‘Yellowstone’: Everything We Know About Season 5

“Yellowstone” is making its long-awaited return! The beloved series is gearing up for its fifth season premiere, and ET is getting you ready by taking a look back at all the goings-on in the Dutton family to this point.

For “Yellowstone” newbies, the Paramount Network series stars Kevin Costner as John Dutton, the family patriarch behind the country’s largest contiguous ranch. As John deals with drama from both his adult children and the ranch’s employees, he’s also facing threats of violence, working to stop land development in his state, and, oh yeah, becoming the governor.

All of that is just the tip of the iceberg, though, as “Yellowstone’”s drama extends far beyond John. Keep reading to see where season 4 left off, and to learn what the actors have teased to ET about what’s to come in the weeks ahead.

What happened in season 4?

Season 4 kicked off in dramatic fashion, as John was fighting for his life after being shot. John’s son, Kayce Dutton (Luke Grimes), Kayce’s wife, Monica (Kelsey Asbille), and John’s daughter, Beth Dutton (​​Kelly Reilly), were also targeted. The black sheep of the family, the adopted Jamie Dutton (Wes Bentley), was not part of the attempted hit, leading to season-long questions about his loyalty to the family.

While it turned out that Jamie was not behind the murder attempts, his birth father, Garrett Randall (Will Patton), was. Instead of killing Garrett, though, Jamie opted to develop a relationship with him, initially at the behest of his ex-employee and now mother of his son, Christina (Katherine Cunningham). That relationship lasted until Beth found out everything and blackmailed Jamie into killing Garrett, meaning that Jamie is at the mercy of both Beth and John going forward. That’s bad news for Jamie, because, though he expected to become Montana’s next governor, it was John who landed that job and the power that comes with it.

All the while, the proposed building of an airport on Montana land caused problems for both John and Chief Thomas Rainwater (Gil Birmingham).

“I think they both have deep respect for each other, because they have a deep connection to the land,” Birmingham told ET of John and Rainwater. “They both want the same thing [for] different reasons.”

Beth tried to remedy the land situation by going to work with Market Equities, but instead ended up making an enemy of its CEO, Caroline Warner (Jacki Weaver), by tipping some protestors off. That move also angered John, as one of the protestors, Summer (Piper Perabo), had become an unlikely friend and was now facing jail time.

Beth was busy outside of work too, as she brought home Carter (Finn Little), an orphaned teen, for her and her husband, Rip Wheeler (Cole Hauser), to quasi-adopt.

“It’s been kind of a slow crawl and he certainly hasn’t given Carter any breaks,” Hauser told ET of Rip’s gruff relationship with the teen. “In [season] 4 it was tough love.”

As Rip taught Carter the ways of the ranch, Rip was also dealing with violent fights between two of his men, Lloyd (Forrie J. Smith) and Walker (Ryan Bingham). Becoming a disciplinarian against Lloyd, his longtime pal, didn’t ruin things between the men, as Lloyd, Carter and John were the only people in attendance at Beth and Rip’s impromptu wedding ceremony at the end of the season.

Elsewhere, after breaking his word to John, ranch hand Jimmy Hurdstrom (Jefferson White) was sent to Texas to work. While there, he met and fell in love with a vet, Emily (Kathryn Kelly). By the end of the season, Jimmy got John’s blessing to leave Yellowstone for good and move to Texas permanently.

The season ended on an ominous note for Kayce and Monica, who had discovered they were expecting baby no. 2. At the end of an intense, days-long sacred ritual, during which time Kayce saw visions of the future, he confessed to Monica, “I saw the end of us.”

What’s to come in season 5?

The trailer revealed that the season will begin with John being sworn in as governor with Beth as his chief of staff and Jamie under his thumb.

“John’s throwing a curve ball right now in this season, and that’s gonna ruffle some feathers and necessitate some reassessment and realignment and a little bit of ambiguity,” Birmingham teased.

“The problem is the land: Who owns it? Who controls it? It’s not always the most fair outcome,” Costner told ET. “The struggle for the Duttons has always been holding on to the land.”

Given that, Market Equities is still going to be a problem, as Caroline instructs her team to “ruin” the Duttons.

“Protecting the land, looking after my father, protecting him,” Reilly told ET of Beth’s season 5 priorities. “Just when I think Beth might be trying to mellow down a bit, she’s a married woman, that’s not happening… The fierceness is legitimately ramping up.”

Emotional moments between Monica and Kayce are also to come, with Monica stating in the trailer, “When I say we give everything to this land, I do mean everything.”

When ET spoke with Asbille, she reacted to the fact that Monica has short hair in the trailer, a potentially meaningful change, because, in Native American culture, a haircut can signify a dramatic loss.

“That is true,” Asbille acknowledged of her character’s hair change. “I think you’re on to something there. I’ll try to dance around this spoiler, but yes, I think it does mean more than just a new ‘do. What they go through changes them [in a] really immense way that I think will inform their place in the family and what’s next for the Dutton ranch.”

As for Beth and Rip, Hauser told ET that their newlywed life is “never really bliss.”

“It’s an interesting season in the sense of [‘Yellowstone’ creator] Taylor [Sheridan] wrote some really wonderful stuff; some really heartfelt stuff,” he teased. “A little bit of the past. You just get to see more into their past as young adults and teenagers.”

“I think Beth is quite old fashioned in her values,” Reilly added. “I think the fact that this man is now her husband, it holds a lot of power, I think, in her… It’s something that I think she’s incredibly proud of and I think it probably gives her a little bit more stability.”

When it comes down to it, Grimes told ET that the series “keeps getting better,” while Bentley ominously stated that season 5 will “Burn. It. Down.”

Are there new characters in season 5?

Kai Caster, Lainey Wilson, Lilli Kay, Dawn Olivieri will all be joining the series’ cast. Caster will play Rowdy, a young cowboy; Wilson, a real-life country singer, will play a musician named Abby; Kay will appear as Clara Brewer, a new assistant for one of the Duttons; and Olivieri will portray a corporate shark named Sarah Atwood.

“I’m so excited to see it. “Yellowstone”, in my opinion, is one of the best shows out there and I’m so excited that I’m getting to join this season,” Wilson told ET. “You’re gonna see me throughout the entire season. I’m going to be playing a musician, Abby. I’m pretty much gonna be myself! I’m getting to wear what I wear, I’m getting to sing my songs and be me.”

Will the show end after season 5?

Whether season 5, which has 14 episodes that will air in two parts, will be “Yellowstone’”s last is currently unclear, and a topic that much of the cast seems to be divided on.

“I think that we are nearing the end,” Asbille told ET. “We’ve got a story to tell and we don’t want to drag it on too long. We want to do a good job for y’all.”

“I don’t think anything’s ending soon. It doesn’t feel like that,” Bentley disagreed. “…  Just to know that we are taking our time to get through the story and make sure we tell it in the best way possible is important. I think more important than kicking them out fast or any of that.”

Grimes went with the middle ground when asked. “I do know that [Sheridan] won’t take it past where it’s supposed to go,” he said. “Sometimes shows that get to this level, they can go on and on and on. But he won’t have our show do that. So we’ll see. We’ll see where it goes.”

As for Costner, while he doesn’t know when the series will end, he has an opinion about when they should call it quits.

“I’ll go till it doesn’t feel like we’re interesting, and right now we have our foot on the gas and that feels OK to me,” he told ET. “… When I found “Yellowstone”, it hadn’t been made. I liked the story, I thought we could do this, so, the idea that it’s good, that doesn’t surprise me at all. The idea that it blew up, that’s something you can’t always predict.”

When and where will season 5 premiere?

Season 5 of “Yellowstone” will premiere with two episodes on Sunday, Nov. 13 at 8 p.m. ET. The show airs on Paramount Network – not Paramount+ – but will eventually be able to stream on Peacock. Until then, cord cutters can tune in with a live TV streaming subscription (Philo, DirecTV Stream, FuboTV and Sling TV are all options), or by purchasing episodes through Amazon Prime Video. 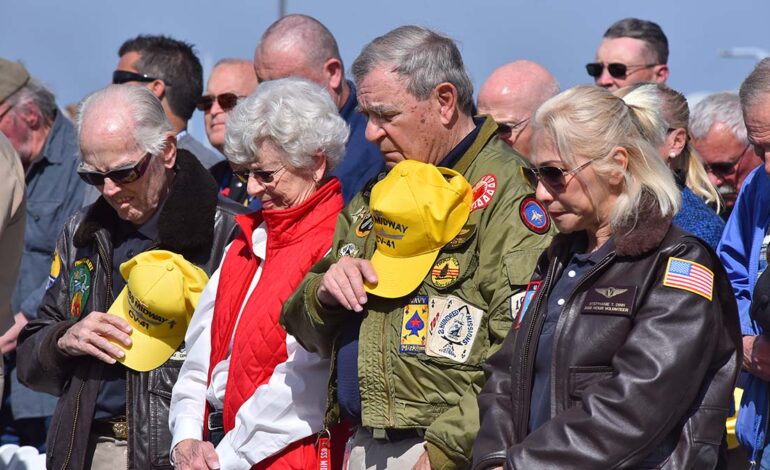 Opinion: Veterans Day a Reminder That Congress Must Continue to Help Our Vets 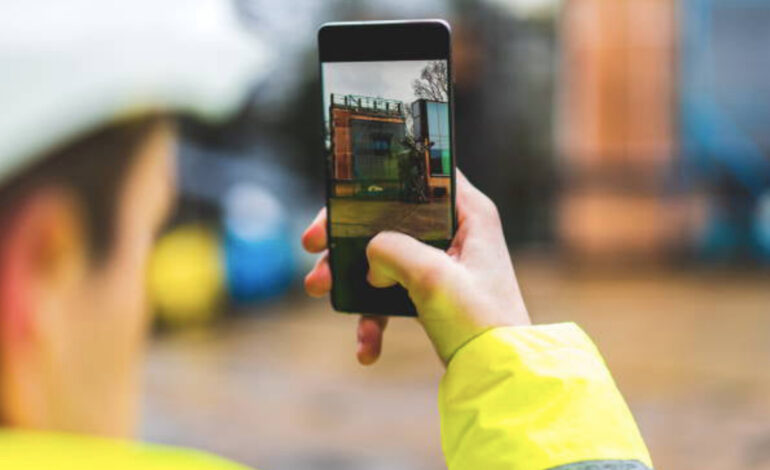