Midnights is finally here! On Friday, Taylor Swift released her highly anticipated 10th studio album, and, as usual, gave fans a lot to break down in the lyrics of the 13 tracks.

The album’s release came after a weeks-long promotional period, in which Swift revealed the track’s titles, spilled the meaning behind some songs, released a “Thursday Night Football” teaser, and even shared a few lyrics to keep fans excited about the impending release.

“This is a collection of music written in the middle of the night, a journey through terrors and sweet dreams. The floors we pace and the demons we face,” Swift said of the album’s concept. “For all of us who have tossed and turned and decided to keep the lanterns lit and go searching – hoping that just maybe, when the clock strikes twelve … we’ll meet ourselves.”

Now that the album is out in its entirety, ET is breaking down all the lyrics and how they relate to Swift’s romance with Joe Alwyn, her famous friendships and more.

Keep reading for a track-by-track breakdown of Midnights.

Leading up to the album’s release, Swift confirmed that the opening track is inspired by her and Alwyn’s romance, and the lengths they go to quiet the outside noise.

“I happened on the phrase ‘lavender haze’ when I was watching ‘Mad Men’, and I looked it up because I thought it sounded cool, and it turns out that it’s a common phrase used in the ’50s where they would just describe being in love,” she said. “If you were in the lavender haze that meant you were in that all-encompassing love glow. I thought that was really beautiful.”

“I guess, theoretically, when you’re in the lavender haze you’ll do anything to stay there and not let people bring you down off of that cloud. I think a lot of people have to deal with this now, not just ‘public figures,’ because we live in the era of social media, and if the world finds out that you’re in love with somebody they’re going to weigh in on it,” Swift added. “Like my relationship for six years, we’ve had to dodge weird rumours, tabloid stuff and we just ignore it. This song is sort of about the act of ignoring that stuff to protect the real stuff.”

Swift perfectly exemplifies this idea on the track’s bridge, demanding: “Talk your talk and go viral / I just need this love spiral / Get it off your chest / Get it off my desk.”

Ultimately, the ethereal opener asserts that Swift is willing to dismiss the clickbait headlines generated by her relationship in order to maintain the sanctity of her love.

Swift clearly experiences heartbreak in shades of deep, burning red. Fans will inevitably draw connections between “Maroon” and “Red (Taylor’s Version)” — but the brooding track demonstrates some of Swift’s darkest, most mature writing to date.

Reflecting on a withering love, she asks, “How the hell did we lose sight of us again? / Sobbing with your head in your hands / Ain’t that the way s**t always ends.”

She continues to croon on the chorus, “The rust that grew between telephones / The lips I used to call home / So scarlet, it was maroon.”

This marks a stark contrast to the aforementioned “Lavender Haze”, making it unlikely that “Maroon” was inspired by her current relationship. Instead, odds are that Swift penned this track recalling feelings of past heartbreaks during a sleepless midnight.

Despite writing autobiographical songs for over a decade, Swift is somehow her most vulnerable on “Anti-Hero” as she explores her deepest insecurities as a 32-year-old woman.

Here, she implores that it’s one thing to experience heartbreak, but even worse to break your own heart.

“I’m the problem, it’s me / At tea time everybody agrees,” she sings before declaring that she’ll “stare directly at the sun, but never in the mirror / It must be exhausting always rooting for the anti-hero.”

Swift previously said the “really honest” track is one her “favourite songs” she’s ever penned.

“I really don’t think I’ve delved this far into my insecurities in this detail before,” she admitted. “I struggle a lot with the idea that my life has become unmanageably sized. Not to sound too dark, but I just struggle with not feeling like a person. Don’t feel bad for me. You don’t need to.”

“This song really is a real guided tour throughout all the things I tend to hate about myself,” Swift added. “We all hate things about ourselves. It’s all of those aspects of the things that we dislike and like about ourselves that we have to come to terms with if we’re going to be this person.”

‘Snow on the Beach’

Lana Del Rey lends her voice to Midnights‘ only collaboration and it’s swoon-worthy beyond belief.

Comparing the “weird, but f**king beautiful” sensation of a new romance to that of witnessing snow falling on a beach, the airy love song will inevitably become another timeless hit in Swift’s catalog.

“You wanting me / Tonight feels impossible / But it’s coming down / No sign of slowing down,” Swift sings alongside Del Rey’s dreamy vocals.

“It’s about falling in love with someone at the same time as they’re falling in love with you in this sort of cataclysmic, fated moment, where you realize someone feels exactly the same way that you feel at the same moment,” Swift previously said of the track. “You’re kind of looking around going, ‘Wait is this real? Is this a dream? Is this for real? Is it really happening?’ Kind of like it would be if you were to see snow falling on a beach.”

As fans of Swift know, track five is always a heartbreaker — we’re looking at you “Dear John” and “All Too Well” — and “You’re On Your Own, Kid” is no different. Despite its up-tempo beat and undeniably catchy hook, the song is filled with gut-punching lyrics of lessons learned.

The track begins with Swift revisiting her small-town adolescence before discovering her love for songwriting: “Something different bloomed / Writing in my room / I played my songs in the parking lot.”

Though she may have traded in performing in parking lots for stadiums, Swift’s ascent to the pop music throne didn’t come without scars.

“I gave my blood, sweat and tears for this,” she sings. “I hosted parties / And starved my body / Like I’d be saved by a perfect kiss.”

Swift previously opened up about her past struggles with an eating disorder in her Netflix documentary, “Miss Americana”. In the film, she confessed that there were times she’d see “a picture of me where I feel like I looked like my tummy was too big, or… someone said that I looked pregnant … and that’ll just trigger me to just starve a little bit — just stop eating.”

In spite of this strife, Swift assures fans that they are well-equipped to overcome anything life throws their way on “You’re On Your Own Kid”.

In “Midnight Rain”, the 11-time Grammy winner finds herself in a web of nostalgia, wondering what could have been if a past romance worked out.

Lyrically, Swift admits that she broke this ex-lover’s heart because, “He wanted a bride / I was making my own name / Chasing that fame.”

Years later, she occasionally finds herself plagued with the unknowingness of if she made the right choice. “Sometimes we all get / Some kind of haunted,” Swift reflects. “And I never think of him / Except for midnights like this.”

In this effervescent bop, Swift confronts a past lover, sassily wondering how he’s doing now that he’s moved on with someone new.

“Does it feel like everything’s just like second best after that meteor strike?” she sings. “And what’s that that I heard / That you’re still with her? / That’s nice / I’m sure that’s what’s suitable.”

Swift proves there is nothing she does better than revenge on the femme fatale anthem, “Vigilante S**t”.

Dripping with venom, Swift declares that she’ll “Draw the cat eye sharp enough to kill a man / You did some bad things, but I’m the worst of them.”

Fueled by its dark and gritty production, the track continues to detail the ultimate get-even scheme.

“She gets the house, gets the kids, gets the pride / Picture me, thick as thieves with your ex-wife,” she baits.

Could Swift be playfully mocking one of her infamous adversaries, like Scooter Braun or Kanye “Ye” West? After all, both men faced very public divorces this past year. While Swift is unlikely to ever confess the subject of the song, one thing’s for sure: She’ll always get the last word.

Swift wonders if she’ll have to sparkle without her beau in this track, asking him, “Baby love, I think I’ve been a little too kind / Didn’t notice you walking all over my peace of mind,” she sings. “… You can try to change my mind, but you might have to wait in line / What’s a girl gonna do / A diamond’s gotta shine.”

In this track, sonically reminiscent of Folklore‘s “Hoax”, Swift tells her one-time love, “I’ll be getting over you my whole life.”

Swift knows that mindset isn’t exactly a popular one, acknowledging, “You know how much I hate that everybody expects me to just bounce back / Just like that.”

A track that’s been teased all the way since the music video for Lover’s “The Man”, “Karma” seemingly takes aim at Swift’s very public battle with Scooter Braun over her master recordings.

“You’re talking s**t for the hell of it / Addicted to betrayal, but you’re relevant,” she sings. “You’re terrified to look down / ‘Cause if you dare you’ll see the glare of everyone you burned just to get there.”

She continues the diss track by pointing out, “my pennies made your crown.”

Co-penned by her Alwyn “Sweet Nothing” is sonically reminiscent of Swift’s previous albums — Folklore and Evermore. Intimate and cozy, the ballad is a rare glimpse into the couple’s six-year relationship.

“I’ll take their pushin’, shovin’ / You’re in the kitchen humming / All that you ever wanted from me was nothing,” she sings over gentle guitar strums.

While they both chose careers in the spotlight, it’s clear that Swift has found solace in the quiet moments at home with her lover.

The album comes to a close with an upbeat, pop track where Swift hints that she always had a diabolic plan to make Alwyn her man.

“You and I ended up at the same room / At the same time,” she sings. “No one wanted to play with me as a little kid / So I’ve been scheming as a criminal ever since to make them love me.” 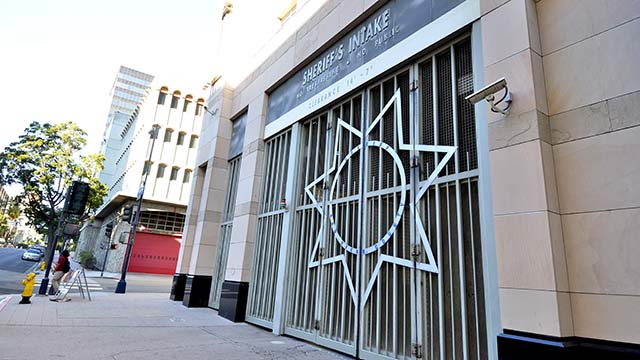 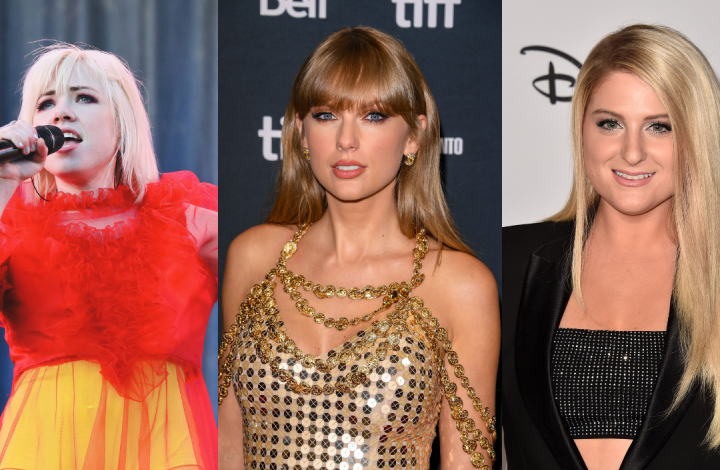