Authorities Friday publicly identified a murder suspect who was fatally shot by police this week when he allegedly reached for a gun during a confrontation outside his home near El Cajon.

Frank Brower, 77, died at the scene of the law enforcement shooting in the 800 block of La Cresta Boulevard in the unincorporated community of Crest, according to the San Diego County Sheriff’s Department.

The events that led to the deadly gunfire began shortly before 4 p.m. Tuesday, when the San Diego Police Department received a report of a violent dispute at a pharmacy in the 5500 block of Reservoir Drive, just east of San Diego State University.

Officers arrived to find the business locked, SDPD Lt. Steve Shebloski said. After forcing entry, they found 66-year-old Mary Ellen Carter of Lakeside suffering from stab wounds to her upper body. Paramedics took her to a hospital, where she was pronounced dead.

Investigators soon identified Brower, a workplace colleague of Carter’s, as the suspected killer and determined that he had left the area in a dark-colored SUV. Police then went to his home in the 800 block of La Cresta Boulevard in the unincorporated community of Crest.

“The officers coordinated with the (county) Sheriff’s Department to check that address, utilizing patrol deputies and … sheriff helicopters,” Shebloski said.

Shortly after arriving, the personnel found Brower near his vehicle, which was parked behind his house.

“When contacted, the suspect failed to comply with instructions, prompting officers to (shoot him with) beanbag rounds, which had no effect,” sheriff’s Lt. Chris Steffen said. “The suspect then reached for what appeared to be a shotgun from inside his vehicle.”

Investigators have determined that Brower and Carter were either co-owners or fellow employees of the drugstore where the stabbing occurred, Shebloski said. What motivated the fatal assault remained unclear Friday afternoon.

Laurel-Torres and Raynor have each been employed with the San Diego Police Department for seven years. As is the case with all law enforcement shootings in the city, the two officers will serve desk assignments until being cleared to return to full duty, Steffen noted. 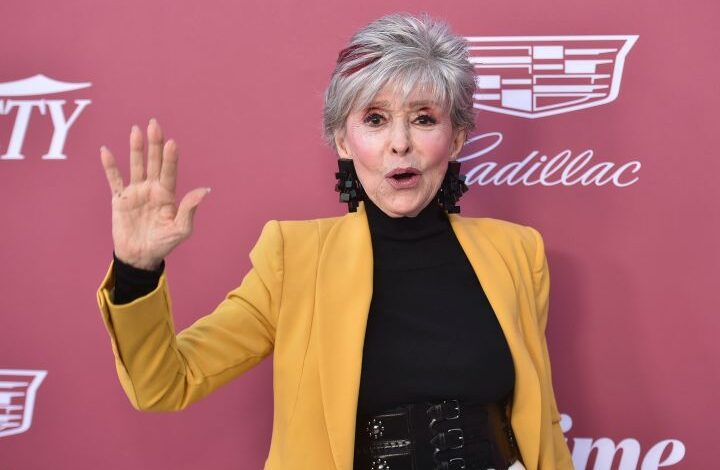 Rita Moreno Was Flustered By ’80 For Brady’ Locker Room Scene: ‘In Seconds I Got Turned On’ 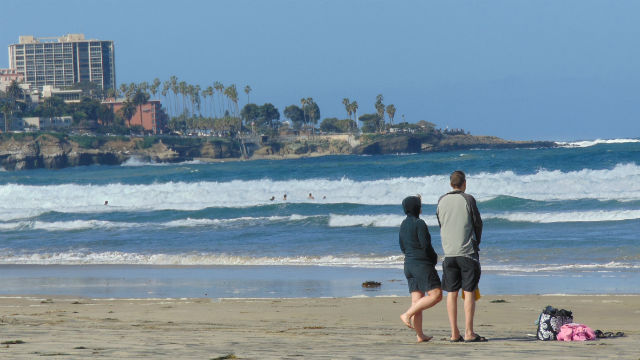 Cool, Clear and Dry Weather in Forecast for San Diego Through the Weekend