Calhoun served as an SDPD officer until last year, the department said late Friday in posts to social media. Both the agency and Chief David Nisleit expressed their condolences to his loved ones and colleagues.

“He made the ultimate sacrifice while serving and protecting the people of Lake Elsinore,” Nisleit wrote in a tweet. “Our thoughts and prayers are with you all during this difficult time.”

Calhoun, 30, who had been with the Riverside department for less than a year, was shot while responding to a call near Lake Elsinore regarding “unknown trouble,” authorities said. He died later at a nearby hospital.

“I shouldn’t be here tonight having to do this again,” Bianco said. “I’m devastated to tell of the loss of another of our deputy sheriffs who was killed in the line of duty today.”

Bianco described Calhoun as a “husband, a son and would have been a dad,” adding that the slain deputy’s wife is pregnant.

He said there wasn’t one person who had a negative thing to say about Calhoun, who joined the Riverside sheriff’s department in February 2022 after spending two years as a San Diego police officer.

“He was always so positive,” Bianco said, and had a “fantastic family.”

“I remember when he was sworn in,” Bianco said. “I hugged his mother and told her I would take care of him.

The Riverside Sheriff’s Association called Calhoun’s death the loss of “another hero way too early in life” and asked “everyone to take a moment to remember his selfless service.”

They described him as someone who “answered the call to serve, defend and protect our community” and called him ” a leader in community policing, (who) believed in people and his ability to speak to the community with respect.”

“To Darnell, being a police officer in San Diego and deputy in Riverside was about making the community a better and safer place for everyone,” association officials said.

As the investigation proceeded Saturday, the Riverside department named Jesse Navarro, 42, of Lake Elsinore as the suspect in Calhoun’s death.

Navarro was shot by one or more deputies and remained hospitalized in critical condition, according to the sheriff’s department.

The incident began around 4:20 p.m. Friday, when a dispatcher took a call and “in the background she heard voices and it sounded like a confrontation was occurring,” Bianco said.

Deputies were dispatched to the unincorporated community of Lakeland Village bordering Lake Elsinore. As Calhoun approached the residence, the suspect began shooting at him, authorities said.

“The second deputy on the scene found Deputy Calhoun wounded in the street,” Bianco said. “A gunfight ensued with the suspect who was shot. The suspect was treated at the scene and transported to the hospital. He is currently in critical condition.”

Nearby Lakeland Village Middle School, where students participating in an after-school program were still on campus, went on lockdown during the incident, witnesses said.

Sheriff’s officials said an investigator from the Riverside County District Attorney’s Office will lead the investigation, aided by the sheriff’s Force Investigations Detail.

“Jennifer and I are heartbroken by the loss of Deputy Calhoun, a dedicated public servant who made the ultimate sacrifice in the line of duty. Our thoughts are with his family, friends and all those he served with at the Riverside County Sheriff’s Department, who are mourning the painful loss of another deputy weeks ago. Deputy Calhoun died a hero and his bravery and selfless service will always be remembered.”

“Deputy Darnell Calhoun represented the best of the California spirit – protecting and serving the public with valor,”  Bonta said. “On behalf of the nearly 6,000 men and women of the California Department of Justice, I extend our deepest condolences to Deputy Calhoun*s family, colleagues, and the entire Riverside community. His service and sacrifice will not be forgotten.”

The shooting came 15 days after Deputy Isaiah Albert Cordero was fatally shot during a traffic stop in Jurupa Valley Dec. 29, which had been the first line-of-duty death of a Riverside County sheriff’s deputy in 15 years. 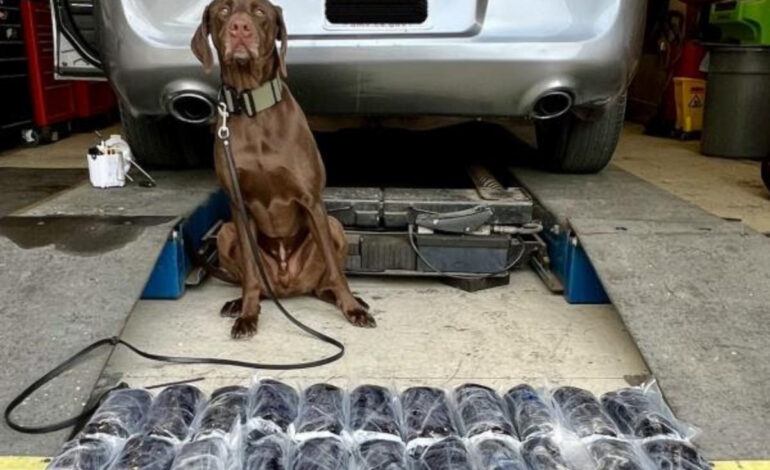 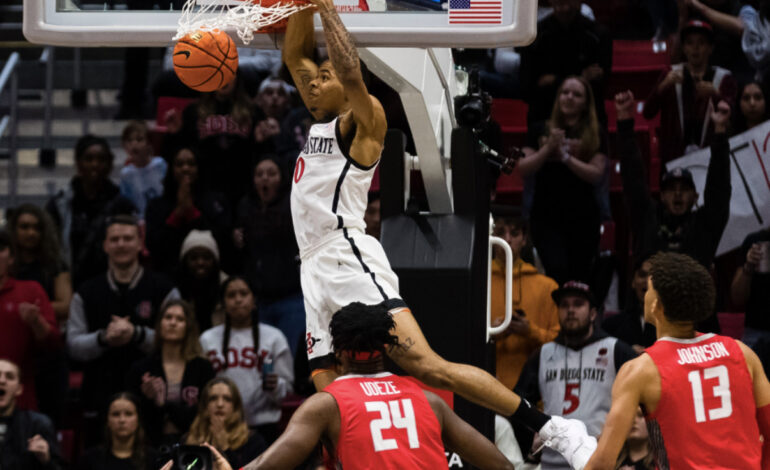 Aztecs Lose Mensah to Fit of Temper, Then Game, as Lobos Prevail 76-67