Selma Blair Pushes Through ‘DWTS’ Rehearsal After Fainting Spell, Says ‘I Pass Out A Lot’

Selma Blair is opening up about an “added layer” of her experience with multiple sclerosis and how she’s pushing through it and staying competitive on “Dancing With the Stars“.

Only ET was with Blair and her partner, Sasha Farber, inside their rehearsals this weekend, with Blair’s good friend, Amanda Kloots, serving as a special correspondent for the interview. During their chat, Blair introduces her sweet service dog, Scout, and reveals that part of the pup’s job is to protect her during fainting spells.

Farber shares that Blair had texted him from the airport one day earlier, announcing that she had fainted but was OK and would be joining him for rehearsal shortly after. “I’m like, ‘Take the day off, just chill,’” Farber says. “She’s like, ‘Nope!’”

The pair planned to practice for two hours before calling it a day, but Farber says that Blair pushed to continue together for five hours that session.

“The thing is, I pass out a lot,” Blair says. “It’s part of the reason I have Scout and it doesn’t mean I lose consciousness [or] it’s a whole ambulance experience, it’s something that I lose my vision, gravity pulls me down and I’m very disoriented and gone for a spell. He’s kind of there to also catch me, you know, make the ground a little closer with his back.”

She continues, “It’s just something that I have to be honest with where I’m coming from but also know, like, ‘Wait, I really have this.’ It comes and goes.”

The 50-year-old actress adds that once she gets calm, breathing and moving again, she feels “totally at home” on the dance floor.

Blair and Farber are busy readying their Rumba – with a twist – for this week’s Bond Week competition. They’ll be dancing to Sheena Easton’s “For Your Eyes Only,” from the 1981 film of the same name.

“She will be blindfolded for the whole dance,” Farber teases. “Which is a gamble … It’s very James Bond.”

The dancer says that as he’s worked with Blair over the last few weeks, he’s noticed that “when she wants to feel comfortable, she closes her eyes. So, I figured let’s give this a go. Let’s blindfold her for the whole dance and see. … Take away her vision so we would enhance the feel of the message from the brain.”

Blair notes that closing her eyes is a tool she often uses at home to complete basic tasks.

“I do find that I shut my eyes and it makes me center a lot more,” she says. “So I can kinda calm down.”

“I was doing it before in life, just the way I would approach things would really raise my nervous system,” she continues. “I can get really quickly kinda frantic because I get overwhelmed, or maybe that’s just my personality or sort of attention span with some things.”

Now, Blair credits her experience in the ballroom with helping to center and balance her breathing – a message she hopes to share with others.

“It’s been so heartening to see what I think this can do for a lot of people that move or present differently and think they can’t do things,” she explains. “It’s such a blessing to be able to learn some fluidity with dance. It really does help me learn to breathe. That’s something I’ve never done well, even before MS, just being a Midwest girl and not ever really approaching breath.”

Calling herself a “breath holder,” she says that learning to “expand and getting my diaphragm going, and lead with my chest and toes” is “such a blessing.”

Selma Blair on Ditching Her Cane in ‘DWTS’ Debut (Exclusive)

Selma Blair on Competing on ‘DWTS’ With MS (Exclusive) 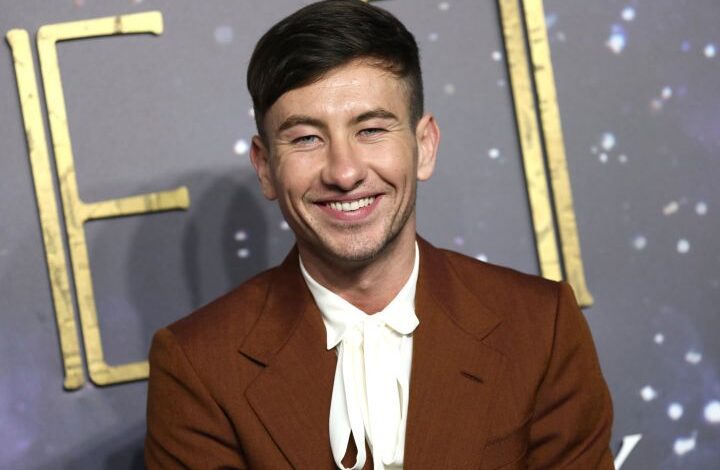 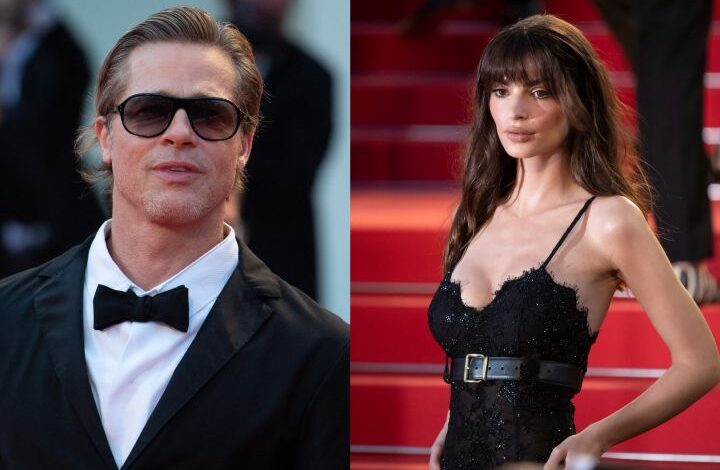 Emily Ratajkowski Is ‘Pretty Smitten’ With Brad Pitt: ‘There Is An Attraction’ (Report)