The Jewish Federation of San Diego is hiring a security chief. The Glickman Hillel Center coming to UC San Diego is doubling outdoor wall heights to 8 feet and making sure cameras have no blind spots. Parents are checking for armed guards before enrolling their kids in Jewish preschool.

And local Jews are “talking now about keeping their passports ready.”

Speakers at a Town Hall on antisemitism Thursday night at Del Cerro’s Temple Emanu-El described the real fears of the Jewish community and what they’re doing about it.

Heidi Gantwerk, CEO of the Jewish Federation, addressed about 300 colleagues and civic leaders. She made the passport remark and said: “Our job descriptions have changed” with program funds being diverted to security.

Despite being told at a journalism conference that antisemitism is “as old as the hills,” she said now it feels different.

“It’s pervasive, normalized, insidious,” Gantwerk said before introducing a panel that included Mayor Todd Gloria and District Attorney Summer Stephan. “It’s coming from right and left and center. It is spreading like wildfire over social media.”

“Antisemitism can be defined as the marginalization and oppression of Jews,” said the booklet. But hatred of Jews loomed larger at Thursday’s event.

District Attorney Stephan cited the flying of a “Kanye is right about the Jews” banner at a Los Angeles freeway overpass, and said “it was OK” with local authorities.

But in San Diego, “we prosecuted that banner,” she said. And a felony hate-crime defendant “fled like the coward he is to Poland.”

Stephan said she could feel “the hope and the hurt in this room, but the hope is bigger” even as she outlined the “ripple effect” of hate crimes making many feel afraid and unsafe — and not just immediate victims.

She highlighted her hate-crimes unit — naming members in attendance — and gave out the phone number to report such crimes: 619-515-8805.

“San Diego will be the shining example of how we defeat hate,” Stephan said.

López described how his own parents — a Jewish mother from Eastern Europe and father from Mexico — were disowned by their families but also couldn’t accept their son being gay. He called out the “hypocrisy of hate in my own family.”

He said he learned of the terror killing of Lori Gilbert-Kaye at Chabad of Poway in 2019 while leading a Pride meeting at the local LGBT center. But after giving members permission to leave, “There were people who were upset with me for stopping the conference.”

He said he had to cry in the alley behind the Hillcrest center.

“We have to understand the common threat and common enemy,” López said, calling the record number of killings of transgender women “canaries in the coal mine.”

Speaking briefly at the end was San Diego U.S. Attorney Randy Grossman, a member of Temple Solel (where his wife, Dawn, is CEO). He told how the federal Department of Justice was created to combat the Ku Klux Klan and “fighting antisemitism, fighting hate wherever it is, is a cornerstone of our mission.”

He noted tough state hate-crime laws and said: “We are particularly blessed that we have Summer Stephan as our district attorney.”

But Grossman added: “We also understand that we can’t prosecute our way out of hate — that we have to prevent it,” calling for more education in the schools. “We hosted a poster and essay contest in our office. Wonderful to see optimism through the eyes and the words of children.”

Sachs recommended the book “Antisemitism Here and Now” that encourages Jews to balance the “oy and the joy” of Judaism. (“I think it’s a wonderful gift for the holidays — for the well-being of our society,” she said.)

Later, Sachs said that, coming out of COVID, more Democratic clubs of different races can meet and share experiences.

“I can’t speak for the Republican Party, but I’m sure they have wonderful things like this as well,” she said, sparking audience laughter.

Parry said bagels were a good icebreaker and a means to gain allies on campus.

“It’s heartbreaking,” Parry said of the current climate, “and yet we see the light at the end of the tunnel, which I see every day.”

Jewish Federation CEO Gantwerk echoed that optimism in her opening remarks: “Despite all the concerns that brought us here tonight, Jewish life is thriving in San Diego.”

But despite the “Town Hall” branding, no questions were taken from the floor. Perhaps a half-dozen questions — chosen by the Anti-Defamation League — came from online registrants and index cards at the event.

(About 150 questions were submitted online and about 25 at the event, an ADL spokeswoman said.)

District Attorney Stephan, surrounded by security, exited the building through a side door near the bema, or stage. She didn’t address questions about her controversial use of George Soros during her 2018 campaign. Shielding her, one member of her detail told me: “There’s a comms team member that will be happy to help you. He’s right over on the side there.”

During a discussion of how Jewish-Americans and African-Americans can heal a sometimes fraught relationship, audience member Marti Eisenberg wanted to make a comment.

Moderator Perlov hushed her. “If I allow you, I have to allow everybody,” she said, instructing her to fill out a comment card.

Eisenberg told Times of San Diego that she wanted to share how, while delivering meals to mostly non-Jews through Jewish Family Service of San Diego, she had a chance to talk with clients.

“And here I am working with a Jewish organization helping them bring food,” she said. “And being kind to them. And that’s how they’re going to get to know that Jewish people are pretty nice, you know?”

She said she asks clients how their families are doing. One lady told her: “Horrible” because her grandson had recently been murdered by shotgun in Las Vegas.

“I’ve known these people now for two years,” she said of her clients in San Diego and East County. “They call me and I’m not allowed to answer. But they leave messages.”

Rabbi Devorah Marcus of host Temple Emanu-El opened and closed the event with mini-sermons. At the outset, she told the story of how twins Esau and Jacob — despite having reason to fear bloodshed — ended up making peace.

But in concluding remarks, Marcus recalled God admonishing the angels for celebrating the drowning death of Pharaoh’s army in pursuit of the fleeing Israelites.

“The rabbis [taught us] all that we can never celebrate even the violent death of our enemies because the minute that we do, we become Pharaoah,” she said.

Marcus recalled the audience laughter at a remark about the GOP — and how “the current president of Israel” (Isaac Herzog) once referred to interfaith marriage as a plague.

“That is assuming a racism in a whole bunch of people,” she said. “If we do not check ourselves for our bias [and make] ourselves accountable for the hatred that we have for the other … we are subject to the capacity for hatred that winds us right back up to what we are trying to overcome.”

Before helping lead the sanctuary in arms-locking song, Marcus said: “We wear our badges that say: ‘No place for hate.’ We should wear those badges over our hearts so we remember where it is we have to start. It starts with us.” 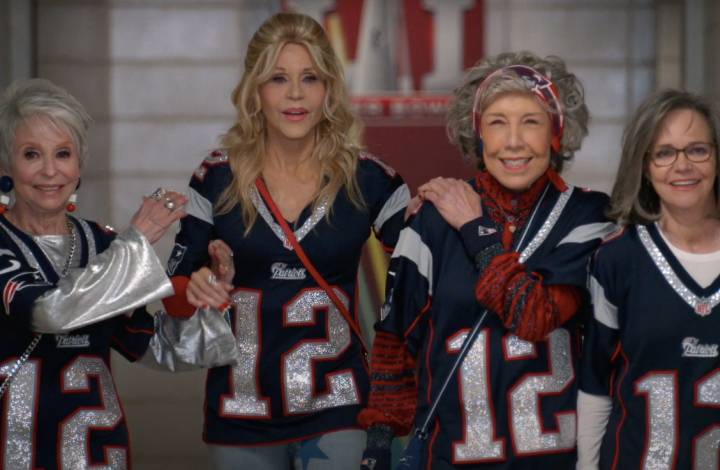 Tom Brady Gushes Over Working With ‘The GOATS’ In ’80 For Brady’, Jane Fonda Calls The NFL Star An ‘Absolute Unicorn’ 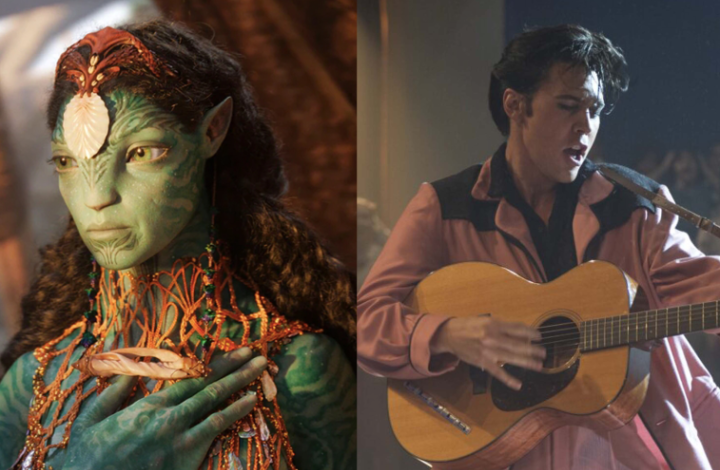