Move over, Sherlock Holmes. London has two new inquiring minds on the case of a murdered actor in the ensemble murder-mystery-comedy “See How They Run”.

In the film, set in 1950s London, Saoirse Ronan and Sam Rockwell are two inspectors hired to solve a series of murders targeting actors in a West End play. An ambitious producer wants to turn the popular stage production into a feature film when one of the play’s key actors (Adrien Brody) is murdered, leaving each of his remaining co-stars as suspects and potential victims.


READ MORE:
‘Knives Out’ Sequel Gets An Official Title: ‘Glass Onion: A Knives Out Mystery’

“See How They Run” arrives in theatres on September 30. 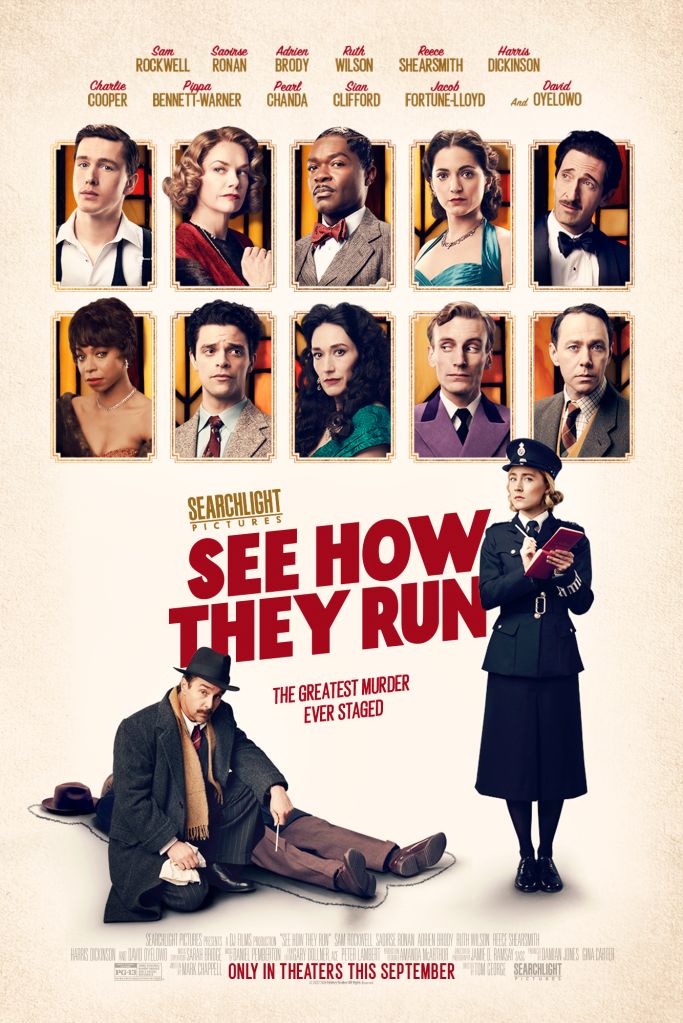 Kesha Journeys Into The Paranormal In ‘Conjuring Kesha’ Series Trailer