By Brent Furdyk.
Published: 4 mins ago
Last updated: 17 secs ago

Rita Ora and Taika Waititi recently tied the knot, with sources confirming the two were wed in August in an intimate ceremony.

The singer opened up her London home to Architectural Digest in a new video, and apparently give viewers a flash of her stunning engagement ring and wedding band.

During AD‘s tour, noted People, Ora explained how the home was originally built in the 1800s, and once owned by famed illustrator Arthur Rackham, whose work included the illustrations for the first editions of Sleeping Beauty and Alice in Wonderland.

“The house has a lot of energy — good energy. All the sort of creative juices that I need and I kind of felt as soon as I walked in here,” Ora said as she walked through the home.

As she led the tour, her sparkling engagement ring and gold wedding band could be seen on her left hand.

“It was a really intimate ceremony and super special for everyone there. Their nearest and dearest can see how madly in love they are,” a source told The Sun of the couple’s wedding. “Despite living in the spotlight, Rita is determined to keep the relationship as private as possible and didn’t want to make a big song and dance about the wedding.” 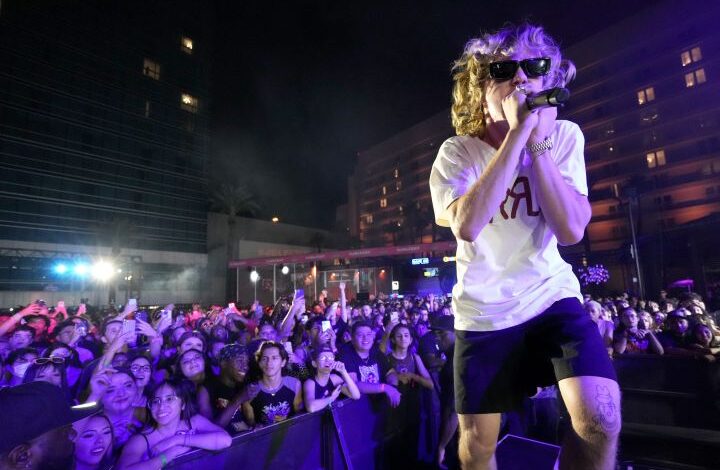 The Kid LAROI Wants To ‘Inspire’ Australia The Way Drake Did For Canada, Shares Advice From Justin Bieber