Some restaurant staff dressed as Power Rangers were real-life superheroes on Friday.

A Twitter thread revealed how staff at NōKA Ramen in Oakland, California, where they serve a cocktail called “The Noka Rangers,” came to a woman’s rescue after she rushed into the eatery trying to escape from a man.

The tweets began, “The craziest thing just happened at dinner. I’m at a ramen shop owned by Thai people in Oakland dressed as power rangers, when a woman comes rushing in saying she wasn’t safe — and a man came running in after her and puts her in a chokehold.”

The craziest thing just happened at dinner. I’m at a ramen shop owned by Thai people in Oakland dressed as power rangers, when a woman comes rushing in saying she wasn’t safe—and a man came running in after her and puts her in a chokehold.

“Once the woman had expressed she wasn’t safe, and she didn’t want to go home with this man who was choke holding her, the black power ranger (the manager with a kickass bob) and the yellow ranger, told the man to leave,” the thread went on. “He swung at them. This is when all rangers yelled, ‘Huey!’”

The social media user stated that everyone told the woman in question to hide in the kitchen, claiming the man was being racist.

“Huey” is the Thai expression of the Cantonese “Waaah,” the Korean “Yaaa” and the English, “The fuck?”

& the yellow ranger (who has the sweetest eyes & a sleeve of tats) stood in front of the black ranger & blocked it. Everyone tells the woman to hide in the kitchen.

We’re trying to call the cops. Patrons are shaking & crying. The pink power ranger (hostess) tells us our food is free.

The man goes outside, starts picking up chairs, baby seats & salt + pepper shakers to throw at the windows.

I, for some reason, start wolfing down my ramen.

They added that the Yellow Ranger grabbed the man by the collar and dragged him out of the restaurant, admitting that people in the restaurant were “shaking and crying” amid the incident.


READ MORE:
Kylie Jenner Claps Back Over Comments On Her ‘Power Rangers’ Costume For Halloween

See more from the ordeal below:

(In retrospect, we’re now curious about this airdrop.)

More swings are swung, more power rangers pile onto the men at the door to lock them out. Locking us in.

I tell the hostess we’re paying her for our meal & double the tip.

“We’re beta testing these costumes, but we wore the right outfit tonight.”

Black Power Ranger Manager of the Year with kickass bob says: “I’m a power ranger with absolutely no power.”

We chuckle as more Thai people show up. Presumably the owner of the restaurant.

There’s no sense, moral or meaning to this story, except that I can’t believe power rangers are actually Thai? I’m grateful no guns were involved. And the food at Noka Ramen was excellent.

NōKA Ramen has since posted a snap of their Power Rangers, alongside the caption: “Our NōKA Rangers were real life heroes last night when an incident occurred 💛 Like our heroic namesakes, it’s not just the powers and costumes that give us strength. It’s who and what we are inside that empowers us.

“While we’re proud of our team for going above and beyond in our time of need, we would like to assure our guests that this event is an anomaly at our restaurant. The safety of our guests and employees is of utmost importance to us. We are fully cooperating with the police in identifying the individual involved.” 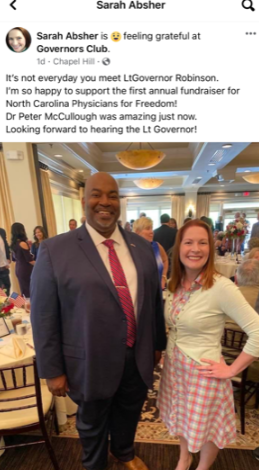