By JAKE COYLE, The Associated Press.
Published: 11 secs ago

When Sarah Polley has flown from her home in Toronto to the U.S. this year for the release of her film “Women Talking”, she’s had conversations with customs officials that usually go something like this:

“What are you here for?”

“What’s the name of the film?”

“Then I get either the biggest eyeroll you’ve ever seen or I get something openly confrontational like, ‘I’ve had enough of that in my life. I’m not going to see that movie,’” Polley says. “Then I have to decide whether to take the bait and risk not getting into the country.”

Sometimes, she does take the bait. The title, she notes, isn’t “Women Shouting” or “Women Berating”. And yet she’s found it’s often received like a confrontation.

“One guy I asked: ‘So if I told you there was this movie called “12 Angry Men”, would you feel the same way?’” Polley, the 43-year-old Canadian filmmaker and actor, said on a recent stop in New York. “He was like ‘I don’t know.’ And I was like, ‘Well, I think you should just sit with that then. I still want to get into the country, I’m just saying to sit with that.’”

Simple as its title may be, “Women Talking” is a radical work, in both its subject matter and execution. It’s adapted from Miriam Toews’ acclaimed 2018 novel, loosely based on real events, about an ultraconservative Mennonite colony in Bolivia where many of the village’s women gather in a hayloft to discuss a deeply alarming revelation: Men in their colony have been drugging and raping them in their sleep.

The conversation that unspools among the women (the ensemble includes Claire Foy, Jessie Buckley, Rooney Mara, Judith Ivey, Sheila McCarthy and Ben Wishaw as the lone man in the room) is riven with questions of justice, fate and spirituality. Should they stay or leave? Remake the community or start it anew?

Specific as the circumstances are, the dialogue — at turns furious, anguished, ruminative and hopeful — more properly takes place in a realm of fable. “Women Talking” could be anywhere, anytime. The conflicting points of view could even be one woman’s inner monologue. It’s a story that reverberates with the present realities of #MeToo yet it’s also archetypal, out of time.

It was that forward-looking nature in “Women Talking” that first struck Frances McDormand, a producer of the film who also plays a small role as a character named Scarface Janz. After reading Toews’ book, McDormand sent it to Dede Gardner, the Oscar-winning producer and president of Plan B Entertainment.

“When I read it, I was really confused about the conversation around predatory abuse, predatory abuse of power, what hadn’t changed and what seemed to be literally in reversal from when I was an idealistic, broad-eyed, bushy-tailed feminist at 17,” McDormand says. “All the things I thought were possible seemed to be shifting.”

“Miriam framed the conversation about the future,” McDormand adds. “Not about the past or about the murky present, but a bright future where the rules can change.”

As the production took shape, with Polley writing the script, “Women Talking”, itself, became an opportunity to challenge and remake the largely male-written rules of the film industry. Polley, director of the Alice Munro adaptation “Away From Her” and the family investigation “Stories We Tell”, had had three children in the decade since directing her last film. She wanted to foster a more humane working environment, with child care, reasonable hours and open dialogue.

“We literally made a wish list: If it could be a utopian world, what would it look like?” says McDormand. “There is a difference between a matriarchal system of working and a patriarchal one. The whole process was different because it was women talking. I really love Dede’s answer for this. She says: It’s not that hard to do. You just bake it into the budget. I think it’s a really great phrase that we need to use in the industry more. You bake shorter days. You bake the idea that the entire crew should not be sacrificing their personal lives for the making of the film. It’s not cancer research.”


READ MORE:
Sarah Polley To Be Honoured With Director Of The Year Award At Palm Springs International Film Festival

Foy, who movingly plays a woman named Salome, entered a film environment unlike any she had encountered before.

“It wasn’t like it was an all-female set or anything like that,” says Foy. “But it was the first time I had done anything from a female perspective and about something women experience as it is, as opposed to how it’s been in movies that are directed by people who aren’t women. There are basically three generations of actors on that set and all of them were doing it for the first time — which is, I don’t think, necessarily a glowing report of the film industry.”

A title card at the start of “Women Talking” describes it as “an act of female imagination.” Often, that imagination was inspired by real-life experience that filtered into the movie. A second or simultaneous dialogue transpired during the film’s making as the troupe shared stories with one another. A therapist specializing in trauma after sexual assault was present on set.

“These conversations would happen with people of all genders on our set, and we would come to a better place through everyone’s collective experience,” says Polley. “Those were, for me, the most magical moments.”

Polley had experience to draw on, too. In her autobiographical essay collection, Run Towards the Danger: Confrontations With a Body of Memory, published earlier this year, Polley recounts an sexual encounter, when she was 16, with the former CBC radio host Jian Ghomeshi, who in 2016 was acquitted of five charges related to sexual assault. In the essay, Polley describes how she struggled with whether to come forward with her experience with him during the high-profile trial, and felt guilty after she didn’t. Ghomeshi maintained the allegations were inaccurate but acknowledged “emotionally thoughtless” behaviour toward women. He didn’t respond to messages.

“Inevitably and understandably at the beginning of this conversation that’s happened the last five years, there was a lot about naming and pointing out individuals, and that can be an important part of the process,” says Polley. “But I think a more important part of the process in my mind is looking at the systemic problems that lead to people being able to behave like that.”

Outside of the frequently fractious public #MeToo debates, “Women Talking” found a sustained conversation forged on togetherness, mutual respect and the possibility of creating a new path forward.

“It was magical, basically,” says Foy. “It was a magical, if not harrowing and sometimes very difficult, experience. But it was, like, the whole reason anyone does this for a living.”

The actors reached the hayloft by one of two staircases. It was, McDormand says, like entering a sacred space. For McDormand, the experience making “Women Talking” felt like forging something new in a film industry that has made strides in women behind the camera, but one where a film like “Women Talking” is still a clear exception.


READ MORE:
Sarah Polley Explains Why It Was ‘So Much More Important’ Not To Show Any Sexual Violence In ‘Women Talking’

“Speaking from a position as a 65-year-old person who’s been in the industry, it’s a really good time for all of us to sit still, keep our mouths closed and listen,” says McDormand. “That’s what I’ve been given the great good fortune to do with Sarah and Dede and watch them take the industry to the next place that it has to go. No more stasis. Not interested.”

Just getting “Women Talking”, shot during the pandemic after a one-year delay because of COVID-19 made was an accomplishment. To Polley, more heart rending was that it proved that such a conversation is possible to have, in a hayloft or anywhere else.

“It felt so utopian at so many points that I think it shifted my worldview,” says Polley. “I just feel so much less cynical after going through this experience.” 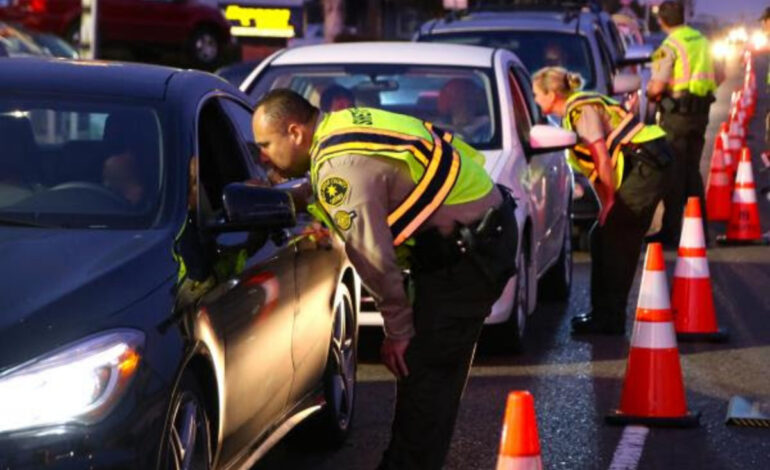