By Miguel A. Melendez‍ , ETOnline.com.
Published: 19 secs ago

The Palace released a new photo of the ledger stone, which the Palace says is made of hand-carved Belgian black marble with brass letter inlays to match the previous ledger stone installed in the chapel. The memorial chapel sits within the walls of St. George’s Chapel in Windsor. The new ledger stone now reads the late monarch’s name as well as her late husband, Prince Philip (1921-2021), and her late parents — King George VI (1895-1952) and Queen Elizabeth (1900-2002).

The photo of the ledger comes just days after Her Majesty was laid to rest with the Duke of Edinburgh following a state funeral in London that was witnessed by millions in the UK. A number of world leaders also descended on London to pay their respects in person. ​

After she was laid to rest, many started weighing in on the probable cause of Elizabeth’s death. ET’s Kevin Frazier spoke to royal expert, Katie Nicholl at the Methodist Central Hall in Westminster, where she said the Queen “ultimately died of a broken heart,” just over a year after Prince Philip’s passing in April 2021.

“That moment where the Queen’s coffin was lowered down into the royal vault was very, very powerful. Very emotional,” Nicholl said of the funeral’s final moments. “The King found that very, very difficult to watch. But actually, what viewers may not realize, is the Queen had this all worked out, because in that same royal vault, currently lying, is the Duke of Edinburgh’s coffin, and they will both be interned together in this private ceremony, which won’t be televised, which will only be for immediate family.”

She continued, “And it was her wish, that he waited for her in the royal vault. She said, ‘Don’t open up my father’s vault,’ which is where they will all end up together, because she knew she wouldn’t be long after, and she wanted that final journey to be made with Phillip by her side.”

The King George VI Memorial Chapel where Elizabeth was laid to rest was commissioned by Her Majesty in 1962 as a burial place for her father, and it was designed by George Pace. Its construction was completed in 1969. Princess Margaret, Countess of Snowdon, the youngest daughter of King George VI and Elizabeth’s lone sibling, is also resting at the chapel (ashes). She died in 2002.

St. George’s Chapel was begun by King Edward IV in 1475 and finished just over 50 years later by King Henry VIII. According to the Palace, the chapel is a Royal Peculiar, as in the chapel is not subject to a bishop or archbishop but which owes its allegiance directly to the Sovereign.

St. George’s Chapel has celebrated countless royal weddings, including the Earl and Countess of Wessex in June 1999, the Duke and Duchess of Sussex in May 2018 and Princess Eugenie and Jack Brooksbank in October 2018.

In 2005, a service of dedication and prayer was held in the chapel following the marriage of King Charles and Camilla, Queen Consort.

The funeral service for Prince Philip was conducted at the chapel in 2021, and the Committal Service for Her Majesty Queen Elizabeth took place at the chapel earlier this week, followed later the same day by the private interment service.

Also, earlier this week, Buckingham Palace released a photo of the newly minted monarch carrying out official government duties, with a photo of his late mom and dad behind him.

Taken in the Eighteenth Century Room at Buckingham Palace, the new pic shows Charles reviewing documents from The King’s Red Box, which contains papers from government ministers in the United Kingdom and the Realms and from representatives from the Commonwealth and beyond.

The documents are sent from the Private Secretary’s Office to the king, wherever he may be in residence, in a locked red despatch box. 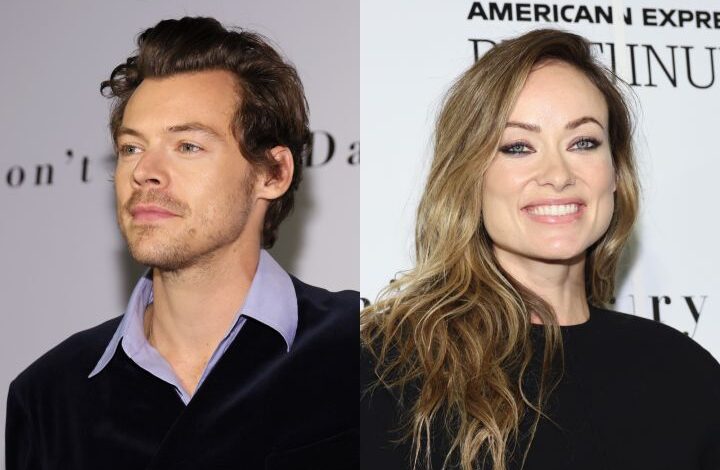 Harry Styles And Olivia Wilde Dine Out Together Amid Breakup Rumours 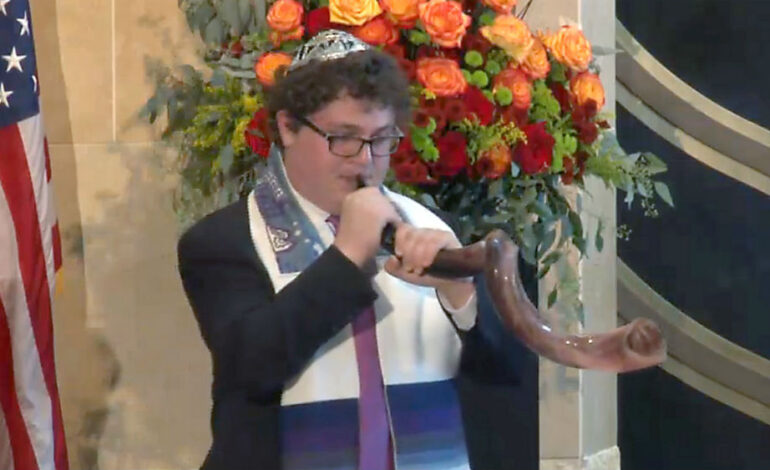