“I am 100% not ok. If I wasn’t spiritual I could kill my self (but then I’ll go to hell and my man not there) My man saved my life, Throwing me under that table. I’m not supposed to be here but bc of him. I am. No one would be able to handle this. TBH, I can’t even handle this,” Sibounheuang, who was at the Roscoe’s Chicken & Waffles when the shooting occurred, shared.

The Philadelphia hip-hop artist was having a meal with his girlfriend when robbers approached him at his table, took items from him and fled in a car that was waiting in the parking lot. He was later pronounced dead at a hospital — something Sibounheuang said she did not know until hours after the incident.

“To witness what I saw and to keep seeing it in my head, to being forced out the restaurant, to not be able to go in the ambulance or the hospital, Car keys, purse and my phone taken from me, forced in the back of a police car, locked in an interrogation room all night, while all this is going on and to be the last person in this world to know my man didn’t make it after having the faith and confidence that he was,” she continued, detailing more of what happened on that tragic day.

Sibounheuang, whose message came with videos of her and the late rapper, also touched on their relationship, which she was “finally perfect” for their family. The pair welcomed their first child together, Xuri Li, in 2020. Allen was also dad to daughter Milan.

“I felt this time in my relationship everything was finally perfect for our family. My man had gave his self to GOD. Did a complete 360. He was loyal. He was patient. He was teachable and a teacher. I was finally letting the past go, and letting him show up as his changed self. My last day with u. I told you ‘I know you my husband. I know you my soulmate.’ Even it was for a little bit. At least we got to experience what having a soul mate is… and for that…I am grateful,” she added.

The social media influencer admitted that she’s been struggling since Allen’s death, adding that it takes “so much prayer” and “spiritual therapy” to do the simple things in life now.

“It takes so much prayer and spiritual therapy to gain the strength to do the simple things in life now. They say your angels come and stop by and visit you but I feel like mine is always here, it ain’t no stopping by. This life we live on earth is just temporary before we get to heaven or hell. Where we will spend eternity. Only thing matters in this short life is LOVE anything else is irrelevant…you can’t take NONE OF THIS STUFF with you. The devil is running loose on earth,” Sibounheuang said, before bringing the post to a close. “I will never understand a loss so close. I feel so empty. My world is dark now. My heart is broken for the kids. Cover me with strength, grace, and vision to carry on for the family. Shed light on this world in such dark times. Let your power overcome evil. Pain is real. No matter how rich u are, how famous u are, how spiritual u are. Some pain is inevitable.”

Late last month, a man and his teen son who were responsible for killing Allen, were arrested and charged with murder. The Associated Press reported that a FBI-led fugitive task force took Freddie Lee Trone, 40, into custody in Las Vegas. Trone had been charged that day with one count of murder, two counts of second-degree robbery and one count of conspiracy to commit robbery, the District Attorney’s Office told the publication.

Trone’s 17-year-old son was also arrested and charged with the same counts.

Allen was most known for his 2016 song, “Selfish”, which peaked at No. 51 on the Billboard Hot 100. The 30-year-old rapper also collaborated with YFN Lucci on the 2017 track “Everyday We Lit”. His most recent work, “Luv Me Again,” was released last month.

Following his death, his label, Atlantic Records, told ET in a statement, “PnB Rock was more than an artist. To many, Rakim Allen was a great friend. He was also a wonderful father to two beautiful little girls. This news is heavy on our hearts and we are all hurting over this senseless loss. Our thoughts and prayers are with his family during this difficult time.” 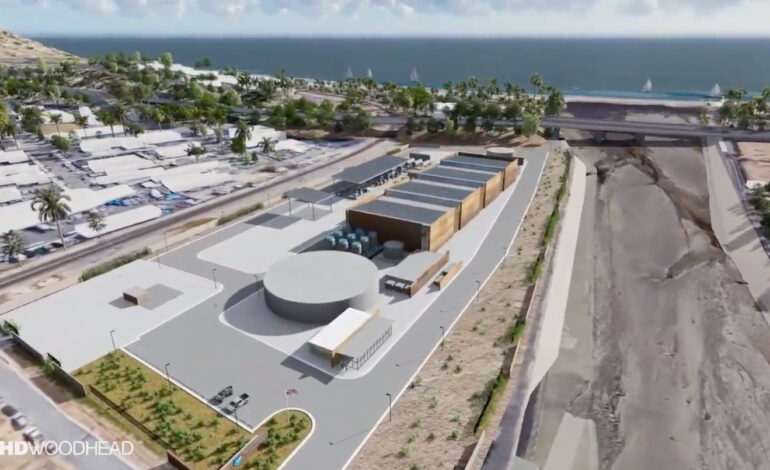 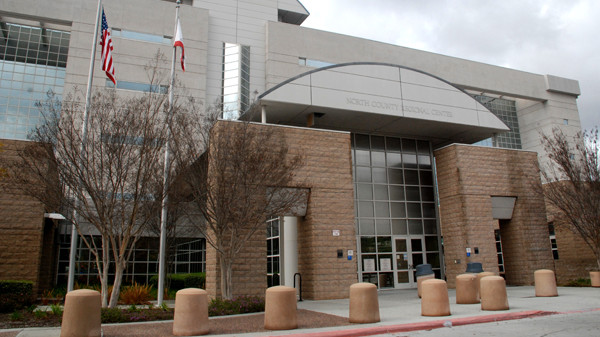