The Padres put their power on display in New York – mostly from unexpected sources – as they cruised to a 7-1 win Friday to get the jump on the Mets in their National League wild-card series.

The Friars could wrap up the best-of-three series Saturday when Blake Snell takes the mound against Mets ace Jacob deGrom.

The Padres drew first blood thanks to Josh Bell, who had struggled following the August trade that brought him to San Diego. But he’s hit Met starter Max Scherzer in the past and he did again Friday, as his first-inning blast to left center brought in Jurickson Profar, who had singled. Trent Grisham added to the advantage with a two-out homer in the second.

They opened up a sizable lead, though, three innings later, following a Ha-Seong Kim single and a one-out, ground-rule double by Austin Nola. Profar stepped in and tagged Scherzer for yet another homer, this time to right for a 6-0 lead.

One out later, Manny Machado added to Scherzer’s pain with a solo knock to left center.

“We hit some mistakes when he made them,” manager Bob Melvin said. “Which he does not do very often.”

Machado’s shot knocked Scherzer out after just 4 2/3 innings as the Met starter gave up more runs than he ever had before in his post-season career. New York scored in the bottom of the fifth after the Padres’ outburst, a solo homer from Eduardo Escobar, but that was all, thanks to Yu Darvish.

Darvish went seven, giving up just the one run, along with six hits while striking out four. The Mets challenged him in the first, with two on, after he hit Francisco Lindor in the foot with a pitch and Jeff McNeil followed with a single.

But he struck out slugger Pete Alonso and Daniel Vogelbach, who ended the inning by flying out to right. After Darvish’s departure, relievers Robert Suarez and Luis Garcia each added scoreless innings to close it out for the Padres.

It wasn’t the storyline envisioned by prognosticators. The Mets won 101 games – 12 more than the Padres – and barely were edged out for the NL-East title, while the Friars finished a distant second to the Los Angeles Dodgers in the west. If they dispatch the Mets, the top-seeded Dodgers await them in the Division Series.

It’s plausible, Bell told ESPN after the game. “Our arms are unbelievable,” he said of his team’s chances Saturday, with Snell set to follow Darvish, and closer Josh Hader looming in the bullpen.

The second game starts at 4:35 p.m. Saturday and airs on ESPN. 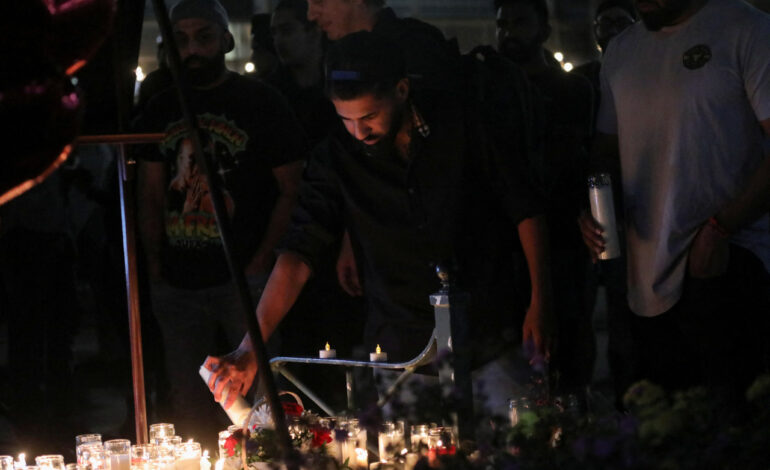