By Brent Furdyk.
Published: 2 mins ago
Last updated: 15 secs ago

Barbara Walters died on Friday, Dec. 30 at age 93, and tributes have been pouring in to honour the trailblazing television journalist.

Known for her annual “Most Fascinating People” specials and being the first woman to anchor a network television newscast, Walters shattered the glass ceiling during an era when TV news was dominated by men, paving the way for new generations of women who followed her path.

Having interviewed global newsmakers ranging from Cuban dictator Fidel Castro to PLO leader Yasir Arafat, in 1997 Walters changed the face of daytime television with “The View”, in which she presided over a panel of female co-hosts to discuss the issues of the day; Walters stepped down from the show in 2014.

Among the many to play tribute to Walters was Oprah Winfrey, who praised Walters for being her “role model.”

Walters was also honoured by the women with whom she worked on “The View”, ranging from former co-host Rosie O’Donnell to current panelist Sunny Hostin.

I owe Barbara Walters more than I could ever repay. Rest well sister…mother…friend…colleague…mentor.

Thank you Barbara Walters for giving a shy girl who didn’t like to debate a seven-year chance of a lifetime. Thank You for allowing me to find my voice and encouraging me to fly. My heart hurts, but I’ll always love you Lady! ❤️ #BarbaraWalters pic.twitter.com/lzvtRnJiR4

One of the first rites of passage of becoming a host on @TheView was to have lunch with Barbara Walters. Few times in my life have I been that nervous. She was an absolute trailblazer, class, elegance, smarts that are increasingly hard to come by. I’ll always be grateful. RIP

Others to pay tribute include Walters’ fellow TV journalists and an array of celebrities.

Barbara Walters was a true trailblazer. Forever grateful for her stellar example and for her friendship. Sending condolences to her daughter and family.🙏🏾 https://t.co/vKjvFJTU6u

The world of journalism has lost a pillar of professionalism, courage, and integrity. Barbara Walters was a trailblazer and a true pro. She outworked, out-thought, and out-hustled her competitors. She left the world the better for it. She will be deeply missed. RIP

So sad to hear of the passing of Barbara Walters. What an honor to share the set ⁦@ABC⁩ with the inimitable trailblazer when I joined @abc2020. Will never forget the phone call when she asked me to join the groundbreaking program. pic.twitter.com/0zKgKxmayY

We have lost a true legend with the passing of Barbara Walters. Such a trail blazer. Such a generous woman – I learned so much from working with her. pic.twitter.com/k9PT6d8Xdz

The Legend. The Blueprint. The Greatest. Rest in Peace Barbara Walters pic.twitter.com/RODzfKMAxw

#BarbaraWalters was a trailblazer. She was a mentor to me as well as a friend. So many women broke into the news business because she did her job well.

It was such an honor to work with Barbara Walters. She had such dignity and style and was fun every time I was with her. pic.twitter.com/uGIxollZzp

She was obviously amazing on television but I selfishly loved spending time with her in person. Sitting next to her at a dinner party was the best seat in the house. With love, respect and admiration – rest in peace Barbara Walters. #barbarawalters pic.twitter.com/AD4BQtHrUg

For so many reasons Barbara Walters was one of the greatest to ever do this. She was incredible company, a great laugh, and a brilliant mind.
RIP pic.twitter.com/35QZdONewY

Much will be made, rightly, of the trail Barbara blazed for women in our industry, but she was an inspiration to all of us. Smart, prepared, tough, and unafraid. A life force.

Barbara Walters’ massive body of work will not be replicated and her legend will remain firmly etched on the Mount Rushmore of our profession.

She was my earliest inspiration, and I was lucky enough to end up calling her a friend. RIP

So often we toss around the words icon, legend, trailblazer – but Barbara Walters was all of these. And perhaps, above all else, Barbara Walters was brave. She paved the way for so many – we learned from her – and remain in awe of her to this day. RIP, Barbara. pic.twitter.com/ovmtCebcGe

Barbara Walters was an American institution. As the first female national news anchor, she opened the door to endless possibilities for so many girls who wanted to work in TV, myself included. Her impact cannot be overstated. I’ll miss you, Barbara. Thank you for everything. pic.twitter.com/HokDilM6Rj

a short thread on barbara walters’ passing:
i knew barbara for over half of my life. we met in the spring of 1998, in the midst of the starr investigation; i was 24. i remarked that this was the first time i’d ever been in serious trouble. i’d basically been a good kid —
(1/4)

I GREW UP WATCHING HER W MY MOTHER AS A CHILD, DREAMING OF1 DAY SHOWING HER THAT I COULD B IMPORTANT ENOUGH 2 B INTERVIEWED BY #BARBARAWALTERS
SHE BCAME THE 1ST 2 GIV MY STORY A PLATFORM, EVEN IF SHE WAS NOT READY. MAY GOD KEEP HER SOUL #RIPBARBARAWALTERS https://t.co/2nMUodfPbx

Farewell and rest well, #BarbaraWalters. Thank you for your courage to blaze trails and have difficult conversations that mattered. pic.twitter.com/EiDTAqKGZ4

A true trailblazer, she was the 1st woman anchor on the evening news.

And I was privileged to know her.

When she interviewed me, it was clear she did her homework. She was always prepared.

May she rest in power. https://t.co/DkZlpl2w3b

Rest In Peace, Barbara Walters. Thanks for helping me find my voice. pic.twitter.com/w6V5KhqMlC

Waking up in London to the news of Barbara Walters’ passing. She challenged the powerful and the famous without hesitation, and she nailed them with the truth like no other. A towering figure in our media, she will be missed.

Keep ‘em on their toes in the great beyond, Barbara.

A true trailblazer and icon ! She lived a full life and leaves behind such a powerful legacy. Rest in peace, Barbara Walters. pic.twitter.com/nn6c5JWd6h

Thank you for sharing your light with the world, you will be missed dearly #BarbaraWalters pic.twitter.com/1hJS4KlXkG

Sad hear the news about Barbara Walters. Always loved interviewing with her. She was always kind. Such a trailblazer and icon. Sending my condolences to her family and loved ones. Rest In Peace🙏

Deb & I are so sad that Barbara Walters passed away. She was a trail blazer, wickedly funny, generous, open hearted and a good friend. She also gave some
of the most memorable dinner parties we’ve ever been to. Get ready heaven, Barbara’s coming to spice things up. @Deborra_lee pic.twitter.com/pQfLSG5m7a 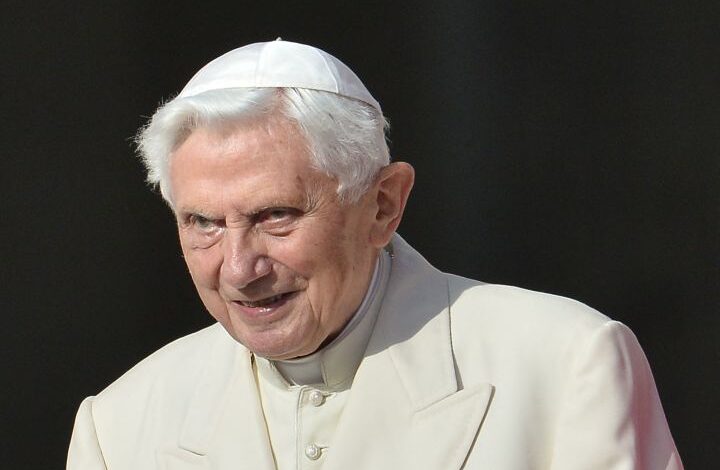 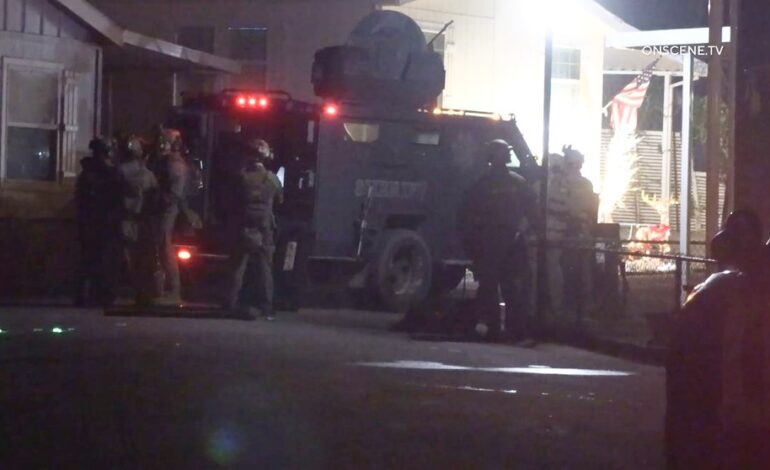