New Adaptation, Ageless Message: ‘To Kill A Mockingbird’ at the Civic Theatre

Who knew “To Kill a Mockingbird” was a comedy? In Aaron Sorkin’s 2018 Broadway-acclaimed (and controversial) adaptation of Harper Lee’s 1960 Pulitzer Prize-winning novel, now in San Diego on national tour, there were as many laughs as gasps at the Civic Theatre.

But the gasps did come. The story still packs a wallop.

This new incarnation changes the form and the order of events. The trial of Tom Robinson, a Black man accused of raping a young white woman, is the centerpiece. It starts the proceedings, and we keep coming back to it, interspersed with other scenes and backstories.

The time is 1934, the Jim Crow era in  Maycomb, Alabama. The Klan was prominent in town; most of the white folks had hoods. They demanded that the Blacks be subservient.

Except for Atticus Finch (who can be, in this version, a tad condescending himself). But he’s the upstanding lawyer who reluctantly takes on the case.

Unlike the book, and the 1991 play by Christopher Sergel, Atticus’s daughter, Scout (energetic Melanie Moore) is not the centerpiece or sole narrator. This Scout shares the narrative duties with her brother, Jem (delightful Justin Mark) and their new just-for-the-summer friend, Dill (amusing Steven Lee Johnson).

In this version, everyone learns something by the end. Not only the kids get a bucketload of knowledge and experience concerning justice and racial tension in town.

The accused, Tom Robinson (forceful, compelling Yaegel T. Welch) knows what he should and shouldn’t say to white people, but when he’s on the stand, no matter how much Atticus has coached him, he can’t help himself. The truth will out.

Atticus has always been an exemplar of decency and morality, a principled idealist and kind, wise avatar of (single) Fatherhood, indelibly created by Gregory Peck in the 1962 movie. Here, he, too, gets a bit of schooling, and a little comeuppance — from the family’s three-generation Black housekeeper and surrogate mother, Calpurnia (superb Jacqueline Williams).

Calpurnia has a much more influential role in this version, fearlessly presenting the Black perspective on the goings on. She disabuses Atticus of his Pollyanna outlook that “There’s fundamental good in everyone” and with his children, shines a light on his weakness and meekness (his son even calls him a coward at one point).

Harper Lee never published another book after this one. But a long-lost novel recently surfaced and was published in 2015. “Go Set a Watchman” was initially described as a sequel to “Mockingbird,” but is now accepted to be a first draft, written three years earlier.

The publication received tepid to negative reviews and caused a flurry of shock and dismay over the fact that Atticus is portrayed as a racist, who once attended a Klan meeting and says things like “The Negroes down here are still in their childhood as a people.”

Those elements do not make it into Sorkin’s conception of Atticus, but he does bring the fictional lawyer down a few pegs. Ultimately, this is Atticus’s story more than Scout’s, which alters the entire focus of the source material.

Sorkin does include the story of the much-feared but misjudged Boo Radley (a kind of zomboid Travis Johns). And, in a delicious addition, Mary Badham, who portrays another neighbor, mean and nasty old Mrs. Henry Dubose, played Scout in the film when she was 10 years old. At that time, she was the youngest person ever to receive a Supporting Role Academy Award nomination. Since then, she’s been an ambassador of the social justice message of the book and film. A nifty bit of casting.

On the subject of casting, Richard Thomas, as Atticus, had huge shoes to fill. Everyone remembers Gregory Peck in the role. But Thomas also follows Jeff Daniels, who originated the role on Broadway and earned a Tony nomination. (I also have a very strong personal/local memory of the wonderful, recently departed David Cochran Heath, who was magnificent as Atticus at Lamb’s Players Theatre in 1992; and his performance was heightened by having his 9 year-old daughter, Carrie, play Scout).

Thomas starts out bellowing his lines. That’s not the soft-spoken, genteel Atticus we expect. But he gets there ultimately. And this Atticus also shows a potential for anger and frustration, culminating in a collapse into disillusionment.

The touring production, directed by former San Diegan Bartlett Sher, is large (with a cast of 24) and extravagant, with beautiful fluid scenic design (Miriam Buether) and lighting (Jennifer Tipton). But it’s way too long, drags at times and takes a while to make its (important, contemporary) points.

The cast is quite strong, and the characters are well defined. But the Southern accents are all over the map. Moore’s is most noticeable, either over-articulated or oddly dropped. And the vital dialect distinctions that demarcate the classes and races are missing.

What Sorkin does make plain is the notion of Southern justice, on both sides of race issues. Here, it seems to be meted out not so much by the rule of law, but by groupthink (mobs, lynching) or personal/political expedience (the sheriff, judge and Atticus decide the cause of death of the heinous, drunk abuser/rapist Bob Ewell — father of Mayella, the supposed rape victim. Joey Collins and Arianna Gayle Stucki are both first-rate).

What’s most disturbing, of course, is how relevant all this is, nearly 100 years after the fictional events and almost 60 years after the Civil Rights Act was put in place. Racism and white supremacist ideals are distressingly ascendant these days, though they’re offset, to some degree, by the Black Lives Matter movement. We had made some progress, but we’ve tragically regressed. Again.

Despite the not-always-successful changes to the original novel, and the uses of racially charged words, this is a good family show: instructive for everyone. What’s depicted here, and what can be learned and discussed, is invaluable — for students and parents alike.

Pat Launer, a member of the American Theatre Critics Association, is a long-time San Diego arts writer and an Emmy Award-winning theater critic. An archive of her previews and reviews can be found at patlauner.com. 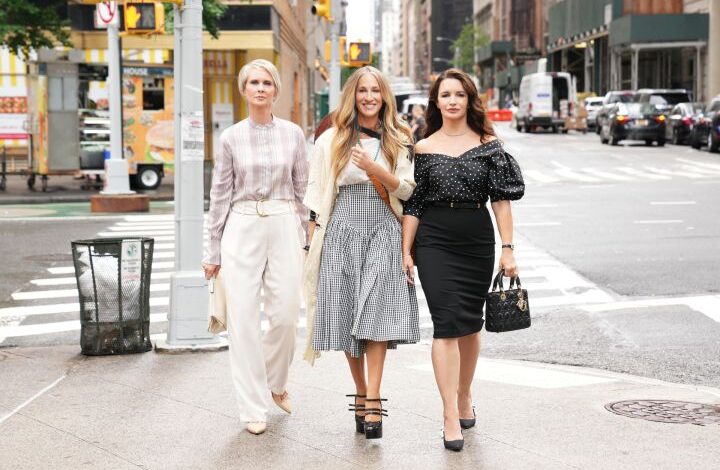 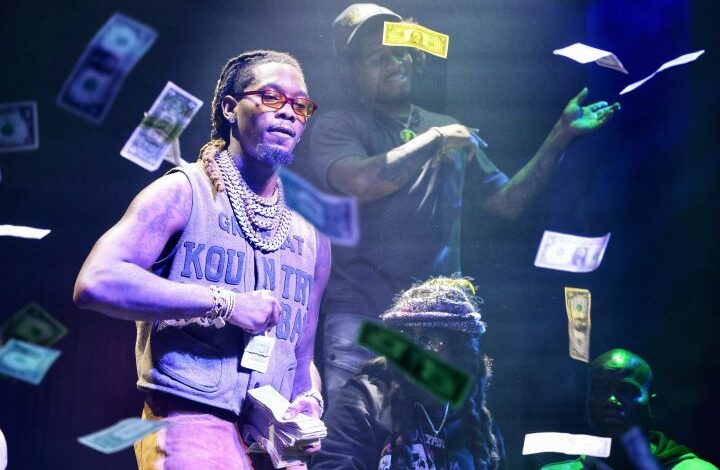 Offset Makes It Rain For Takeoff In First Performance Since Cousin’s Death: ‘Doing This For My Brother’