Tom Karlo, who started working at KPBS as a San Diego State University student in 1973 and rose through the ranks to become general manager of San Diego’s public broadcasting station, has been named to the KPBS Hall of Fame.

Karlo will receive the 2022 KPBS Lifetime Achievement Award and be formally honored at the KPBS Hall of Fame Celebration dinner on Saturday, Oct. 15, at the US Grant Hotel in downtown San Diego. KPBS is San Diego’s Public Broadcasting Service and National Public Radio affiliate with studios at SDSU.

“I’m very proud to have worked at one place and watch it grow from a small group to a robust, multi-platform media organization,” Karlo told Times of San Diego. “It’s special to have started as a student intern and rising to the top position.”

Karlo spent his entire 47-year career at KPBS, the last 12 years as GM. He held a number of jobs over the years, including assistant cameraman, director and producer, before moving into management as scheduler, finance manager and finally as KPBS’ fifth GM (the station was founded in 1960). Karlo retired Dec. 30, 2020, with the title of emeritus GM, which included continuation of his KPBS email account.

Since becoming GM in 2009, Karlo was credited with developing KPBS as one of the highest-rated public media outlets in the country. KPBS, which includes KPBS Radio 89.5-FM and 97.7-FM, KPBS-TV and digital platforms, today has a staff of about 180 employees and an annual budget of more than $37 million.

Karlo admits his final year as GM was a rough one because of COVID-19-related declines in revenue from sponsorships, donations and membership, resulting in some layoffs.

“I worked from home my last nine months, starting in March 2020,” he said. “The pandemic was challenging for everyone. I decided in October of 2020 that I would retire at the end of the year.”

Karlo was succeeded by Nancy Worlie, who served as interim GM from 2021 to June 2022, when Deanna Mackey began the GM role. Mackey, a 1988 SDSU graduate who majored in journalism and political science, is the first Latina to serve in the role.

“I’m very proud of what KPBS means to the community and excited about the future,” said Karlo. “Since retiring, when Deanna has called me, it’s been great to serve as a KPBS ambassador and advocate.”

Karlo also admits that retirement lifestyle has been “an adjustment.”

“For so many years, I was running at a hectic pace, being out in the community, meeting with donors, raising money. So, at the beginning of retirement, it was an adjustment,” said Karlo, who retired at age 68. “Now, I’m fully entrenched in this lifestyle and enjoying spending more time with family and volunteer service.”

Karlo, who turns 70 on Oct. 23, serves on the boards of the SDSU Alumni Association, San Diego History Center and Elementary Institute of Science. He also serves on the board of directors for the PBS station in Reno, Nev. Tom and wife Julie, who have been married for 42 years, have a second home in Lake Tahoe.

The Karlos have two grown sons and a daughter and four grandchildren ranging in age from 14 to 22. Chase Karlo, the oldest grandson and son of Tom Karlo Jr., recently graduated from SDSU, making three generations of family members as SDSU graduates.

Karlo is one of 37 individuals and families who have been inducted since the KPBS Hall of Fame was established in 2010. Inductees have been celebrated in one of two categories, including Lifetime Achievement or Visionary. Lifetime Achievement honorees are former staff whose work set new standards for public media. Visionaries are generous supporters and leaders whose commitment has helped KPBS advance it mission and service to the community.

“This year we are very proud to recognize Tom Karlo, following a distinguished career that began in the early days of KPBS as a student assistant,” Mackey said in a statement. “He is a legend in the public media industry for what he did as a general manager and for getting the community to rally behind his vision for KPBS.”

In 2020 and 2021, KPBS virtually recognized Steve and Sue Hart; Dan and Phyllis Epstein; Pat Finn; Dr. Arthur Getis; and Don and Anne Wemple as Hall of Fame honorees. After two years, the annual Hall of Fame celebration is returning to an in-person experience.

The Oct. 15 dinner, featuring NPR TV Critic Eric Deggans as a guest speaker, will includes a champagne reception, seated dinner and program. Darlene Marcos Shiley is the host chair. Event sponsors include the Sycuan Band of the Kumeyaay Nation, Clark Construction and Safdie Rabines Architects. Tickets are priced at $300 per person. More information is available at www.kpbs.org/abouthalloffame.

The UC San Diego Helen Edison Lecture Series will present “The Future Of News: What Do We Keep and What Do We Change,” a conversation with two prominent Black journalists from 6 to 8 p.m., Monday, Oct. 10, at the UC San Diego Park & Market, a recently opened mixed-use building at 1100 Market St., at the corner of Park Boulevard and Market Street in Downtown’s East Village area. The public is invited to attend. Admission is free.

Merida oversees and coordinates news-gathering operations at the LAT. He was named the 2000 Journalist of the Year by the National Association of Black Journalists. He also is the former editor of ESPN’s “The Undefeated” and previously served as managing editor of The Washington Post.

Britt’s first book, “Brothers & Me: A Memoir of Loving and Giving,” published in 2011, was a top pick by The Oprah Magazine. In 1994, she was co-winner of the American Society of Newspaper Editors Distinguished Writing Award.

In 2012, the HuffPost listed the husband-and-wife Merida and Britt as one of the country’s top African-American Power Couples.

The UC San Diego Helen Edison Lecture Series, offering free public lectures that advance humanitarian purposes and objectives, began in 1987 with a $500,000 endowment from Helen Edison in honor of UC San Diego’s 25th anniversary. Edison, a San Diego philanthropist with a great love for the arts and humanities who passed away in 1990, wished that her endowment be used to support free ongoing lectures at UC San Diego for the benefit of the university campus and the larger San Diego community.

The American Marketing Association San Diego chapter will host “The Art of Marketing: The Future is WOW Conference” from 8 a.m. to 5 p.m., Friday, Oct. 21, at the University of San Diego’s Knauss School of Business’s Knauss Business Center, a new meeting facility on the USD campus.

The four available marketing education tracks are titled: “The Future is Now;” “Amplifying DEI (Diversity, Equity, Inclusion);” “Like, Tweet, Snap, Tik…What’s Next;” “The Future is WOW.”

Presenting sponsor is the Knauss School of Business. An opening conference reception will be held starting at 6 p.m., Thursday, Oct. 20, at the Museum of Contemporary Art San Diego.

The Knauss Center for Business Education facility was funded by Done Knauss, the former CEO of Clorox, and his wife Ellie. The couple donated $50 million to fund construction of the new 120,000-square-foot facility.

Kirsty Nunez, 2022 Art of Marketing conference co-chair, said, “Our society is at a critical juncture in our relationship between the digital and physical worlds. This poses enormous challenges for brands to navigate both worlds effectively, while presenting incredible potential to elevate brands in new and exciting ways. Our conference will address these challenges and opportunities with guidance from some of the most talented brand marketers and most prominent brands in the country.”

Nunez also was co-chair of the inaugural Art of Marketing conference in 2012.

Festival of Journalism Will Feature Discussion of Local News

The public is invited to attend the inaugural Festival of Journalism from 10 a.m. to 4:30 p.m., Saturday, Oct. 15, at the Tula Community Center at San Diego State University. Admission is free. For registration information, visit www.festivalofjournalism.com.

The event, sponsored by The San Diego Union-Tribune, SDSU School of Journalism and Media Studies, KPBS and Voice of San Diego, will feature eight panel discussions with reporters, editors, news directors and publishers. Topics will include hidden truths, wrongdoing and some of the biggest recent news stories in San Diego.

Titles for the panels include: The $100M Problem on Ash Street; Dying Behind Bars, Scandal in San Diego’s Jails; Hate, White Supremacy and Both Sidesism; Pursuing the Truth in an Age of Propaganda; The Importance of Community Journalism; The Future of Print; Democracy at Risk, The Murders of Mexican Journalists; An Accusation of Gang Rape, A Football Team and 10 Months of Silence.

Three keynote speakers include: Steve Sebelius, politics and government editor at the Las Vegas Review-Journal, who will speak about violent rhetoric and the death of reporter Jeff German, who was stabbed to death outside his Las Vegas home Sept. 4; Los Angeles Times foreign correspondent, staff photographer and Pulitzer Prize winner Marcus Yam, who was one of the last western journalists to cover the collapse of Afghanistan to the Taliban; Justin Brooks, director and cofounder of the California Innocence Project, who has exonerated more than 30 innocent people. Brooks will discuss how biases and misinformation can cost people their freedom and.

U-T Studio Productions will also screen a documentary, “Journalism at Risk,” about journalists who work in Tijuana, where crimes against the press have regularly occurred.

More than 25 local media outlets and journalism organizations are supporting the event as partners. 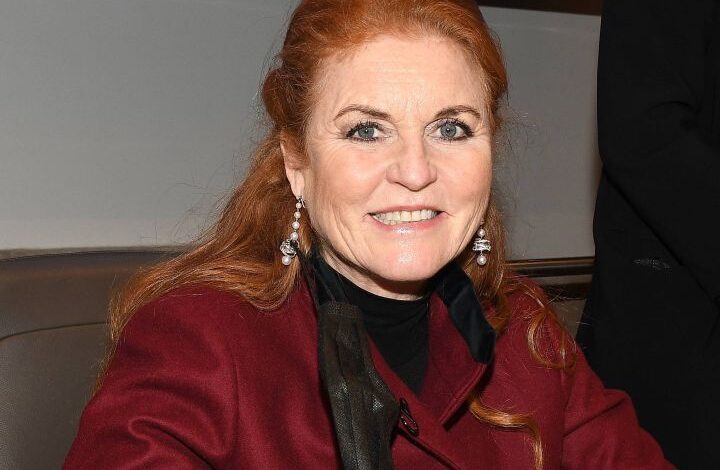 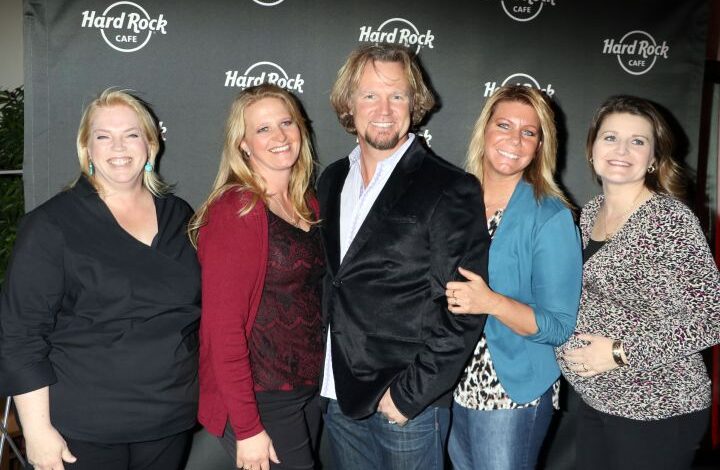