Both of them told Times of San Diego they are retiring after accepting voluntary buyouts offered by NBCUniversal, which owns KNSD-TV. The conglomerate has been offering early retirement packages to employees ages 57 and older with 10 years of service as part of a companywide effort to reduce spending.

Devine began her 40-plus-year career in TV news at KSBY-TV in San Luis Obispo. “Back then, we used film, not videotape,” she recalled. “We shot and edited our own film. Some of my closest lifelong friends I met while at KSBY.”

Prior to joining KCST, Devine freelanced in TV news with WTTG in Washington, D.C. and KHJ in Los Angeles. She has degrees in French, English and Secondary Education. While earning a master’s degree in broadcast journalism at USC, she taught high school at LA’s Locke High School in Watts.

“I decided to accept the buyout because it’s the right time for me. After all, I’ll be 70 in July,” Devine said. “After a career where I was always on the go, I am looking forward to taking a break. But, I feel I still may have another career in me and I’m excited to discover what adventures are ahead.

“I am so grateful that I landed in San Diego and specifically at NBC 7 to work with people who have become my family. It has been an honor and privilege to meet San Diegans who have allowed me into their homes and entrusted me to tell their stories. There are people I met along the way with inspirational stories that I’ll never forget. Thank you, San Diego, for touching my life.”

Ojeda is a San Diego native who grew up in Tierrasanta and graduated from Serra High School, now called Canyon Hills High School. After graduating from SDSU in 1985, he worked for TV stations in Abilene, Texas, and Tucson, Arizona, before spending five years at KFMB Channel 8 starting in 1986. He then spent five years in Los Angeles at KCOP reporting on sports. “Do you know how painful it was for a San Diego native to report on the successes of the Dodgers?” joked Ojeda.

For 20 years, Ojeda worked weekend mornings and evenings as an anchor with the past six years as a field reporter. “The early retirement offer came at a good time for me,” he said. “I’m looking forward to spending more time with family, including our three grandchildren (age 4 and two newborns). My mother recently passed away which can cause personal priorities to change.

“It’s been an amazing and fulfilling career. It’s been an honor to work as a reporter in my hometown. I wish there was a way I could thank everyone personally who have opened-up their homes and hearts and allowed me to tell their personal stories in good times and bad.”

“Rory and Artie set the bar for great reporting in San Diego,” said Greg Dawson, vice president of news at NBC 7. “They’ve earned the trust and admiration of our audience and their colleagues in newsrooms throughout San Diego. They’ve been more than just co-workers, they are our good friends and simply cannot be replaced.”

During their tenures at NBC 7, Devine and Ojeda received numerous awards and accolades, including Emmys, Golden Mic awards, San Diego Press Club honors and induction into the National Academy of Television Arts and Sciences’ Silver Circle, which honors TV journalists with more than 25 years of experience.

A station statement said they both also have served as mentors to many in the newsroom. “I want to express my sincere gratitude to Rory and Artie and wish them happiness in their next chapter of life,” said Melissa “Missy” Crawford, station president and general manager. “We all look forward to celebrating their accomplishments with our audience on NBC 7.”

iHeartMedia San Diego reports that $556,327 was raised for from the recent fifth annual iHeart-Rady Children’s Giveathon.

During the broadcasts, station personalities interviewed former patients, physicians and patient families who shared their stories and experiences with station listeners. Listeners and loyal hospital supporters made contributions via phone, text and online. Many listener donations were matched by local businesses, families and individuals, an iHeart statement said.

“These few days are some of the best each year,” said Noreen Ippolito, president, iHeartMedia San Diego. “To see the Rady’s staff, doctors, nurses and patients and hear their stories is a testament to the good that Rady Children’s Hospital is doing in our community. The staff at iHeart San Diego is passionate about supporting Rady Children’s Hospital and it’s immensely gratifying to know that the funds we help raise truly change lives.”

The 505-bed hospital cares for more than 281,000 children annually. It is the only hospital in the San Diego area dedicated exclusively to pediatric healthcare and is the region’s only designated pediatric trauma center.

Jack in the Box’s Holiday Promotion All On Social Media

The Jackmas promotion, launched Dec. 1, features 24 days of food deals available exclusively on social and digital platforms for customers enrolled in the Jack Pack rewards program through the Jack app or on jackinthebox.com.

TBWAChiatDay Los Angeles created ads that ran on social platforms, including TikTok, Instagram, Twitter, Reddit and Snapchat, with additional support on digital and mobile platforms, such as Yelp, Spotify and Pandora, the spokesperson said.

“Unlike that other guy, Jack doesn’t care if you have been naughty or nice this year,” the ads said.

Radio station owner Audacy has promoted Larry Morgan to regional brand manager of classic hits. He will continue to serve as assistant brand manager of KRTH 101.1-FM (K-Earth) in Los Angeles and will add oversight of KXSN-FM Sunny 98.1-FM in San Diego and KOOL 94.5-FM in Phoenix. He also is hosting weekday nights at KXSN and KRTH.

“Larry is an invaluable member of the K-Earth team and I’m thrilled to see his talents and influence now spread to KOOL in Phoenix and Sunny in San Diego,” said Chris Ebbott, VP of classic hits, Audacy, Inc.”

“I’m so excited and honored to be an official part of the team at these two great stations,” said Morgan. “Both markets have a long history of radio excellence, and I look forward to working together to elevate these awesome brands to new heights. Plus, I have the added bonus of continuing to contribute at the legendary K-Earth 101 in Los Angeles. It’s the best of all worlds for me, and all in the same time zone.”

Morgan joined KRTH as assistant brand manager in 2015, overseeing the day-to-day programming operations at the classic hits station. Other previous roles included KIIS-FM in Los Angeles and Audacy’s 102.5 KSFM-FM in Sacramento and Mix 96.5 KHMX-FM in Houston. Additionally, Morgan spent a decade as senior VP of network programs and services at Premiere Networks, shepherding the launch and development of a lineup of shows, including “American Top 40 with Ryan Seacrest,” “Delilah” and “After MidNite.” 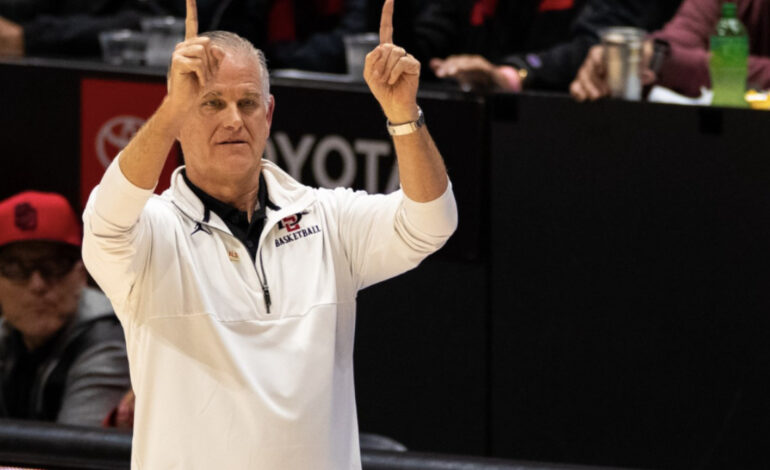 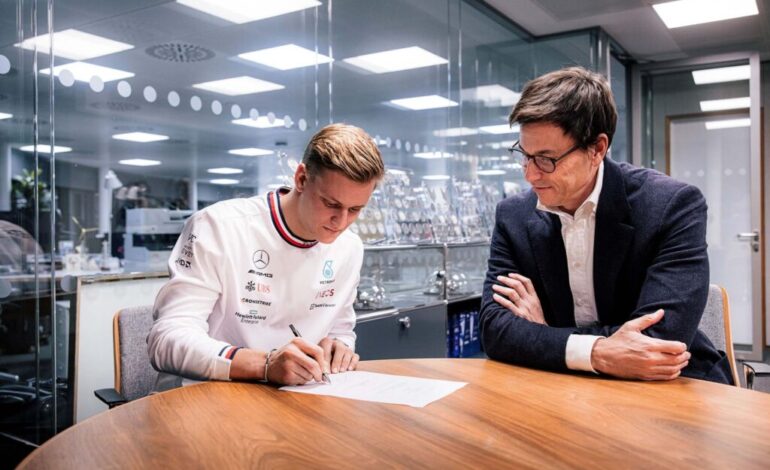 What Will Mick Schumacher Do at Mercedes-AMG Petronas?