Lisa Marie Presley Dead At 54: The Ups And Downs Of Elvis’ Daughter’s Life

Lisa Marie Presley, the daughter of Elvis and Priscilla Presley, died on Jan. 12 at the age of 54 after suffering a cardiac arrest at her home in Calabasas. Her sudden death came as shock to many, her family included. A rep for the Presley family released a statement announcing the devastating news Thursday evening.

The only daughter of Elvis Presley and Priscilla Presley, Lisa Marie was born in Memphis, Tennessee and split her time between Los Angeles and Memphis as a child. Growing up, she followed in her father’s footsteps, making music of her own. She would go on to have several high-profile relationships, most notably with another music icon, Michael Jackson. The latter part of her life was spent being a mom to her four children, Riley Keough, 33, twins Finley and Harper Lockwood, 14, and her son, Benjamin Keough, who tragically died at the age of 27 after committing suicide.

In the wake of Lisa Marie’s tragic passing, ET is looking back at the ups and downs of her storied life.

Growing Up in Graceland

Lisa Marie was born in Memphis, Tennessee. While she spent her early years at Graceland, things changed when her mother and father separated when she was just four years old. Priscilla moved to Los Angeles, forcing Lisa Marie to split her time between her mother’s home in California, and Elvis’ Graceland estate in Memphis. Lisa Marie moved to California full-time when she was nine years old after Elvis died of heart failure on Aug. 16, 1977.

Relationships in the Spotlight

The Graceland heiress married her first husband, Danny Keough, in 1988. The pair welcomed their daughter, Riley, a year later, and Benjamin in 1992. The couple eventually parted ways in 1994 but remained close after their split.

During a 2003 interview with Rolling Stone, Lisa Marie said marrying Keough was “the smartest thing” she had ever done in her life.

“The smartest thing I’ve ever done is have children with this man because I knew this is the one man I could be connected to for the rest of my life,” she said at the time.

She would go on to marry Jackson just twenty days after finalizing her divorce with Keough.

When it comes to Jackson, Lisa Marie said in the same interview, that she got “sucked into” a marriage with the “Billie Jean” singer.

“You get sucked into the, ‘You poor, misunderstood person, you.’ … I’m a sucker for that. … I believed him, because he was so convincing,” she said in the 2003 interview. “I just believed everything he said, for some reason.”

The relationship came at the height of scandal for the King of Pop, who was accused in the summer of 1993 of sexually abusing a 13-year-old boy named Jordan Chandler. Jackson denied the allegations and reached a $23 million settlement with Chandler’s family in January 1994.

The scandal and the spotlight ultimately proved too much for the pair, who split two years later in 1996.

Her most whirlwind union, however, had to be with Nicolas Cage, to whom she was married for only 107 days.

Lisa Marie married the “Pig” star in August 2003, with Cage filing for divorce just months later. During a 2003 interview with Barbara Walters, Cage recalled meeting Lisa Marie at a party in 2000.

“I walk into a party not knowing who I’m going to meet and there’s this beautiful girl standing in the middle of the living room wearing this short leather skirt and this fluffy jacket, and she looks up at me with these big, beautiful, soulful eyes,” Cage said at the time. “Eyes that look like they have a sad story to tell, and I just went ‘Oh.’ I was thunderstruck.”

The pair finalized their divorce in 2004, though the King of Rock and Roll’s daughter maintained that she and Cage had a strong connection at the start.

Lisa Marie would go on to marry Michael Lockwood, her guitarist and music producer, in 2006. Keough served as best man at the nuptials, which were held in Japan.

In 2008, the pair welcomed twin daughters. Lisa Marie filed for divorce from Lockwood after 10 years of marriage in 2016. The two had a very contentious, highly publicized custody battle, which ended in 2020 with a joint custody agreement.

The singer-songwriter faced her fair share of struggles as a teen which led to years of both drug and alcohol abuse.

“[I used] cocaine, sedatives, pot and drinking — all at the same time. I just couldn’t be sober,” Lisa Marie told Paper Magazine in 2003, recalling her teenage drug use. “I don’t know how I lived through it.”

She would ultimately enter a rehab program for prescription pill addiction in 2016. Three years later, she opened up about her struggles with opioids for the first time, penning the forward for Harry Nelson’s book, The United States of Opioids: A Prescription for Liberating a Nation In Pain.

“I had never openly spoken in public about my own addiction to opioids and painkillers,” she wrote in the March 2019 essay, where she revealed that her addiction started after she got a prescription for painkillers following the birth of her twin daughters, Harper and Finley, in 2008.

Music of Her Own

A musician in her own right, Lisa Marie released her debut album, To Whom It May Concern, in 2003. The album saw great success, landing at No. 5 on Billboard‘s Top 200 chart. The album was certified gold and went on to sell over 500,000 copies. Later that year, Lisa Marie was featured on the cover of Rolling Stone magazine.

Following the success of her first album, Lisa Marie opened up about her life in the public eye with The Seattle Times.

“I was this tabloid phantom prior, this sensationalistic image. And then when they hear you are going to do a record, they think, ‘Oh, some celebrity kid trying to do a record,’ she told the outlet in 2003. “I think they expected something far from what I delivered. They didn’t have a clue to what it was about.”

Her second album, Now What, was released in April of 2005, and went on to debut at No. 9 on the Billboard 200 charts. Lisa Marie released her third and final album, Storm and Grace, in 2012.

In 2020, Lisa Marie and her family suffered the tragic loss of her son, Benjamin Keough, who died by suicide at 27 years old.

“Lisa Marie is completely heartbroken, inconsolable and beyond devastated but trying to stay strong for her 11-year-old twins and her oldest daughter, Riley,” Presley’s rep told ET at the time. “She adored that boy. He was the love of her life.”

In July, Lisa Marie marked the second anniversary of Benjamin’s death by sharing an image and memory of the time she and her son got matching tattoos.

“Several years ago, on Mother’s Day, my son and I got these matching tattoos on our feet,” she wrote, alongside a photo of the tattoos. “It’s a Celtic eternity knot. Symbolizing that we will be connected eternally. We carefully picked it to represent our eternal love and our eternal bond.”

Riley has also gotten inked in memory of her brother, getting Benjamin’s name tattooed on her collarbone.

The Resurgence of Elvis

Lisa Marie and the Presley family helped bring the late rock icon’s story to life in Baz Luhrmann’s “Elvis” in 2022. In June, Lisa Marie opened up to ET about the family’s experience with the project and remembering their patriarch.

“I wasn’t ready for what it did, I really wasn’t,” Lisa Marie said of viewing the film. “They kind of left me alone in the theatre the first time I saw it, so I kind of watched it by myself and braced myself. When Baz came to get me after the film, I just fell into him in tears, and I could barely speak.”

The biopic, which was in the works for five years before hitting screens, is an awards season favourite, with Austin Butler taking home a Golden Globe Tuesday night for his portrayal of the “Jailhouse Rock” singer. That same evening, just days before her death, Lisa Marie joined Butler’s interview with ET, where she gushed over his performance and the film.

“It was mind-blowing. Truly mind-blowing,” she said of Butler’s performance. “I really didn’t know what to do with myself after I saw it. I had to take, like, five days to process it because it was so incredible and so spot on and just so authentic that, yeah, I can’t even describe what it meant.”

Lisa Marie added, “I’m just so proud of it all.” 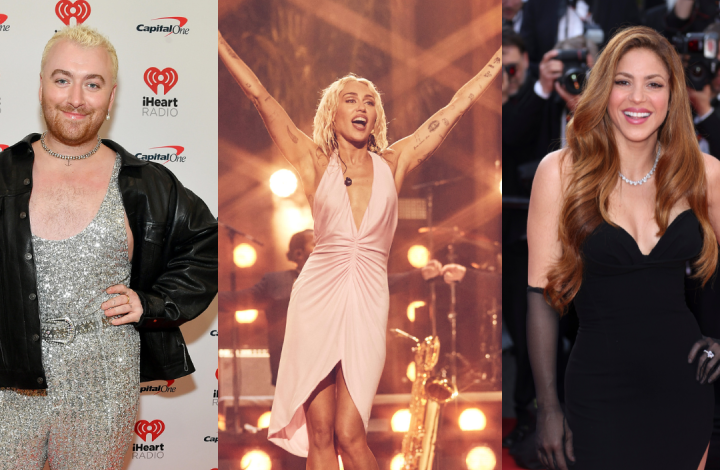 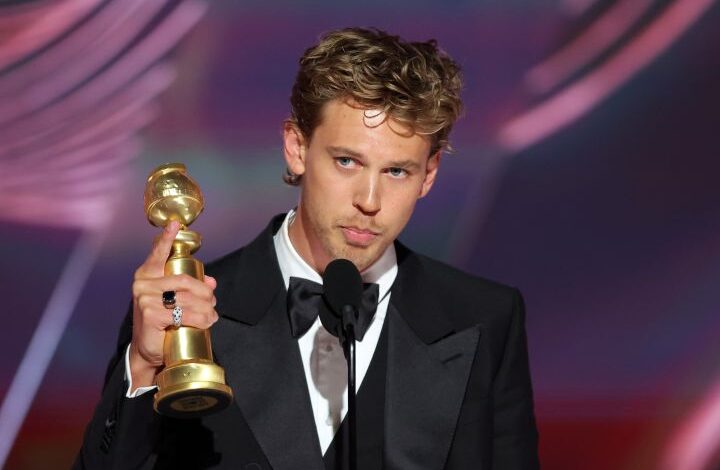