Lisa Marie Presley has died at age 54 on Thursday in Los Angeles.

Lisa Marie was rushed to the hospital on Jan. 12 after going into full cardiac arrest at her home in Calabasas, California. Responders performed CPR before transporting her to the hospital.

Days before, Lisa Marie attended the 2023 Golden Globes to support Baz Luhrmann’s Elvis biopic. Speaking to ET at the ceremony, Lisa Marie shared her adoration for both Austin Butler, who took home the Golden Globe for his portrayal of her father, Elvis Presley, and the film, which was also up for a trophy.

The only daughter of Elvis Presley and Priscilla Presley, Lisa Marie was born in Memphis, Tennessee. Elvis and Priscilla separated when she was four years old, leading to most of her early childhood being split between Los Angeles and Elvis’ Graceland estate in Memphis. After Elvis died of heart failure on Aug. 16, 1977, when Lisa Marie was nine years old, she moved to California full-time.

In 2003, Lisa Marie released her debut album, To Whom It May Concern, which reaped critical success and landed at No. 5 on Billboard‘s Top 200 chart. The album was certified gold and went on to sell over 500,000 copies. Later that year, Lisa Marie was featured on the cover of Rolling Stone magazine.

Lisa Marie’s second album, Now What, was released in April of 2005, and went on to debut at No. 9 on the Billboard 200 charts. Her third and final album, Storm and Grace, was released in 2012.

Aside from her entertainment career, Lisa Marie became a household name from her string of high-profile relationships and marriages. She met her first husband, actor and musician Danny Keough, when she was a teenager. The couple tied the knot when she was 20 years old in October 1988. Lisa Marie and Danny had two children together, Danielle and Benjamin, before their divorce in May 1994.

Later that year, Lisa Marie married Michael Jackson. In a statement to People magazine at the time, the high-profile couple announced they had wed in a private ceremony. “I am very much in love with Michael, I dedicate my life to being his wife. I understand and support him. We both look forward to raising a family,” Lisa Marie told the outlet.

However, two years later, Lisa Marie and Micheal separated and their divorce was finalized. It was around this time, in 1996, that Michael’s drug use had spiraled out of control, and accusations of pedophilia surfaced.

Lisa Marie went on to marry Oscar winner Nicolas Cage in 2002 before divorcing in 2004.

After the release of her debut album in 2003, Lisa Marie discussed her life in the public eye with The Seattle Times. “I was this tabloid phantom prior, this sensationalistic image. And then when they hear you are going to do a record, they think, ‘Oh, some celebrity kid trying to do a record.’ I think they expected something far from what I delivered,” she said. “They didn’t have a clue to what it was about.”

Lisa Marie went on to marry musician Michael Lockwood in 2006, with whom she shared twin daughters — Harper and Finley. Lisa Marie filed for divorce from Lockwood after 10 years of marriage in 2016. The two had a very contentious, highly publicized custody battle, which ended in 2020 with a joint custody agreement.

In 2020, Lisa Marie and her family suffered the tragic loss of her son, Benjamin Keough, who died by suicide at 27 years old.

“Lisa Marie is completely heartbroken, inconsolable and beyond devastated but trying to stay strong for her 11-year-old twins and her oldest daughter, Riley,” Presley’s rep told ET at the time. “She adored that boy. He was the love of her life.” 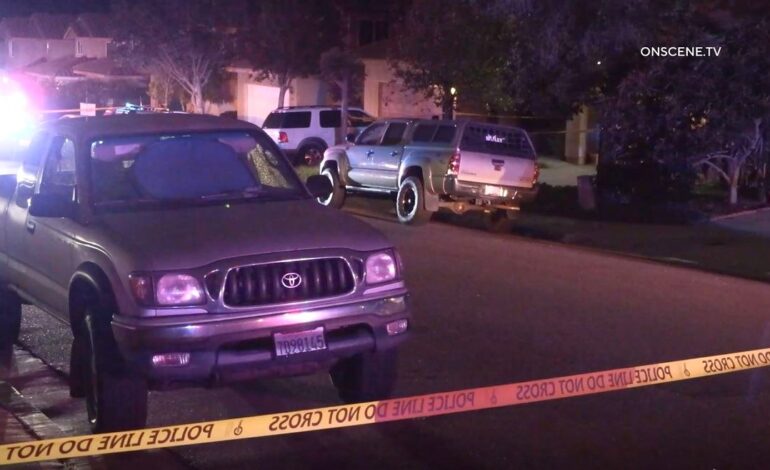