Lil Kim is clapping back after 50 Cent made some some remarks intended to pit her against fellow rapper Nicki Minaj.

It all began when 50 Cent took to Instagram to comment on Lil Kim’s new “Plan B” remix with Megan Thee Stallion.

“QGTM @nickiminaj you better light her a** up i’m watching. she said something about the baby, her baby eye f**ked up…LOL,” he wrote in the post, which he subsequently deleted.

Kim, however, was not having it, and issued a series of denials on Instagram Story.

“I never said a word about anyone’s child…” she wrote in the first post. “Please feel free to listen to the song where we were clearly talking about an EX. To try and twist my words to have an excuse to take digs at my child is disgusting. I’m one of the most disrespected legends in the game but what you will not do is come for MY CHILD.” 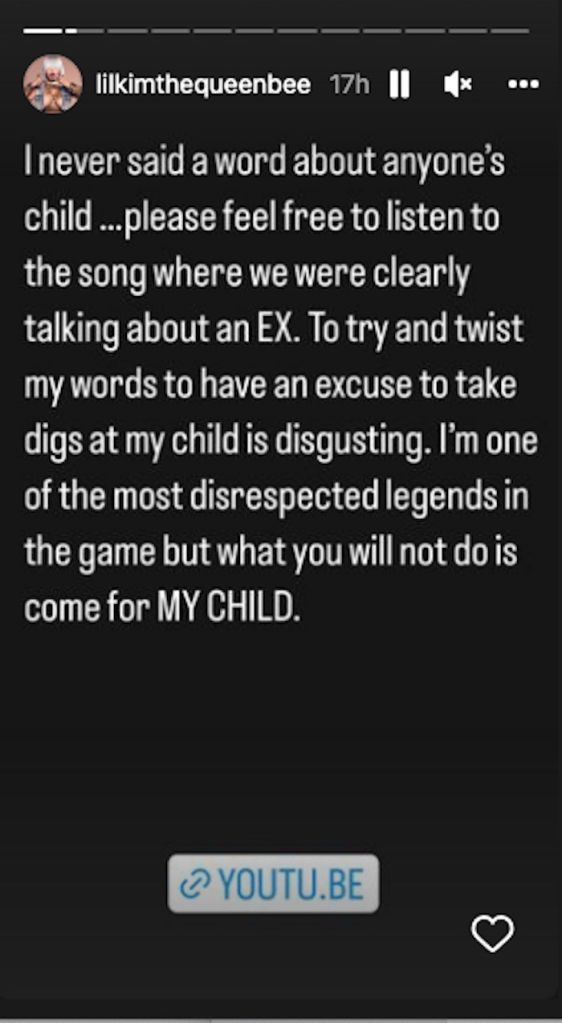 She continued in another, writing, “I still can’t believe y’all can’t see through 50’s lame a**, disgraceful, ugly, and narcissistic tactics…y’all still falling for that s**t. He created this whole false narrative to cause drama and confusion because the girl he wanted is getting too much attention.” 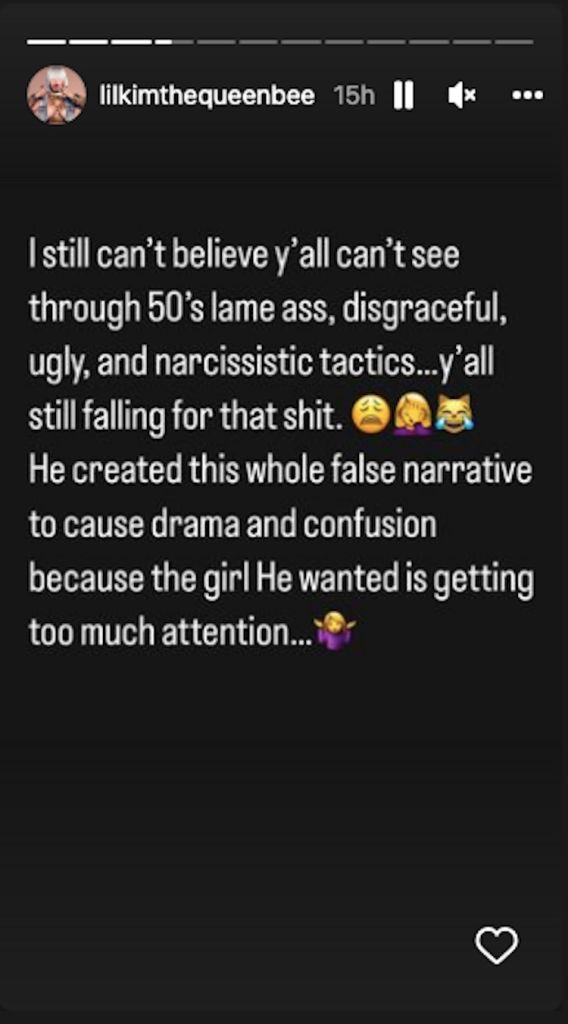 “You are a gorgeous sophisticated intelligent woman but being with someone who openly and comfortably attacks children is a bad look get out while you can girl!!!” she wrote.

“Anyone who knows me knows even if you are my enemy I would never say anything about anyone’s child,” she continued. “Kids are off limits!!!” 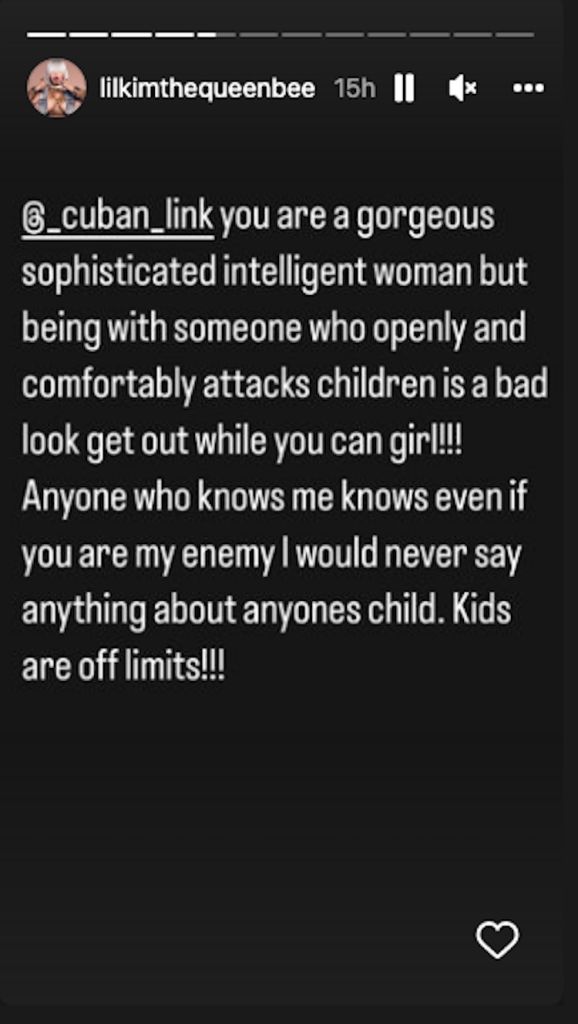