San Diego State carried a 28-17 lead over Fresno State deep into the fourth quarter Saturday, but there was more than a little bit of luck involved. It ran out in the game’s final minutes.

The Bulldogs scored 15 points in 13 seconds – and without any timeouts left – on a touchdown and two-point conversion, immediately followed by an onside kick that Fresno State recovered after it bounced away from Tyrell Shavers. They scored just one play later for the 32-28 win.

Up to that point, Fresno State had mostly failed to capitalize on Aztec mistakes, so quarterback Jalen Mayden’s performance – 291 yards on 19 passes for two touchdowns, and two more on rushes – had carried the day.

Mayden, however, finished the night with his second interception of the game as the Aztecs failed to salvage the game with just 50 seconds left on the clock.

Jake Haener, Fresno State’s highly regarded quarterback, unexpectedly returned from injury Saturday, and the Aztec defense pounded him, sacking him seven times. But he took over in the second half and ended the game with three touchdowns and 35 passes for 402 yards.

Not only did San Diego State suffer another loss to their rivals, the team fell to 2-2 in Mountain West play while the Bulldogs improved to 3-1 to top the division with San Jose State. Both teams are 4-4 overall.

Fresno State led 3-0, after a field goal on the opening drive, but SDSU gained the advantage late in the first quarter, and the momentum remained with them for most of the first half.

Mayden completed a 21-yard pass to Shavers, then capped a nine-play, 82-yard drive with a 28-yard run for a 7-3 lead. In the second quarter Kenan Criston caught a 26-yard Mayden pass for a touchdown, to build the lead to 14-3.

After the Bulldogs narrowed the gap on a Haener pass to Nikko Remigio, SDSU answered with a nine-play drive that Mayden ended with a one-yard rush for a 21-10 lead.

In the third quarter, Mayden closed an 80-yard drive with a seven-yard pass to Jesse Matthews, for the wide receiver’s first touchdown of the year. But Matthews made a crucial mistake on special teams to end the quarter, as a punt went straight through his hands and Fresno State recovered.

Two plays later, Haener – after the Bulldogs had failed to take advantage of two other SDSU turnovers – sent an eight-yard pass to Zane Pope, drawing his team closer, at 28-17.

In the fourth quarter, with Fresno State threatening, San Diego State fought them off. Patrick McMorris intercepted a Haener pass in the end zone with 6:09 on the clock and after a drive prompted by a Mayden fumble, Cedarius Barfield blocked a Bulldog 28-yard field goal attempt at the 4:53 mark.

But SDSU failed to score in the fourth quarter and with 3:55 left, Haener and Fresno State began the drive that ended the Aztecs’ hopes. Pope, who finished with 151 yards on 11 catches, offered a big assist, snagging the two-point conversion and the fateful onside kick.

No Jackpot Winner in SuperLotto Plus, But Ticket Worth $45,416 Sold in San Diego 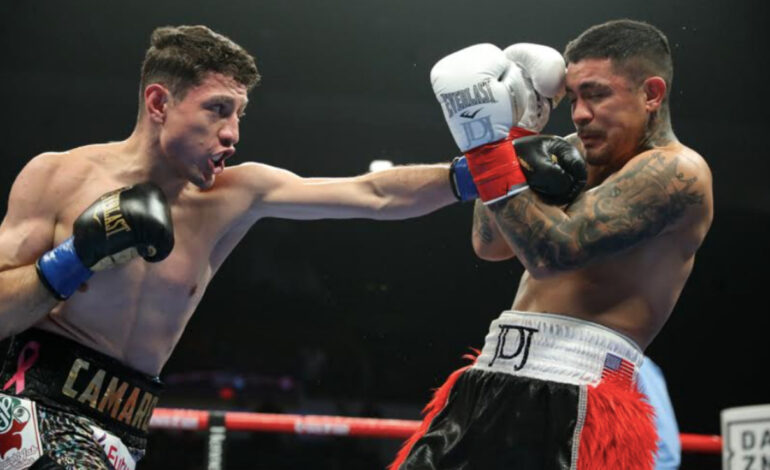