King Charles’ Nickname For Meghan, Harry’s Obsession With Privacy And More Bombshells From ‘The New Royals’

Royal expert Katie Nicholl is taking readers deep inside the British monarchy. In her new book out Tuesday, The New Royals, Nicholl along with various sources, fellow royal reporters and more break down some of Queen Elizabeth II and her family’s biggest moments.

The book explores how the queen not only led a life of service for the public but how she set a place for her family to carry out her legacy long after her death. The book also explores some of the family’s biggest moments including the beginning and end of Charles‘ marriage with Princess Diana as well as her tragic death, Prince William and Kate Middleton‘s relationship reportedly having ups and downs in the run-up to their marriage and Prince Harry and Meghan Markle‘s road to ending their time as senior royals.

Here is a look at the biggest bombshells from The New Royals.

Charles was upset that Kate’s style was overshadowing his work

For Charles, being the heir to the throne was serious business. However, when he married Diana, the world took note and became infatuated with the stylish clothes she would wear. According to Nicholl, Charles did not understand the media’s new age of reporting on the family.

“Her star immediately eclipsed her husband’s, causing early fractures in their relationship,” Nicholl writes. “The diligent, sensitive, and status-conscious Charles found it hard to understand. He could not see that in the new media age, being a royal-born prince and future king was a lesser currency than his wife’s megawatt beauty and disposition.”

After Diana’s death and with William’s introduction of Kate into the world, Charles once again had to compete for the media’s attention when it came to coverage of his engagements because all eyes were on what Kate wore – leading to apparent clashes with William.

“In the past, father and son hadn’t always seen eye to eye. There was a well-documented clash of opinions in 2013 over the palace’s priceless collection of ivory, for one,” Nicholl writes. “And Charles was sometimes irritated that Kate’s frocks got more media attention than his good works. He also had been hurt by not seeing as much of his Cambridge grandchildren as he might have liked.”

Kate and William tied the knot on on April 29, 2011. Following their wedding, the Duchess of Cambridge was by her husband’s side during royal duties and engagements.

In December of the same year, the couple announced they were expecting their first child. Prince George was born on July 22, 2013. The Duke and Duchess appeared on the steps of the Lindo Wing of St. Mary’s Hospital while the world looked on. Following the introduction of their son, the couple introduced little George to Queen Elizabeth.

Prince George spent the first few weeks of his life with his parents at Kate’s family home in Berkshire having the support of her family. The young couple finally moved to their home in Anglesey, and William returned to work for the Royal Air Force.

“Some years later Kate recalled how she had felt ‘isolated, so cut off’ at that time, alone at home with her baby while William returned to work,” she writes. “But there were advantages – she had privacy and security on the remote island, meaning George could be kept out of the media spotlight, something that was crucial to the Cambridges.”

Charles nicknamed Meghan “Tungsten” because of her toughness and resilience

According to Nicholl, Charles knew that Meghan would be able to hold her own when it came to getting in front of the public as a member of the royal family. Nicholl writes that Charles gave his daughter-in-law a nickname as she began her life as a working royal.

“Charles reportedly nicknamed his future daughter-in-law ‘Tungsten’ because of her toughness and resilience,” she writes.

Nicholl notes that it was evident in her first joint appearance alongside Harry, William and Kate during the Royal Foundation Forum, where she spoke in February 2018.

“It was, according to one aide, the moment William and Kate, who was heavily pregnant, realized they needed to up their game,” Nicholl writes. “The Cambridges had already signaled their intention to be more than ‘ornamental royals’ and had, along with Harry, made a huge success of their mental health campaign Heads Together.”

“But Meghan was the breakout star of the foursome,” she continues. “She was polished, passionate, and funny, using all her TV-honed skills to present her case. That was a wake-up moment for William and Kate when they realized that Meghan was very impressive, very confident, and very capable, according to a source.”

Meghan and Harry had the Queen’s full support in the run-up to their wedding. However, shortly after their engagement, the inner workings of Meghan’s strained relationship with her father, Thomas Markle, became public knowledge due to his interviews with the media.

Ahead of their wedding day, Nicholl writes that Queen Elizabeth was worried that Harry had never met Thomas and was marrying his daughter. In turn, she encouraged Meghan to mend things with her father before her wedding on May 19, 2018.

“It was the Queen’s feeling that Meghan should sort things out with her father and that Harry should have met Thomas before the wedding, reveals a close family friend,” Nicholl writes. “She thought the whole thing could have been better handled. From a practical point, the Queen did what she could for the family’s newest member and given Meghan’s boots-on-ground approach made sure the new duchess had the support she needed.”

Thomas did not end up attending Meghan and Harry’s wedding and the Duchess continues to have a strained relationship with her father.

Harry was ‘morbidly obsessed” with keeping Archie’s birth a secret

Prior to Harry and Meghan’s relationship being subjected to negativity, racism and clashes within the royal family, Harry already had zero trust in the media due to the way he felt it contributed and handled the death of his mother, according to Nicholl.

By the time the couple announced they were expecting their first child during their first royal tour of Australia, they had already endured plenty of public scrutiny. But while the British public felt they deserved an in to the couple’s life, especially when it came to their children, Harry had other plans.

Nicholl writes that according to a source, Harry became “almost morbidly obsessed” with keeping Archie’s birth as secret as possible, breaching the unwritten contract between the royals and the public.

When Archie Harrison Mountbatten-Windsor was born on May 6, 2019, Harry and Meghan did not present him to the world on the hospital steps, like William and Kate, and even his parents, Charles and Diana. Instead, the couple decided to introduce him to the world, two days later, with a single reporter and photographer inside of St. George’s Chapel.

“But it all felt stage-managed, with preapproved questions, one journalist, and one photographer. It demonstrated the growing gulf between public expectations of Harry and what he felt obliged to give,” Nicholl writes. “Meghan had looked exhausted and occasionally uncomfortable at the photo opportunity and it’s worth recalling that although the Duchess of Cambridge viewed such appearances with her new babies as mandatory, she has admitted she found them a challenge too. She acquiesced because she will one day be queen and the mother of a king, so there was a legitimate public interest. Meghan however was married to the spare. Little wonder she wanted, like any other ordinary new mother, to be safe among family and friends.”

On Feb. 19, 2021, Harry and Meghan officially announced that they would not be returning to their royal roles. The announcement came one week after they revealed they were expecting their second child.

The decision – which was made by the Duke and Duchess – came after a 12-month royal review and the Sandringham Summit, which was a conversation with Harry, Charles, William and Queen Elizabeth. The couple moved to California, their initial statement confirming that they would be “taking a break” from royal duties.

Nicholl writes that Queen Elizabeth became “exhausted” over the situation.

“Privately the Queen confided to a close friend that she was exhausted by the turmoil of it all. ‘She was very hurt and told me, ‘I don’t know, I don’t care, and I don’t want to think about it anymore,’” Nicholl writes.

According to Nicholl, William and Kate were also relieved that Harry and Meghan’s exit meant no more drama. “It was a positive end to a challenging year and, although the couple was saddened by the deterioration of their relationship with Harry, they were, according to one person who knows them well, ‘both relieved that there was no more drama’ now that Harry and Meghan had left Britain.’”

The Queen has a sense of humour – but when she didn’t approve of something, she delivered “the stare”

Nicholl writes that those who worked closely with the monarch were familiar with an infamous look that rarely happened, but when it did, it was a clear sign of disapproval.

“While the Queen rarely expresses displeasure, aides who have worked closely with her refer to ‘the stare,’” Nicholl writes. “According to one former member of the Household: ‘You’d know if you were out of favour or if the Queen didn’t like something because of what we called ‘the stare,’ which was a long and withering look from Her Majesty delivered in total silence and that would fix you for what felt like an eternity.’”

On April 9, 2021, Prince Philip died at the age of 99, ending a 73-year marriage between him and Queen Elizabeth. The queen had Philip by her side as she reigned, welcomed children and became one of the world’s most beloved public figures.

According to the book, while they did not sleep in the same bed, the Queen had undoubted love for her husband. He clearly felt the same and made it evident to his son. Prior to his death, and as his health began to deteriorate more, the royal had a final request for his son which Nicholl writes were, “Look after the Queen” and “Keep the family together.”

“According to a family friend: ‘Philip slept a lot but [Elizabeth] made sure he was comfortable. She read to him, played him music, and they reminisced, going through family albums together. Charles got time with his father as well and Philip told him, ‘Whatever you do, promise me you will take care of your mother.’ Charles was very emotional,’” she writes.

How the Royal Family Will Divide Queen Elizabeth’s Jewelry Collection

Why Prince William Has a ‘Lack of Trust’ With Prince Harry 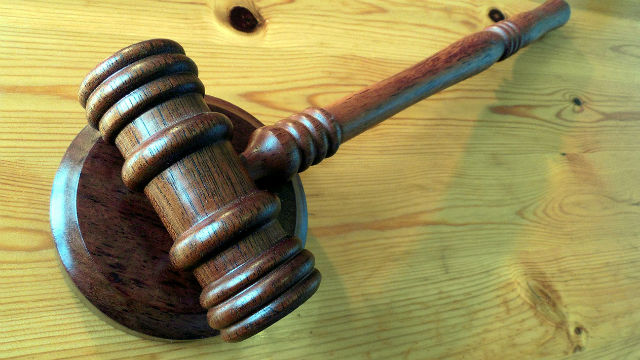 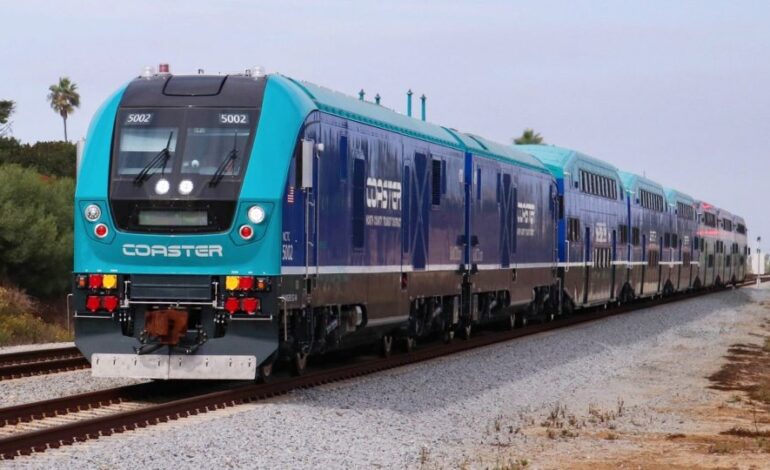