The Kardashians were fully represented at the show, with Jenner, Khloe Kardashian and Kendall and Kylie Jenner watching as their sister accepted her honour.

This year, Law Roach was honoured with a new award recognizing stylists for their work.

“Once upon a time, there was a queen born on the south side of Chicago. A queen who was a fear force for good and for beauty and she changed the landscape of fashion just by being her,” Kerry Washington retold the story of Roach’s early life.

He shared with the audience that he was watching the CFDA Awards in 2016 from behind the scenes as Zendaya’s stylist.

“I watched from the kitchen as the waiters served your food and I just said to myself, ‘One day I’m going to be on that stage.’ I am an example that anything and everything is possible,” Roach said.

Bradley Cooper, Trevor Noah, and Christina Ricci were among other presenters on a night when a variety of designers took home trophies and Lenny Kravitz received the CFDA’s Fashion Icon Award.

“(Kravitz is) effortless, cool, eclectic, fearless,” Cooper said while introducing Kravitz. “Whatever it is, he’s got it. And when it comes to fashion, there’s no one cooler. There is no other musician alive today who wears leather and leopard-like Lenny.”

“My mother’s closet was my own personal boutique. I put on scarfs, belts, platform boots, boas emulating my heroes from the Jackson Five, Jimi Hendrix, Sly and the Family Stone, David Bowie and Miles Davis,” Kravitz said, recounting his youth growing up in the late 60s and 70s.

Cher also made a surprise appearance to present an honour to stylist Patti Wilson. “Fashion is to be fun and feared and Patti Wilson is fearless,” Cher said.

The accessories design award went to Raul Lopez and the award for American emerging designer went to Elena Velez.

The Board of Trustee’s Award was awarded to Virgil Abloh to honour the late designer’s contribution to global fashion. The award was received by his wife, Shannon Abloh, who said “what he was able to accomplish in his short 41 years will live on to inspire all of us for decades to come.” 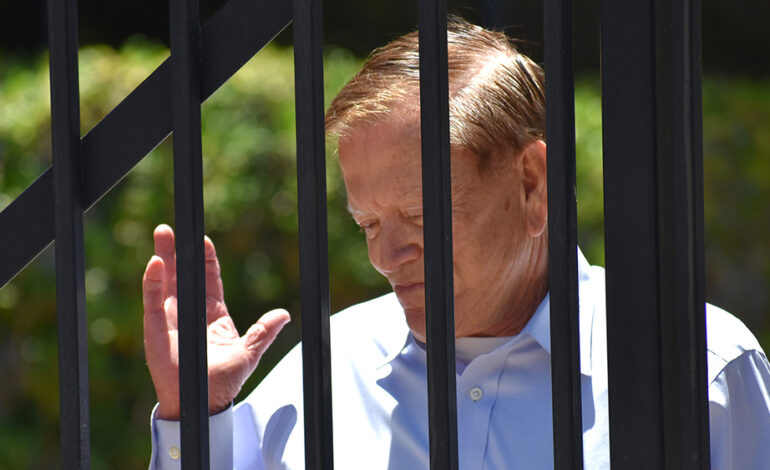