Michael Consuelos didn’t mind having his parents as his bosses. ET spoke to the 25-year-old actor ahead of the release of his latest film, “Let’s Get Physical”, and he revealed why it was a bonus to have his parents, Kelly Ripa and Mark Consuelos, produce the TV movie.

“It’s not just on this, my parents are my bosses in life,” Michael quipped. “… There’s pluses, obviously, there’s ease. Some things are easier and some things are a lot harder. You always [have to] bring your A game.”

“I wasn’t much of a sports guy growing up, [but] when I was at a cross country meet and my parents were around I’m like, ‘I have to really bring it, because they’re watching,’” he added. “They had a big hand in this, so I wanted to make sure I did a really good job, because they were watching. I think it was a good motivator.”

Michael’s co-star, Jenna Dewan, who also produced the project, couldn’t get enough of the actor and his family.

“Every time I see Kelly we have a love fest for each other… I respect your parents so much,” Jenna told Michael. “… Professionally what they have been able to create is amazing, but honestly they’re just really good people. I do think in this business when you recognize someone else who you’re like, ‘That’s a really good-hearted person!’ you kind of hold onto them with dear life. It’s a good thing, so it was really fun to produce this.”

Another thing Jenna loves about Mark and Kelly is how they raised Michael. “To me this is perfect parenting,” she said. “I mean, [he’s] literally a great human being and so talented.”

“Let’s Get Physical”, Michael explained, follows a woman who “moves to a small town and runs a Zumba class that at night becomes sort of like a prostitution ring.”

“It shakes up the community when it’s uncovered,” he teased. “You think that’s a dark story, [but Jenna brings] so much character to it. There’s so much joy and fun and it’s kind of inspiring at times… There’s a lot of fun to it too. We laughed a lot.”

Jenna told ET that she signed on to the pulled from the headlines flick because “it seemed really fun across the board.”

“It, obviously, as you can imagine, created a huge uproar in this town of everyone from the mayor to different boyfriends and husbands. It was complicated, though, because a lot of the women really liked her,” she said. “… We were so into making this fun, and funny at times… There is a lot to digest there, but it’s funny. Michael is so funny in this movie. It’s just in your blood. You are a comedian. You were so good and you brought life to every scene we’re in.”

While Michael brought the laughs to the film, Jenna had to learn a whole new skill for the project — pole dancing.

“I was like, ‘Oh, I danced my whole life, I’m sure I can figure this out somewhat quickly.’ No, it was really difficult,” she admitted. “… [You use] muscles you didn’t know you had. It’s a lot of upper body strength. I basically just held on for dear life with any muscle or ligament that I could squeeze to stay on.”

Michael opted to leave the dancing to Jenna, joking that, when he tries to bust a move, “I look like I’m having a fit. It’s not good.”

“Let’s Get Physical” will air Oct. 15 on Lifetime.

Abigail Breslin Emotionally Details Domestic Violence in Past Relationship: ‘I Was Beaten on a Regular Basis’

‘She-Hulk’ Star Tatiana Maslany on the Season 1 Finale, Daredevil & the New Hulk in the Family (Exclusive) 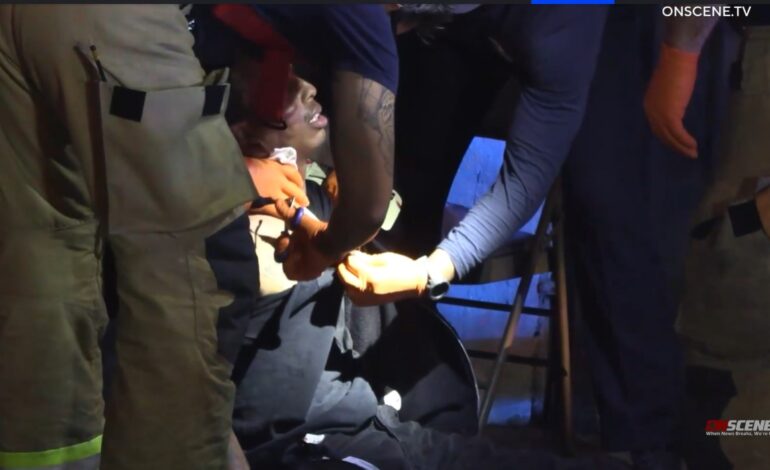