Keanu Reeves will not be starring in Hulu’s “The Devil in White City” after all, with Variety reporting that he’s exited the project.

Based on Erik Larson’s book of the same name, Hulu first placed the limited series in development in 2019, with Martin Scorsese and Leonardo DiCaprio among the project’s producers; an official series order was announced in August 2022.

According to the series’ logline, “The Devil in the White City” recounts “the true story of Daniel H. Burnham, a demanding but visionary architect who races to make his mark on history with the 1893 Chicago World’s Fair, and Dr. H. H. Holmes, America’s first modern serial killer and the man behind the notorious ‘Murder Castle’ built in the Fair’s shadow.”

Reeves was cast as Burnham in what would have been his first major U.S. television role.

As Variety notes, this is the latest twist in a development saga that’s been going on for nearly 20 years, beginning when Tom Cruise and producing partner Paula Wagner snagged the rights to the book in 2003 shortly after it was published, through their production deal with Paramount.

When Cruise and Wagner let the option lapse, Paramount aquired the rights in 2007, with DiCaprio then obtaining the rights in 2010, with plans to play Holmes in a movie adaptation. In 2015, Scorsese joined the project as director before “The Devil in the White City” was eventually reimagined as a limited series.

Another actor is being sought for the role in the wake of Reeves’ departure. 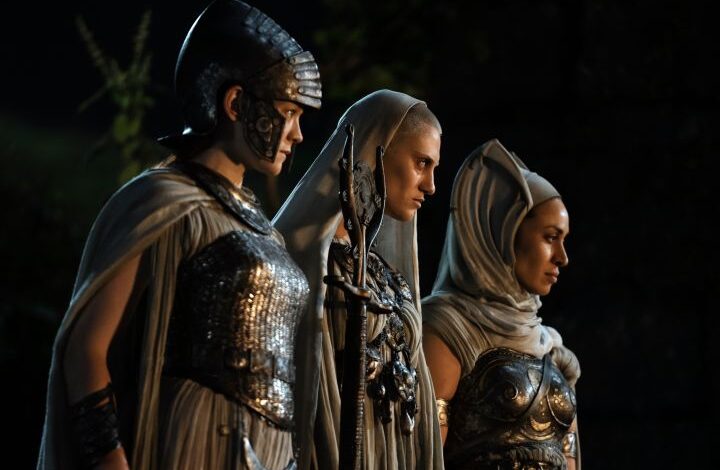 ‘Rings Of Power’ Promises ‘All Will Be Revealed’ In Season 1 Finale: Watch The Epic Trailer