By ETCanada.com Staff.
Published: 17 secs ago

Ye has engaged in yet another online feud over his controversial “White Lives Matter” shirts and statements about ending the Black Lives Matter movement.

The rapper, 45, posted screenshots of his text messages with Diddy, 52, on Friday after it seems the pair had a call about ‘White Lives Matter’ that didn’t sit well with Kanye.

“I didn’t like our convo,” West said in a message to Diddy. “I’m selling these tees. Nobody can get in between me and my money. Never call me with no bulls*** like that again unless you ready to green light me. Cause anybody that got on that tee is me.”

Kanye then goaded Diddy, texting, “Come do something illegal to me noooow pleeeeeeeeese.”

In another Instagram post, Ye showed a screenshot of Diddy asking for his address so the pair could meet in person. “N**** F******* you. YOU FED,” West replied. Diddy commented on the post, writing, “See you soon!”

When Puff repeated his request for Ye’s address, urging him to “stop playing these internet games,” the “Jesus Is King” rapper was stalwart. “This ain’t a game,” he texted. “Ima use you as an example to show the Jewish people that told you to call me that no one can threaten or influence me. I told you this was war. Now gone get you some business.” Kanye captioned the Instagram showing this exchange, “Jesus is Jew.”

However, undeterred, Diddy continued, messaging, “I’m just trying to talk to you as a Black man. And I’m talking to you because this is hurting our people. Stop.”

“Anything you text I will post,” Kanye replied. “I love you. And you guys are breaking my heart. I accept your apology in advance.” 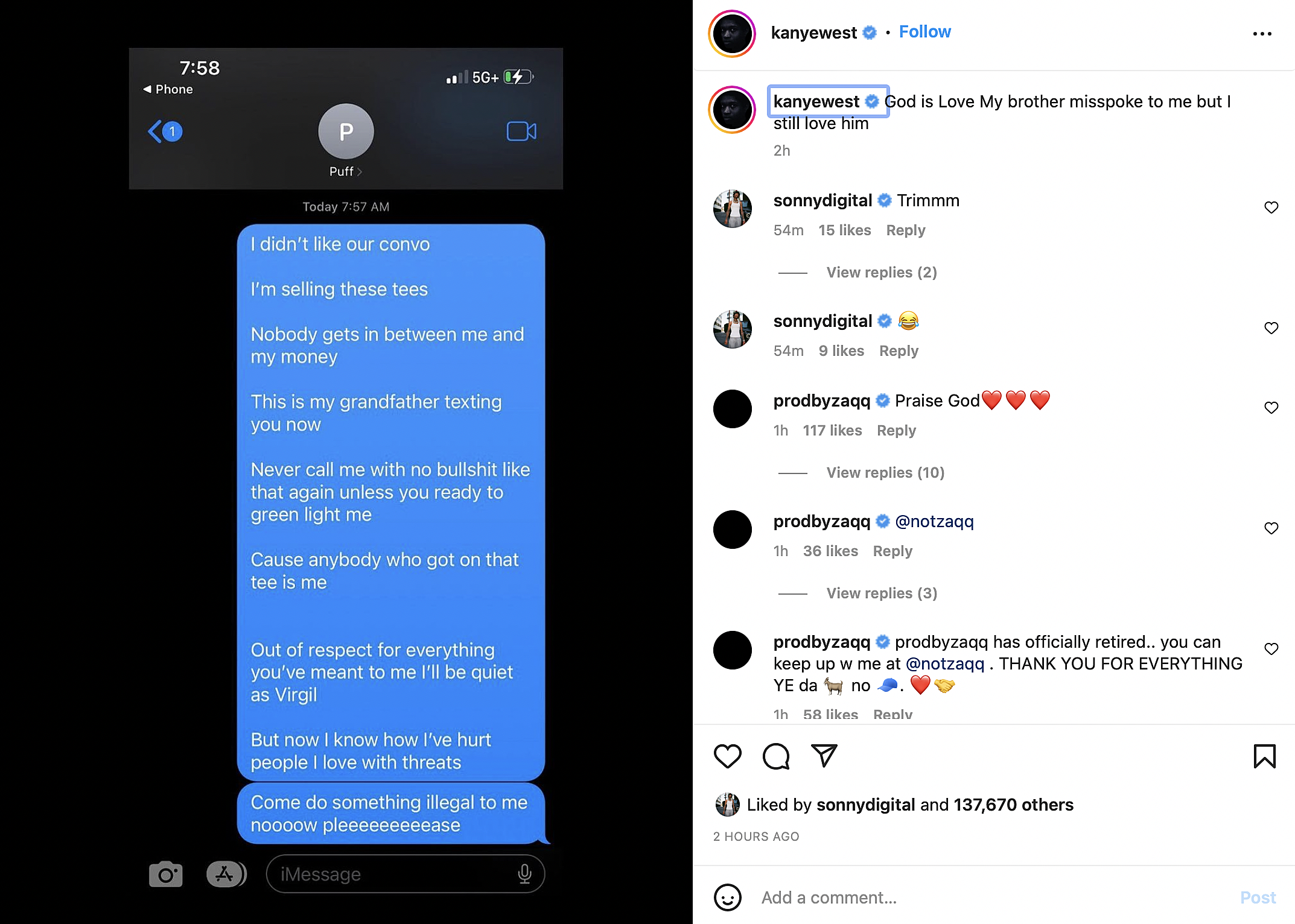 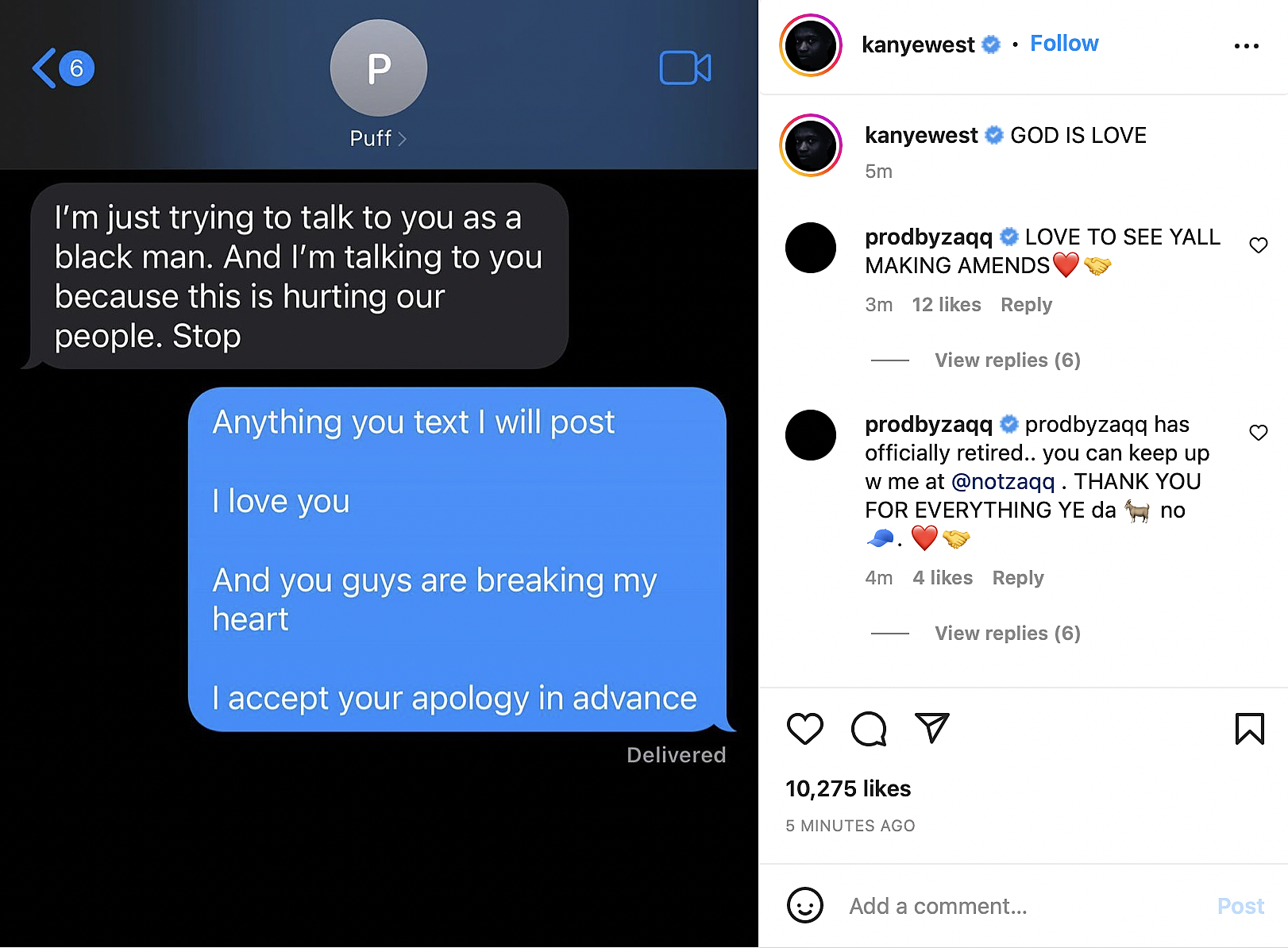 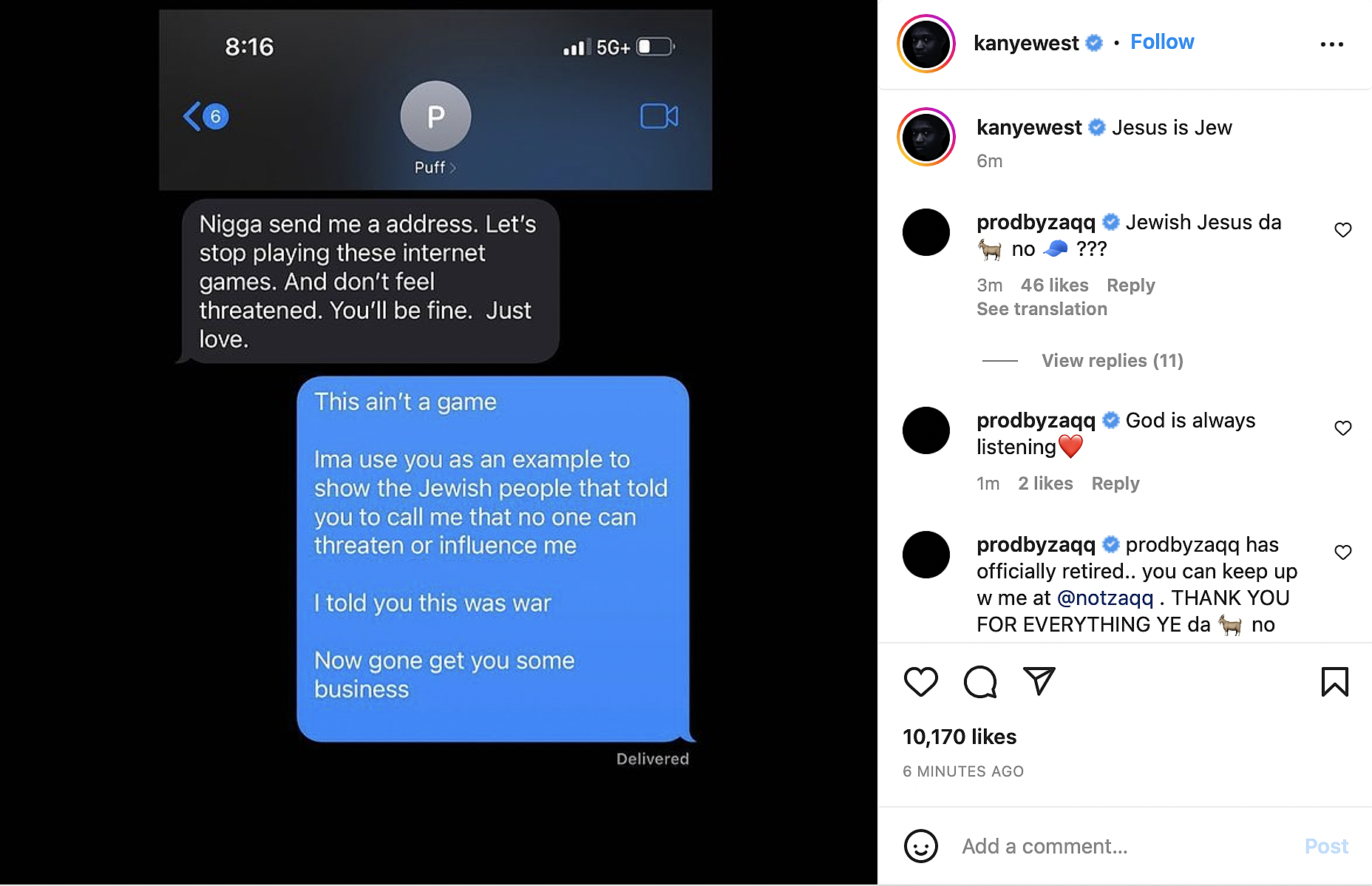 Just days ago, on Wednesday, Diddy had defended Ye amidst his ‘White Lives Matter’ controversy. Appearing on  the popular radio program “The Breakfast Club,” the rapper and record exec called Kanye a “free thinker,” adding that his message was “misconstrued” even though he personally didn’t support the ‘White Lives Matter’ slogan.

He continued, “I’m not making excuses, I’m just sayin’ if he did it, that’s the way he thinks.” Diddy also said that people “don’t have to condemn Kanye or cancel him” while admitting that his shirts are “tone-deaf.”

“I understand white lives do matter, but it’s not that,” he added. “[Black Lives Matter] was our slogan. That wasn’t our slogan to go share with nobody else… Because right now, we’re the ones that are dying, that are incarcerated, that are left in poverty.”

After appearing on the show, Diddy took to Instagram to provide further context for his comments.

“I am not about to be addressing every last thing that’s going on in the world on the internet, but the thing I do have to address is this ‘White Lives Matter’ T-shirt,” he said in a video posted on his page.

“I’ve always been there, and I will always support my brother Kanye as a freethinker,” he went on. “But the ‘White Lives Matter’ T-shirt, I don’t rock with it, you know what I’m saying? I’m not with it. Right now, all America has planned for us is poverty, incarceration, and death. So before I can get to any other lives matter – which all lives matter – but that Black Lives Matter, don’t play with it. Don’t wear the shirt. Don’t buy the shirt. Don’t play with the shirt. It’s not a joke.” 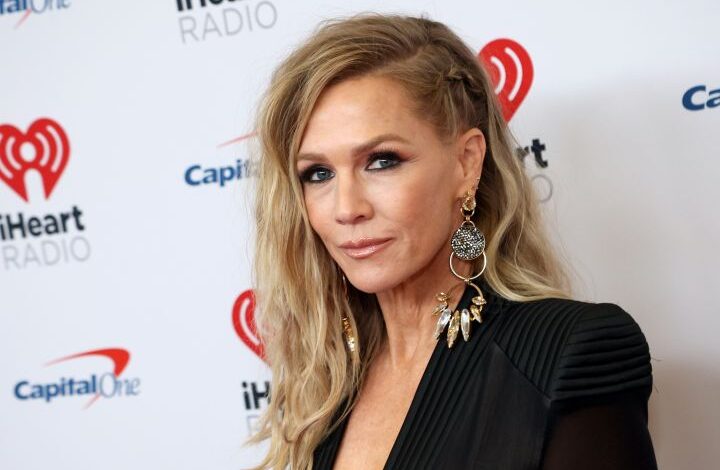 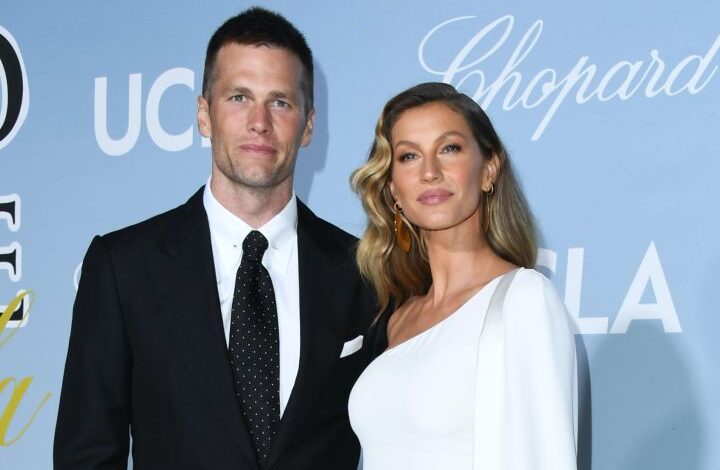