Kaley Cuoco is praising Jennifer Aniston for sharing her story about her fertility struggles. Cuoco, who is currently expecting her first child with boyfriend Tom Pelphrey, took to Instagram following Aniston’s incredibly candid interview with Allure, where she praised the 53-year-old actress for keeping it real.

“You never ever know what people are going through behind the scenes..stop assuming and judging every little thing!” the “Flight Attendant” actress wrote. “@jenniferaniston thank u for sharing this story!!!”

In addition to her fertility struggles, the interview sees Aniston address the decades-long narrative that her breakups, most notably from Brad Pitt and later, Justin Theroux, had something to do with her not wanting to be a mother.

The “Friends” star shot down rumours about the reason for her split from Pitt, telling the magazine, “I just cared about my career. And God forbid a woman is successful and doesn’t have a child. And the reason my husband left me, why we broke up and ended our marriage, was because I wouldn’t give him a kid. It was absolute lies. I don’t have anything to hide at this point.” 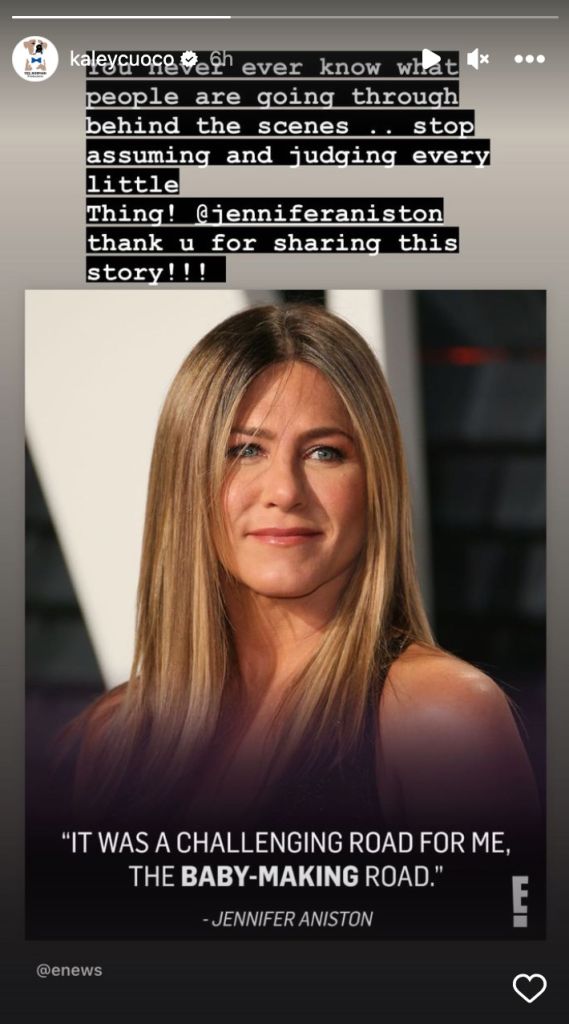 In fact, Aniston says she was trying to have children. “All the years and years and years of speculation… It was really hard. I was going through IVF, drinking Chinese teas, you name it. I was throwing everything at it. I would’ve given anything if someone had said to me, ‘Freeze your eggs. Do yourself a favor.’ You just don’t think it. So here I am today. The ship has sailed,” she shares. “I have zero regrets. I actually feel a little relief now because there is no more, ‘Can I? Maybe. Maybe. Maybe.’ I don’t have to think about that anymore.”

Aniston plans to talk more about her journey with IVF and the untrue narratives that have plagued her public life in an upcoming book, telling Allure, “I’m going to do that one day. I’m going to stop saying, ‘I can’t write.’ I’ve spent so many years protecting my story about IVF. I’m so protective of these parts because I feel like there’s so little that I get to keep to myself.”

“The world creates narratives that aren’t true, so I might as well tell the truth,” she adds. “I feel like I’m coming out of hibernation. I don’t have anything to hide.”

As for Cuoco, 38, she and Pelphrey, 40, first announced the news of their pregnancy last month, revealing that they’re expecting a baby girl.

A source told ET of the baby news, “It’s a crazy time for them but they’re truly so excited. Kaley knows this is the right person. She can’t wait to become a mother. They’ve had so much love and support since the announcement.”

Jennifer Aniston Says She Explored Every Option to Get Pregnant 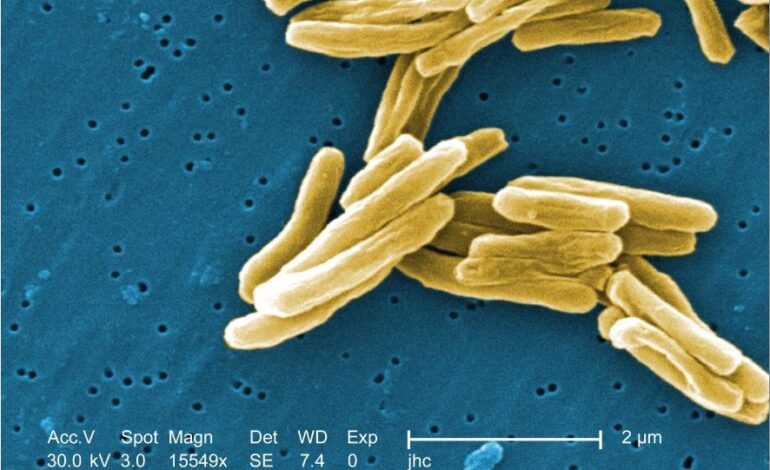