Justin Bieber apparently said “sorry” to Coachella’s organizers after they asked him to headline this year’s festival.

That’s coming from TMZ, which reports the Canadian pop star declined an offer to top the bill at the Indio, California-based festival in order to focus on his next album.

This year’s Coachella lineup, which was unveiled Tuesday, will be headlined by Bad Bunny, Blackpink, and Frank Ocean. Biebs would have been a nice addition, but TMZ reports there’s a good chance he’ll play the festival in 2024.

The Stratford, Ontario native is coming off a tumultuous 2022. In June, Bieber postponed the dates on his Justice World Tour after being diagnosed with Ramsay-Hunt Syndrome, which caused his face to become partially paralyzed. The “Peaches” singer was able to recover well enough to resume his tour over the summer, but eventually decided to postpone the dates again due to the exhaustion from dealing with his health woes. The tour is scheduled to pick back up this year.

Explaining that the shows he did over the summer “took a toll” on him, Bieber added, “After getting off stage, the exhaustion overtook me and I realized that I need to make my health the priority right now. So I’m going to take a break from touring for the time being. I’m going to be ok, but I need time to rest and get better.”

READ MORE: Justin Bieber Calls Out H&M For Allegedly Selling His Merch Without His Approval

On a lighter note, Bieber has been making headlines recently thanks to his former neighbour Judge Judy, who, in an interview with Access Hollywood, claimed the “Peaches” singer was “scared to death of me” when they lived beside each other during his more reckless days.

“There was a period of time before he grew up, when he was foolish and doing foolish things. I must have said something about it and then, I understood that he was paying the front door people to let them know when I was there, coming and going, so he wouldn’t have to bump into me,” she added.

Judy would later tell TMZ she’s “happy” that Bieber has since grown into a responsible, mature adult.

No word yet on whether the TV judge will have a feature on Bieber’s new album. 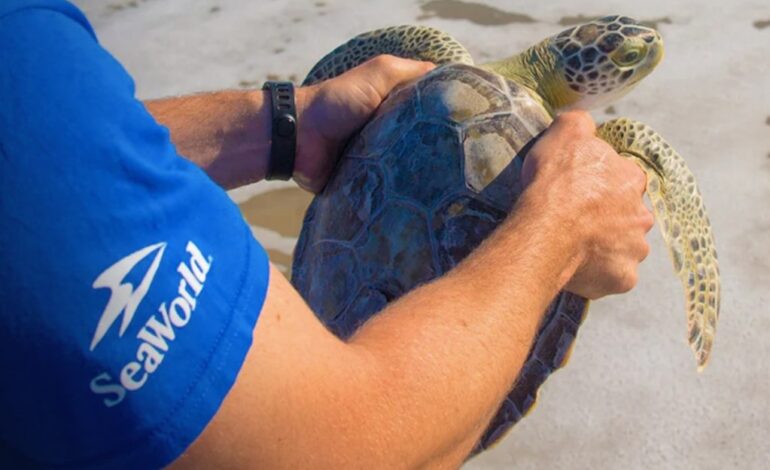 Freeway the Sea Lion, Rescue Team in Spotlight for ‘Inside Look’ at SeaWorld San Diego