By Brent Furdyk.
Published: 4 hours ago
Last updated: 35 mins ago

It’s no secret that Jon Hamm has been blessed with good lucks, but one of his co-stars on “Mad Men” reveals that Hamm’s handsomeness sometimes became a distraction on the set.

John Slattery, who played Sterling Cooper senior partner Roger Sterling in the series, tells The Independent that he’d initially auditioned for Hamm’s role, Don Draper, before being asked to read for Roger instead.

“They said, ‘Here’s the thing – we have this guy’,” recalled Slattery, admitting he was initially irked that he didn’t get the role.

“[Hamm] claims I was in a bad mood the whole time we shot the first episode because of this, but I don’t think that’s true. Eventually I saw him, and I was like… ‘Oh — they sure do have that guy,’” he added.

“When Hamm walked into a room in that get-up, people would just go catatonic,” he quipped.

“Guest stars would sometimes walk up to him and their lines would go right out of their heads. They just wouldn’t know what to do. It happened on more than one occasion,” Slattery said, noting that Hamm wasn’t the only actor to turn heads on the set.

“Christina Hendricks would walk into the room and people would s**t themselves — it was amazing,” he added.

Part of that credit, Slattery admitted, can be attributed to the show’s wardrobe, hair and makeup personnel.

“Well… we were all sort of curated,” he said. “The look of it. I’m not being false humble, either. In that get-up, I certainly looked different to how I do walking around every day.” 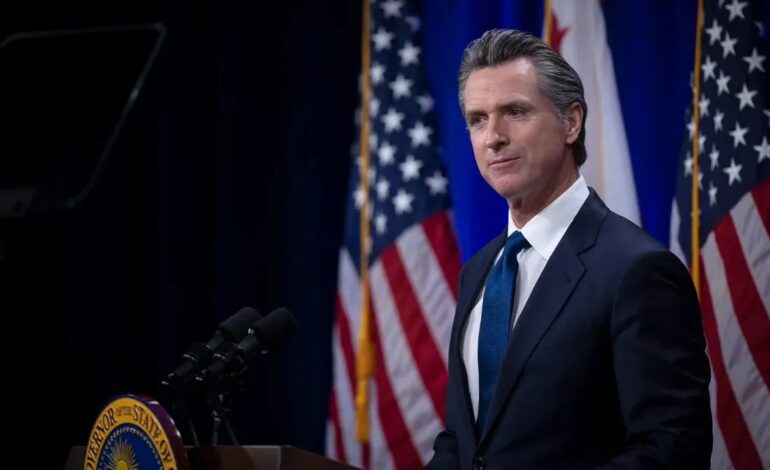 Opinion: Newsom Is a Historically Popular California Governor and Must Leverage That