By Miguel A. Melendez, ETOnline.com.
Published: 31 mins ago

Jeremy Renner‘s feeling the love on his 52nd birthday.

The Academy Award-nominated actor on Saturday took to Instagram and reposted on his Story a video of a group of kids from an urban academy in Chicago singing to 50 Cent’s “In Da Club.” The kids from The Base, an organization Renner’s been involved with for years, held signs that spelled out “Jeremy” as they all danced to the hit 2003 track.

The “American Hustle” star, who turned 52 on Saturday, captioned the video, “Thank you For the Birthday Love !!!”

The post comes one day after “The Hurt Locker” star on Friday also took to his Instagram Story and posted a video from his hospital bed surrounded by medical staff and thanked them for their tireless effort as he begins his road to recovery.

Renner’s been in the hospital since a terrifying snowplow accident that landed him in the intensive care unit. Bryan Samudio of the Washoe County Sheriff’s Office in Nevada spoke in detail about a 911 call that was placed involving a pedestrian who had been run over by a snowcat in the area of Mount Rose Highway.

“Mr. Renner’s personal vehicle, which was being driven by a family member, had become stuck in the snow near his home,” Samudio explained. “Mr. Renner went to retrieve his piston bully, or snowcat — an extremely large piece mobile equipment weighing at least 14,330 pounds — in an effort to get his vehicle moving.”

ET obtained audio of the 911 call made on New Year’s Day, which noted Renner appeared to be “completely crushed” by the snowcat. “Subject was run over by a snowcat,” the log reads, later noting that the person was Renner.

“[Jeremy] is moaning loudly in the background — serious bleeding,” the dispatcher writes in the log. “He is bleeding heavily from his head and other [unknown] injuries – [responding person] isn’t sure where all the blood is coming from.”

According to the log, the actor was “completely crushed under a large snowcat” and was having “extreme [difficulty] breathing.” It also notes that “the right side of his chest is collapsed — upper torso is crushed.”

He later posted a video of his mom and sister at the hospital where he appeared to be getting his hair washed, writing, “A ‘not no great’ ICU DAY, turned to amazing spa day with my sis and mama❤️. Thank you sooooo much.”

Jeremy Renner 911 Call Reveals He Was ‘Completely Crushed’ by Snowplow 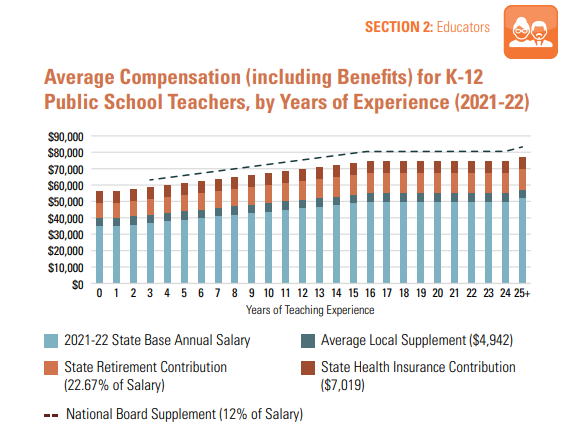 Damn! The Average Teacher Compensation In NC Is $79,996? But Maybe Consider…