Howie Mandel revisited his past when he returned to his hometown of Toronto, where he was the guest of honour at the opening ceremonies of the 2022 Canadian National Exhibition on Friday, Aug. 19.

The “America’s Got Talent” judge was on hand to kick off this year’s CNE as Canada’s largest fair reopens after a two-year hiatus.

Toronto mayor John Tory and CNEA president Suzan Hall were on hand as Mandel used a giant pair of scissors for the ribbon-cutting ceremony to officially open the 144th CNE. 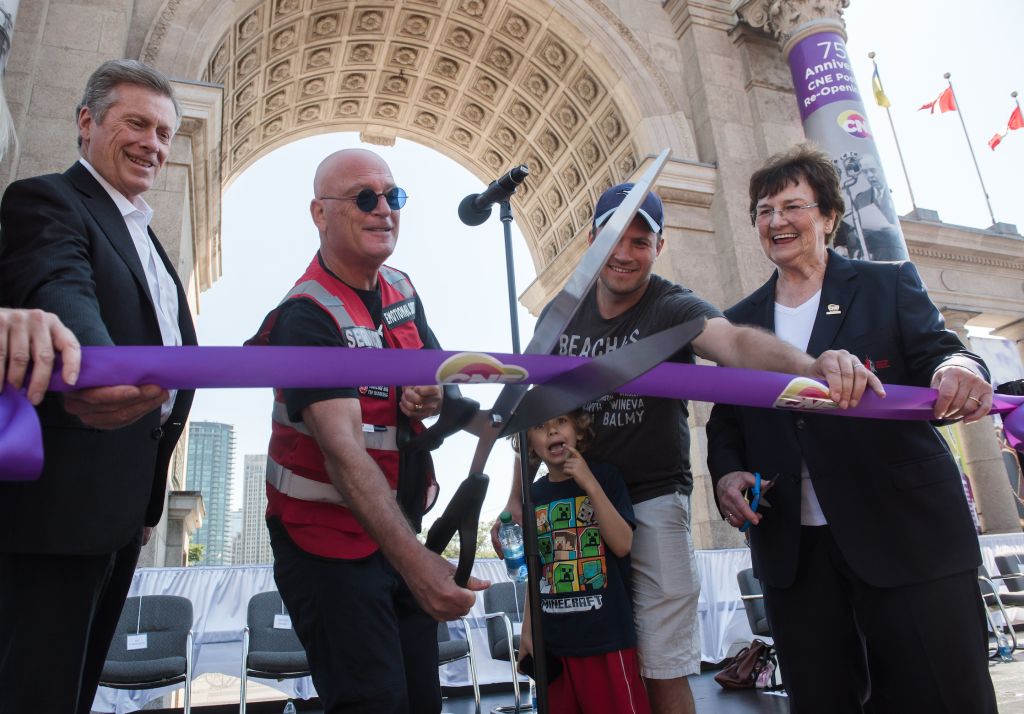 Mandel was also the headliner for the CNE’s first-ever Comedy Night on the Bandshell, where he was joined by fellow comedians Ali Hassan, Nour Hadidi, Nile Seguin, and “Canada’s Got Talent” finalist Courtney Gilmour.

Before taking the stage, Mandel took a walk down memory lane to revisit his childhood memories of working at the CNE.

To the delight of fans, Mandel took over the microphone as “hype man” for one of the midway rides, and then joined some fairgoers by taking a ride on the attraction.