How King Charles Is Prepping For His Coronation (Exclusive)

King Charles III is preparing for his coronation in May 2023 by hitting the ground running and not slowing down.

Royal expert Katie Nicholl tells ET that His Royal Highness, 74, loaded up his schedule even before the official coronation, which is set to take place May 6, 2023, at Westminster Abbey in London and conducted by the Archbishop of Canterbury.

“Well, it was always the king’s intention to hit the ground running and I think we absolutely have seen him do that,” Nicholl tells ET. “He’s traveled tirelessly around the country. He’s preparing for a series of tours, both before his coronation on May 6 and after the coronation. So, he’s really putting down the markers of his new reign. He’s wasted no time in getting to work.”

Some of that early work includes requesting that his sister and younger brother — Princess Anne, 72, and Prince Edward, 58 — be made Counsellors of State. The move was necessitated by the fact Prince Andrew (stripped of all his royal duties) and Prince Harry (stepped away from royal duties in 2020) are no longer available.

“It’s no coincidence that a really important decision in making Princess Anne and Prince Edward Counsellors of State so they can stand in for him in his absence was incredibly significant,” Nicholl said. “He hasn’t stripped Andrew and Harry of their roles, but by having two new Counsellors of State, he’s got Anne and Edward to deputize for him when he’s away, and we can expect him to be away a fair bit. I think he’s going to want to carry out an ambitious tour, having done the U.K. of the Commonwealth. So, I think that’s what we’re going to see leading up to his coronation date.”

While King Charles’ coronation will undoubtedly draw a worldwide audience and a throng of spectators on May 6, the event will only seem like it’s being scaled back a bit, relatively speaking.

“We know that the U.K. is going to have an extra bank holiday,” Nicholl said. “We know it’s not going to be as grand an occasion as the Queen’s coronation because there will be fewer people. We’re talking 2,000 dignitaries rather than 8,000. That said, it’s still going to take place at Westminster Abbey. It’s still going to be grand with all the protocol, [pomp and circumstance] that you would expect of a coronation. It’s not going to be watered down in any shape or form, and I think you’re going to see a real focus put, obviously, on the King and Queen Consort, but also on the Prince and Princess of Wales, this projection of a new fab four, which I think is really going to come to define King Charles’ reign.”

Nicholl also offered some insight into the royal family’s thinking now that season 5 of “The Crown” has finally dropped on Netflix.

“I think in the case of “The Crown”, there was a huge amount of hype and media attention of this latest series, even before it had aired,” she said. “I think the general conclusion is this has been a bit of disappointment compared to previous [seasons].”

Nicholl said the new season of “The Crown” — featuring an episode embarrassing to Charles and Camilla — could have a lasting impact on the younger generation.

“Well, the crowds are still there to turn out when he’s attending official engagements, but that’s not to say that it hasn’t caused any reputational damage, and I think the concern — certainly by the King — is that the younger generation, the Netflix generation, may well tune in to the series and not be able to distinguish fact from fiction, and perhaps may base their opinion of Charles based on his past and what they’ve seen represented in “The Crown”.”

That, Nicholl tells ET, was “always one of the King’s greatest fears.” She adds that sources close to the King say he feared that the start of his reign would be overshadowed by his past. But there’s a glimmer of hope for the new King.

“Those fears weren’t completely unfounded but I actually think that Charles has probably escaped from this relatively unscathed,” she added. “I don’t think “The Crown” has done a huge amount of damage to King Charles … and I think that the palace hasn’t weighed into any debate about whether or not [“The Crown”] should carry a disclaimer, and [it] probably suggests that they’re not too worried about it.”

How King Charles Feels About ‘The Crown’ Reliving Past Troubles

‘The Crown’ Consultant Reveals If King Charles Can Actually Breakdance

Man Holding Knife During Argument with Friend Accused of Stabbing Him 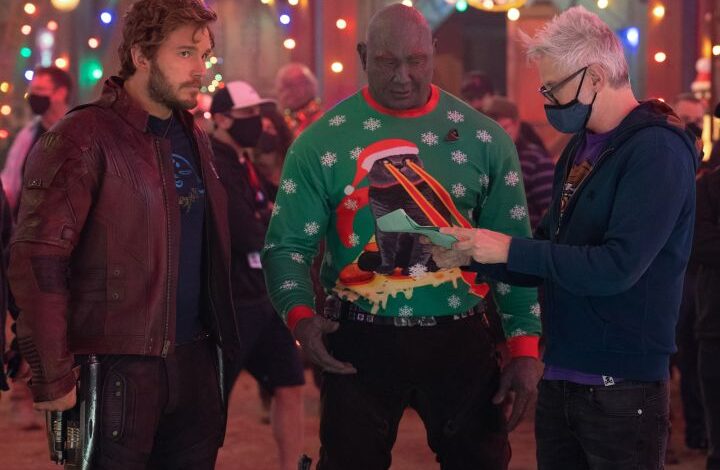 James Gunn On How ‘Guardians Of The Galaxy Holiday Special’ Is A ‘Trojan Horse’ Introducing ‘Vol. 3’