Hillary and Chelsea Clinton are teasing their new eight-part docuseries “Gutsy” in the latest cover story for Entertainment Weekly.

Premiering at this year’s Toronto International Film Festival ahead of its release on Apple TV+ this fall, “Gutsy” sees the Clintons sit down with prominent female stars, including Kim Kardashian and Megan Thee Stallion, as well as women activists and community leaders, to talk about how they’re making positive change in the world.

“I think it’s especially important right now for women to talk about our lives because there are forces at work in our society that want to turn back the clock on women,” Hillary tells EW.  When choosing females to profile, Hillary says they were “looking for certain attributes like resilience and persistence and determination and courage, but we were also looking for women who not only had all of those attributes for themselves, but were trying to change something, trying to open doors for others to follow.”

“Whether it’s criminal justice reform or comedy, trying to save the planet Earth, or show the different ways in which we love as human beings, that it was really important to us that we not have one definition or one kind of manifestation of guts,” Chelsea adds.

So what exactly is a “gutsy” woman worth profiling, according to the Clintons? Hillary says, “gutsy women refuse hate, we’re saying, here’s how they do it, how can we do it? Or how can you do it? And we wanted the audience to feel really connected to those themes.”

Chelsea adds, “It was really important to us to include a real diversity of women, including across generations. It was important that we were doing this together as an intergenerational conversation because we do think so many of these conversations, at least, should be multigenerational from moms to daughters to grandmothers to granddaughters, and of course, also with the men in our lives.

“And so that was similarly important to us as we were thinking about not only the themes, but also the people we hoped would be part of these conversations within each theme, within each episode,” she says.

The series involved getting Hillary outside of her “comfort zone,” as she tells EW that being in front of the camera “was a kind of leap of faith”.

“It was outside my comfort zone, but also doing it with Chelsea was a great way to kind of come together around stuff we have talked about since she was a little girl,” Hillary explains.

As for the celebrity guests who join in on the “Gutsy” conversations, the Clintons wanted to showcase Megan Thee Stallion’s “dream of taking care of people better with their health as they age” as well as Kardashian’s “dogged commitment to criminal justice reform and to trying to both change unjust sentencing laws and the injustice that has been so hard-coded into our criminal justice system.”

“Her efforts on the basis of trying to help individual prisoners who have been unfairly and unjustly sentenced,” Chelsea says. “I just was really impressed by how not only important this is to her, but how important this is to her definition of who she is and how much this has and will continue to be a journey for her as she continues to try to figure out how to make the difference she wants to make.” 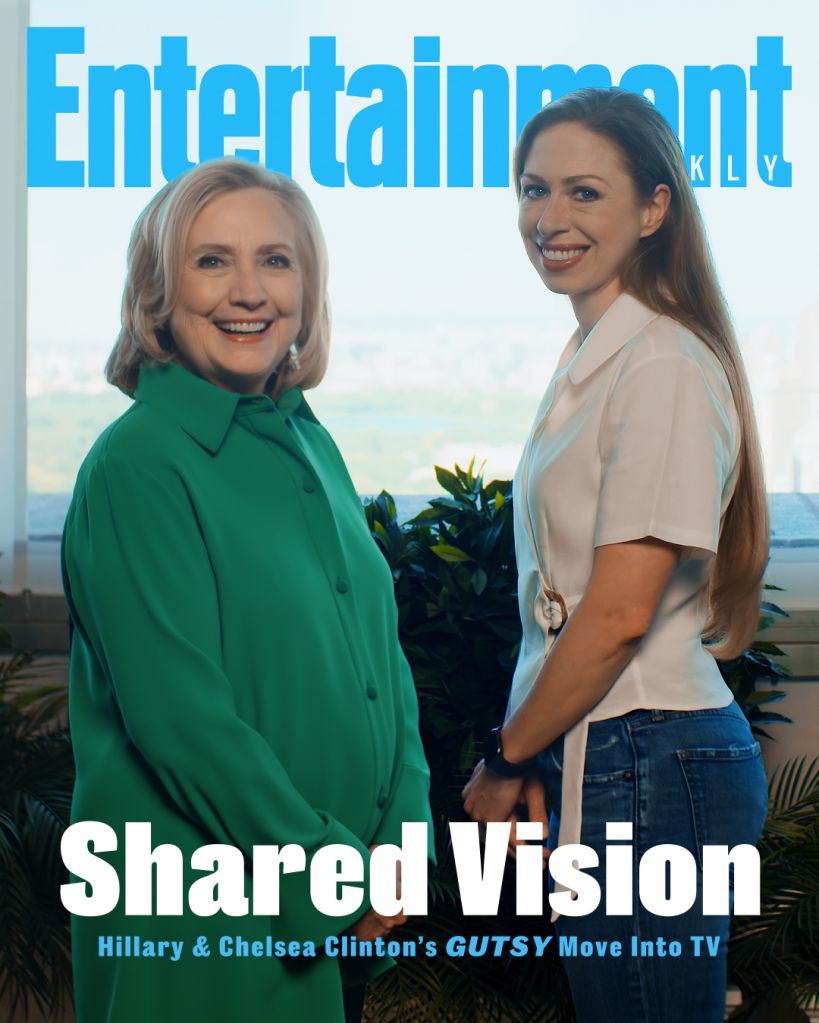