By Miguel A. Melendez‍ , ETOnline.com.
Published: 22 secs ago

When it came to her elaborate costume for her epic Halloween party, Heidi Klum had just one request from her husband — leave no woman giant earthworm behind!

The 49-year-old supermodel opened up about what it was like to be stuffed as a giant earthworm when she spoke to ET’s Will Marfuggi on the “America’s Got Talent: All-Stars” red carpet in Los Angeles. Klum didn’t hold back about the fact that the costume brought on some anxiety for a myriad of reasons.

“It was strange to be in there, I have to say, because no one can really hear you,” said the “AGT” judge while covering her ears. “You can’t really hear anyone because it’s like this. Everything is muffled at all times. So it’s all tight in there and it’s boiling hot in there. Like, literally it’s like a shower. It’s dripping, dripping, dripping and yeah, you can’t do anything. You can’t scratch, you can’t point.”

ET was on the red carpet at Klum’s Halloween party and our cameras caught the iconic moment when she writhed and wriggled on the carpet, while her husband, Tom Kaulitz, stood on as the fisherman who hooked her. Klum told ET’s Rachel Smith that the costume was months in the making. But once she finally put it on, there was a new set of challenges, prompting her to make a key request to her husband.

“I had to roll everywhere,” Klum told ET. “I just said to my husband, ‘Please don’t leave me flat on my face and suffocate’ because I was worried that I was gonna, at some point, not have any gas left. I was worried to be, like, stuck like this and not be able to breathe and they forget about me. Crazy things go through your head.”

As far as how her fellow judges reacted, Klum says they applauded the stupendous effort. The costume also elicited a ton of laughs, which is really what she wanted, to put a smile on people’s faces.

“They were like, ‘This is the funniest thing I’ve ever seen.’ So, that just makes me happy,” she said, “that I could put a smile on everyone’s faces, you know?”

Howie Mandel sure had a smile on his face, but he also had other thoughts on the costume.

“It was scary,” quipped the “AGT” judge. “I’ve said to Heidi, you’re a supermodel, you could look good in anything, and then she just proved me wrong. I mean, it was a great costume, but I wouldn’t look at that and go, ‘She looks terrific!’”

Mandel, a self-proclaimed germaphobe, also wasn’t fond of Klum rolling on the ground.

“No, the fact that she was … and how do you run in that?” Mandel quipped again. “What if she had to run, God forbid, there was an emergency?!”

Terry Crews thought Klum instantly won Halloween, as has been her custom since throwing the first epic Halloween party more than two decades ago.

“It was unbelievable the levels that she goes to,” he said. “She takes it to a stratospheric level and I can only watch in awe. She even had the eyes, they were all like different colours and stuff. It was nuts. It was scary and it was so, like, real and slimy like a real worm. Not a cute cartoon worm. She went in and, I mean, again, she’s an icon. She’s a legend. She’s like, either bring it or go home, and she ain’t ever going home.” 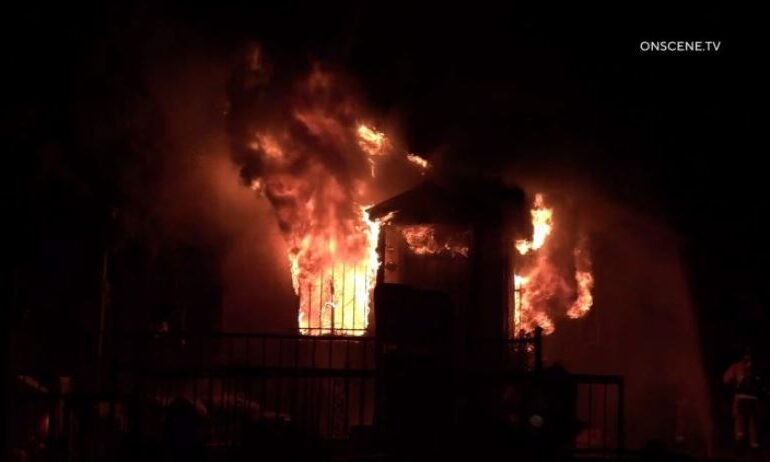