Former film producer Harvey Weinstein was convicted Monday of sexually assaulting a woman in the Los Angeles area in 2013, but jurors acquitted him of charges relating to a second alleged victim and were unable to reach verdicts on charges relating to two other women.

Weinstein, 70, was convicted of three of the seven counts he was facing — forcible rape, forcible oral copulation and sexual penetration by a foreign object. All three of those counts related to a victim referred to only as Jane Doe #1, with the crimes occurring on or about Feb. 18, 2013.

The eight-man, four-woman jury acquitted him of a felony charge of sexual battery by restraint involving an alleged attack on another woman — Jane Doe #3 — in 2010.

Jane Doe #4 was publicly identified by her attorney as Jennifer Siebel Newsom, the wife of Gov. Gavin Newsom.

Los Angeles Superior Court Judge Lisa Lench declared a mistrial was declared on the counts on which the jury could not reach a verdict. Jurors indicated they were split in favor of conviction on those counts.

Attorneys are due back in court Tuesday morning to deliver arguments on aggravating factors in the case. Weinstein faces up to 18 years in prison for the counts on which he was convicted, although aggravating factors could lift that total to 24 years.

Jurors deliberated for roughly 41 hours over 10 sessions, twice hearing read-backs of testimony from the trial — most recently on Monday morning. The jury was originally handed the case on Dec. 2, and it submitted at least one question to the judge during its deliberations, although the contents of the query were not revealed.

Prosecutors argued during the trial that the Oscar-winning Weinstein used his position as one of Hollywood’s most successful movie producers to gain access to and sexually assault women. Deputy District Attorney Paul Thompson told jurors at the start of the case that Weinstein and his brother, Bob, created Miramax Films, which produced a number of “iconic and award-winning films” including “Pulp Fiction,” “The English Patient,” “Good Will Hunting” and “Shakespeare In Love,” among others. The movies launched the careers of Matt Damon, Ben Affleck, Gwyneth Paltrow and Quentin Tarantino, Thompson said.

Weinstein won an Oscar as a producer of best-picture winner “Shakespeare in Love.”

Weinstein — who Deputy District Attorney Marlene Martinez had earlier called a “titan of the film industry” — engaged in “despicable behavior” and made sure that the alleged victims knew he “could destroy them,” the prosecutor said in her closing argument. Martinez told jurors that Weinstein used his power to prey on and silence women. She called him a “predator,” and said none of the women making accusations against Weinstein knew each other.

But defense attorney Alan Jackson told the jury that the entirety of the prosecution’s case could be summed up with five words — “Take my word for it” — and said the alleged victims lied on the stand about what was actually “consensual” or “transactional” sex with the now-disgraced filmmaker.

“Did one person come in here and say, ‘I said no to Harvey Weinstein and he screwed my career?’ Was there one? … Not one person said that because it’s a fable … It just isn’t true,” Jackson said.

The producer did not testify in his own defense.

Prosecutors opted not to proceed with four criminal counts — two counts each of forcible rape and forcible oral copulation — involving “Jane Doe #5,” who had not been mentioned in the prosecution’s opening statement but was one of the charged victims in the indictment against Weinstein.

During the trial, jurors also heard from four other women who were allegedly sexually assaulted by Weinstein, but are not listed as charged victims in the case.

Jennifer Siebel Newsom — a documentary filmmaker — told jurors in her testimony that she still lives with the trauma of being raped and sexually assaulted by Weinstein in his suite at The Peninsula Beverly Hills hotel in September 2005.

In a statement issued after the verdicts were announced, Sibel Newsom said, “Harvey Weinstein will never be able to rape another woman. He will spend the rest of his life behind bars where he belongs. Harvey Weinstein is a serial predator and what he did was rape. Throughout the trial, Weinstein’s lawyers used sexism, misogyny and bullying tactics to intimidate, demean and ridicule us survivors. This trial was a stark reminder that we as a society have work to do. To all survivors out there — I see you, I hear you, and I stand with you.”

Gov. Gavin Newsom issued a statement praising his wife “and all the brave women who came forward to share their truth and uplift countless survivors who cannot. Their strength, courage and conviction is a powerful example and inspiration to all of us. We must keep fighting to ensure that survivors are supported and that their voices are heard.”

Weinstein, 70, was previously convicted in New York of raping an aspiring actress and of a criminal sex act against a former production assistant. That state’s highest court has since agreed to hear his appeal involving that case. 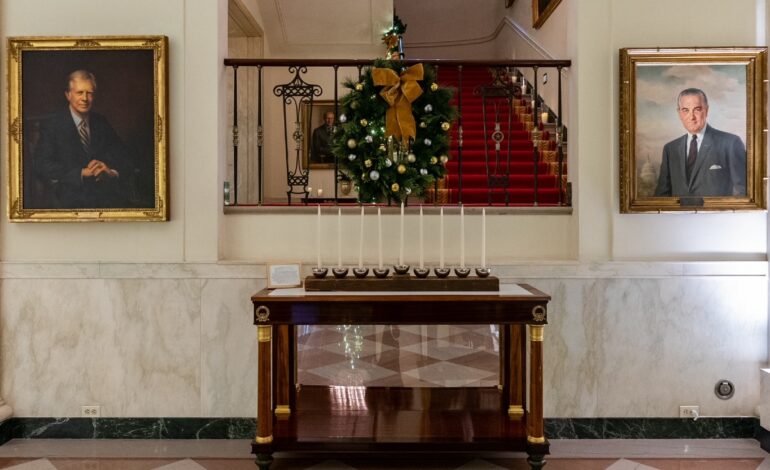