The 2023 Golden Globes was a night of memorable wins, stunning fashion, and, well, Brad Pitt. And while the televised broadcast featured plenty of special moments, there was a lot the cameras didn’t capture at The Beverly Hilton on Tuesday evening.

From hugs to reunions to a Rihanna photo shoot, there were plenty of unseen moments from A-listers and newcomers alike.

ET was live on the red carpet and inside the annual awards show, and got some insider details and eyewitness accounts of what when down when the cameras weren’t rolling.

Everyone loves a good manicure, and Anya Taylor-Joy and Julia Garner were spotted greeting each other and showing off their nails as they arrived at the show. An eyewitness says the women “seem thrilled to see each other” as they introduced their significant others.

Sticking to his sobriety, Brad Pitt was seen throughout the night enjoying a refreshing water amid the festivities. The veteran star was spotted standing by his seat smiling as his “Babylon” co-star, Margot Robbie, grabbed a bottle of Moët and poured herself a glass. He also seemed to be cracking jokes to make Robbie laugh throughout the night.

“Brad looks relaxed and smiling,” an eyewitness tells ET. “Brad has a Voss water bottle and cheers Margot with it.”

Pitt went over to say hello to his other “Babylon” co-star, Jean Smart while she was with Garner. He told the “Inventing Anna” and “Ozark” star, “Nice to meet you.” Garner replied, “Stop it, oh my god,” and looked “star struck,” according to an eyewitness.

While enjoying the show, Pitt continued sipping on water. He was seen laughing and taking a sip of his beverage when Eddie Murphy made a joke about Will Smith’s 2022 Oscars moment — where he slapped Chris Rock onstage — during his Cecil B. DeMille award speech.

Murphy opened up to ET’s Nischelle Turner and Kevin Frazier after his speech, saying he meant no harm with his comments.

“Yeah, because in reality, I’ve worked with Jada,” Murphy said. “I love Will. I love Will, and I love Chris — and it’s all love.”

Speaking with a fan, Taylor-Joy opened up about her thriller, “The Menu”, telling a woman they made it for people in the restaurant industry. The woman said she was sobbing during the movie.

Glowing mom-to-be Kaley Cuoco was joined by her boyfriend, Tom Pelphrey, who was spotted rubbing his love’s belly. “He seemed so doting and sweet,” an eyewitness shared.

Cuoco also was overheard in the bathroom at the event acknowledging a woman pumping and telling her, “I’m gonna be you soon!”

The pregnant actress said there should be a room for pumping mothers.

“She was super friendly and glowing,” an eyewitness tells ET. “She told someone that she and Tom can’t wait to welcome their baby. They’re so excited.”

Speaking of babies, pregnant Claire Danes, who is expecting her third child with Hugh Dancy, was seen catching up with mother of three, Michelle Williams, as the pair talked about their kids.

Williams was also spotted cozying up to her husband, Thomas Kail, backstage as the pair pressed their faces close to one another.

Also keen to speak to Williams was veteran actor Henry Winkler, who was seen kissing Williams’ hand as they caught up. Winkler also later stopped winner Jennifer Coolidge as she was posing for pics with fans to simply declare to her, “Magnificent!”

While some stars were checking in with one another, Salma Hayek was taking advantage of the food options offered at the show. The “Puss in Boots: The Last Wish” star was spotted grabbing a piece of mozzarella cheese and eating it near the buffet table. She then took off a shoe to give her foot a break, before eating more mozzarella. Later Hayek was spotted fixing herself up in the bathroom while saying, “I’m still hungry,” as supermodel Heidi Klum touched herself up in a mirror nearby.

Rihanna also seemed to enjoy the food options at the event as she was seen eating a breadstick as her partner ASAP Rocky put on his sunglasses. The couple were whispering in each other’s ears at their table.

Several minutes later, Rihanna posed for a photographer near the bathroom. “She was doing a photo shoot by the bathroom. She looked gorgeous,” an eyewitness told ET.

Meanwhile, “Abbott Elementary” star Sheryl Lee Ralph also tweeted, “Did I tell you Rihanna and ASAP Rocky each blew me a kiss?!?!!! #thankyou.”

Did I tell you Rihanna and ASAP Rocky each blew me a kiss?!?!!! #thankyou

Not all dates were romantic. Selena Gomez and her younger sister, Gracie Elliott Teefey, were seen walking toward the exit after walking the red carpet and attending the show together. The “Only Murders in the Building” star was carrying her shoes and walking barefoot.

Former “American Horror Story” co-stars, Evan Peters and Angela Bassett, reunited, giving each other a big hug. They swayed as they held onto one another.

And that wasn’t the only reunion. “Pam & Tommy” co-stars Sebastian Stan and Lily James gave each other a sweet hug as she was seen exiting the show while holding up her dress.

And comedian Nicole Byer got an unexpected job as she was asked by an older man if she could search for his wife inside the bathroom. She said “sure” and went inside to call out the woman’s name.

The 80th annual Golden Globe Awards officially returned to NBC this year after last year’s cancellation following repeated controversy over the Hollywood Foreign Press Association’s nominations process and lack of diversity in its membership. The 2022 Golden Globes was not televised after being canceled by NBC, and was held without an audience or red carpet.

2023 Golden Globes: Most Memorable Moments of the Night!

Austin Butler Addresses Sounding like Elvis at the Golden Globes 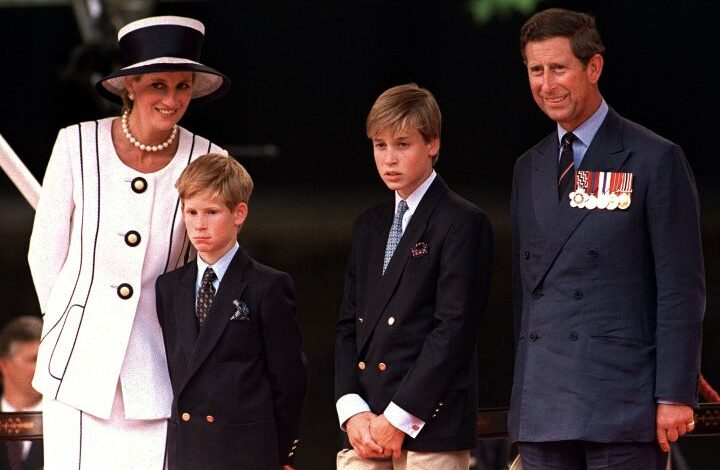 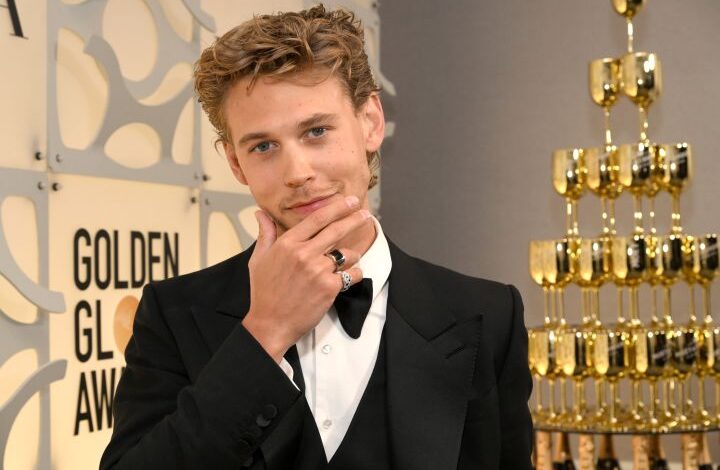