By Melissa Romualdi.
Published: 3 hours ago
Last updated: 34 mins ago

DeGeneres took to Twitter to remember her former colleague and close friend while expressing her condolences to the DJ’s family alongside a touching photo of the two embracing.

I’m heartbroken. tWitch was pure love and light. He was my family, and I loved him with all my heart. I will miss him. Please send your love and support to Allison and his beautiful children – Weslie, Maddox, and Zaia. pic.twitter.com/lW8Q5HZonx

Nigel Lythgoe, co-creator and host of “So You Think You Can Dance”, which Boss competed on at the start of his showbiz career, provided a statement to Entertainment Tonight that reads: “I am heartbroken and devastated at the moment. I’m at a loss to understand how someone as loved and as inspirational to so many people as Stephen was, can feel they are in such a dark place that they have no other choice but to end their life.”

“With tWitch that is unimaginable to me. What were the demons that he kept to himself? He always had that broad smile and a joy of life. Everyone who met him loved him. Did he really have no one to talk with that could help him to unload some of his issues? How sad, how very sad,” he continued.

Lythgoe, who hosted tWitch and his wife Allison Holker’s wedding at his vineyard, went on to note that “mental health is a real issue that is often hidden from us,” adding that “the dance community will be reeling today but my deepest sympathy goes out to his wife, Allison and their children.”

“It’s important to recognize that mental health is a real problem and sometimes goes unnoticed in our loved ones. As we go into this happy time of the year for so many of us we must recognize that stress and dark emotions appear to be heightened in others,” he concluded.

“SYTYCD” judge and “Hairspray” director, Adam Shankman, also paid tribute to Boss by sharing the last photo they took together along with a heartfelt caption about how “special” he was.

Andy Lassner, who served as producer on “The Ellen Show” paid his respects on Twitter:

Actors Kerry Washington, Viola Davis, Jada Pinkett Smith and musicians Alicia Keys, Ciara and Snoop Dogg, among countless celebs, have taken to social media to pay their respects to the beloved dancer and his mourning family. Some even used the opportunity to advocate for empathy, self care and mental health.

Rest in Peace to Stephen Boss “Twitch”. I’m Heartbroken for his family

Shocked and saddened to hear the news of @official_tWitch death. Twitch was a warm, joyful, and loving person that I had the honor of working with on tv a bit. Always the most genuine and down to earth and humble energy. Sending his family my deepest sympathies. #RIPTwitch pic.twitter.com/zXV1Ybs48M

What is going on?! This news has broken my heart. I’ve loved him since #SYTYCD. He was always so joyful & full of life. Always.

If you are feeling despair PLEASE call 988. #PleaseStay

Stephen ‘tWitch’ Boss Dead at 40 by Suicide https://t.co/GEjHIJCNmT via @TMZ

Leah Remini, who judged alongside tWitch on “SYTYCD”, shared a lengthy tribute on Instagram.

“Fuller House” star Jodie Sweetin commented on a post shared by People, writing, “Im so heartbroken. This can’t be real….”

Athlete Amy Purdy, who also competed on “Dancing With The Stars”, where Holker previously starred as a pro dancer, commented on People‘s post as well, writing, “Oh my god no! This is devastating. Sending you so much love @allisonholker,” before sharing her own post.

“Vanderpump Rules” star, Kristen Doute, said, “I can’t believe this. you really never know when someone is struggling. all of my prayers and love to allison and their beautiful children.”

RIP DJ Twitch. I was a fan of his light and talent. My condolences to his beautiful family. 🕯️

My son just called me to let me know tWitch, Stephen Boss, has passed. I send love & will pray for Allison Holker & their 3 children.I am so sad- his joyful talent lit up our hearts from the time my kids were small. Hold your loved ones dear!!This life is not promised to anyone..

A kind soul and a sweet person.. that is how I will remember Twitch… This was his 40th birthday party .. my heart goes out to his family especially Allison and their beautiful kids.. this is devastating… I love you brother and will miss you dearly. pic.twitter.com/qkmsM3aodT


READ MORE:
tWitch Tells Ellen White People Shouldn’t Let The Fear Of Making Mistakes Stop Them From Speaking Out: ‘We Don’t Need You To Be Perfect’

To my beloved friend, confidant, and brother…

God knows, my heart is at a standstill because I have never known a friend like you. No words, dance, or show can adequately capture just how magnificent your existence was to this world and me. pic.twitter.com/hm0sbefcpw

I will say more later. But, if you are a journalist writing about today’s news. That man was not a sidekick to anyone and he was more than a DJ. He was the glue between the pieces. Give him the credit he deserves!

Absolutely devastated by this news. Stephen was such a wonderful loving soul, filled with joy and positive energy. I worked with him several times and he was nothing but amazing. I don’t know what demons he was dealing with but my heart goes out to Alison. https://t.co/6KJT38SKyO 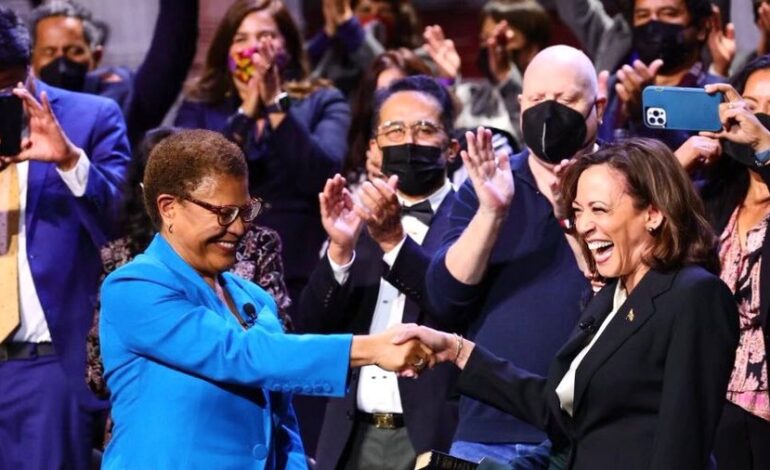