By Meredith B. Kile, ETOnline.com.
Published: 13 secs ago

The long-anticipated sequel to “Enchanted” is almost here! The trailer to the sequel dropped Friday at Disney’s D23 Expo, and it promises life’s not always a fairytale in the suburbs.

The trailer opens with Amy Adams as Giselle, a princess that finds her way from her animated fairy-tale land into the real world finding herself in the suburbs of Monroeville and married to Robert Philip (Patrick Dempsey).

James Marsden, who played Giselle’s daft fairy-tale prince — and who ends up with Robert’s ex, Nancy (Idina Menzel) — in the first film, told ET last fall that he was excited to return to the role. 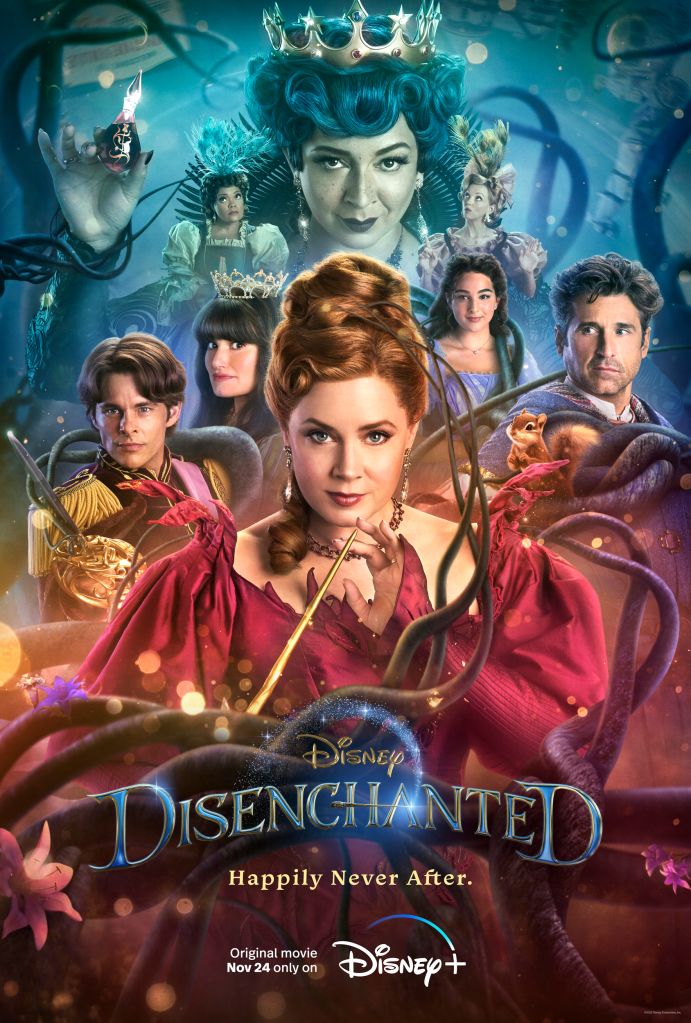 “They have been talking about making it for years,” said Marsden, who’s reprising his role of Prince Edward. “I got my hopes up many times before and recently I was like, ‘Sure, sure, they’re going to make it.’ And last year they said, ‘We are actually doing this,’ and they sent songs, and I am like, ‘OK, this is actually real.’”

“Alan Menken and Stephen Schwartz did all of the music again, and Amy Adams [is] playing her great role as Princess Giselle,” he added. “It was a lot of fun getting back and working with Idina and getting the pipes back to working properly and the singing stuff.”

Disney announced in May that “Disenchanted” will debut exclusively on Disney+ in 2022.

While Marsden was thrilled to get back to singing, the actor joked about the challenges of returning to a role after 15 years.

“I have never felt older,” he quipped. “Fifteen years is not the sort of time frame you want to wait for the sequel of your movie where you play a Disney prince [to come out]. You go back in and you just got a belly and three chins.”

Overall, Marsden said, coming back to the world of “Enchanted” “was fun.”

“I think we made something special,” he told ET. “I hope people will dig it.”

Adams previously told ET that returning to her role for the upcoming project was “amazing.”

“It was really fun to get to revisit that role that meant so much to me. I felt such a huge love for her and her world,” she shared. “It was just a really great time. I get to sing a lot in that one… It’s an extravaganza of ‘Enchanted’.”

In addition to the returning cast, Maya Rudolph will play a new character, Malvina, Giselle’s adversary. Adams said “getting to play off of” Rudolph was “amazing,” while the “SNL” alum gushed to ET about her villainous role.

“I’m very excited about it. I mean, that’s Juicy Town, USA,” Rudolph said. “When you’re a kid and you’re the villain, you’re like, ‘Come on! I wanna be a princess!’ But then when you get older, like, the villain is fun.”

“Disenchanted” is set to be released exclusively on Disney+ on Nov. 24.

‘Disenchanted’ Is Coming to Disney Plus