There’s no denying that fans are in for a sexy time when “Magic Mike’s Last Dance” comes out next month, but according to the stars, behind the scenes, things got dangerous a few times!

Salma Hayek and Channing Tatum gave ET’s Nischelle Turner a sneak peek at the third instalment of the popular franchise, and revealed that some of the intricate dance numbers could get a little tricky — even with professionals at work.

“I remember in one rehearsal he nearly dropped me upside down, head hitting the floor,” Hayek recalls to her co-star’s denials.

“It didn’t happen, so I don’t know what you’re talking about,” Tatum counters as Hayek recounts their dancing mishaps in which she had to “bend my legs [but] I didn’t bend them in rehearsal.”

“Yeah, you didn’t bend them, but I saved that queen,” the “Magic Mike” franchise star asserts. “The queen’s crown didn’t hit the ground!”

“But it came this close, and then he reprimanded me,” Hayek adds. “We laughed and then he said, ‘OK, let’s review what we have learned from this experience.’ It’s hard to remember what you’re supposed to do when you’re upside down!”

That’s probably fair considering the many complicated dance numbers the film teases fans with. “Magic Mike’s Last Dance” follows Tatum’s “Magic” Mike Lane, who meets and subsequently shows off his special skillset to a wealthy socialite, played by Hayek. In the trailer released in November, Mike gives Hayek’s unnamed socialite a noteworthy lap dance, which inspires her to ask the dancer to join her in London with an offer he can’t refuse — the means to create his own bigger-than-life show.

“You came along and gave me this unexpected, magical moment that made me remember who I really was,” Hayek says in the trailer as Tatum strips off his shirt and undresses her. “I want every woman that walks into this theater to feel that a woman can have whatever she wants, whenever she wants.”

“I know we’ve seen him dance, I know we all know how great he is. But I think he’s going to blow people’s minds,” Hayek previously said of her co-star.

Speaking of how Tatum’s undeniable dance moves have made “Magic Mike” a beloved franchise, the 42-year-old actor reveals that he hasn’t shared the real-life inspiration for the film with his 9-year-old daughter, Everly, whom he shares with ex wife, Jenna Dewan.

“When she’s old enough to watch them, we’ll have that conversation,” he explains to ET. “There’s no version of me not having the conversation of ‘Dad didn’t just do them in movies, I was an actual stripper,’ so I’m not gonna lie to her.”

The actor also admits that “Magic Mike’s Last Dance” is most likely the final title in the franchise that inspired the stage production Magic Mike Live, which has seen runs in Las Vegas, the U.K., Australia and Germany in recent years.

While Tatum notes that the story of Magic Mike is “just gonna keep going,” he adds, “I can’t tell you there’s gonna be another [film].”

“I think that at some point he was like, ‘Oh, I’m glad this is the last one ’cause I don’t have to get into this shape again,’” Hayek says, to which Tatum jokes that he truly doesn’t believe he can.

“The day they said wrap, he went crazy! We’re going to the wrap party in the cars and he [was in] the other car shoving the pizza [in his mouth],” she recalls. “Like the Cookie Monster, but it was the Pizza Monster. He was so happy.”

“I was rubbing it on my face. I was just like, ‘Ahhh,’” Tatum confirms with a laugh.

‘Magic Mike’s Last Dance’: Go Behind the Scenes With the Film’s Stars 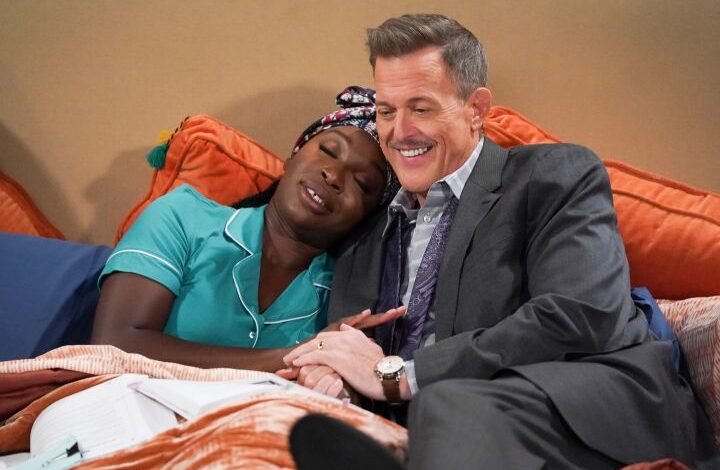 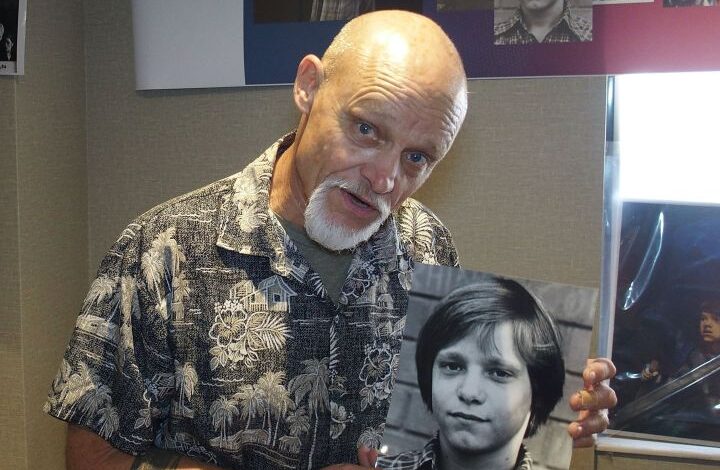