Republican Kevin McCarthy, after a grueling four days, rose to become speaker of the House of Representatives on the 15th vote following harsh infighting within his own party.

The final vote came after midnight, according to CNBC, which noted that the vote remained open, but McCarthy had won enough votes to put him over the top as speaker.

Just hours earlier, he had suffered yet another embarrassing defeat as he failed by a single vote to be elected speaker, prolonging the deepest congressional dysfunction in more than 160 years.

In his 14th defeat of the week, McCarthy received 216 votes, one shy of the number needed for a victory, as a small faction of right-wing hardliners held out despite his promise of spending cuts and other concessions that had won over many of their colleagues.

Six Republicans withheld their votes or voted for other candidates, hours after McCarthy predicted “It’s going to happen.”

In hopes of securing enough votes to win, he had called an hours-long recess for the chamber, with lawmakers returning at 10 p.m. for another round of voting.

The decisive moment came when hardline Rep. Matt Gaetz withheld his vote from McCarthy. Members of the party leadership hovered over the Florida Republican for several minutes trying to persuade him to change his mind before admitting defeat.

The result left the House rudderless after a week of repeated votes that highlighted Republicans’ divisions and raised questions about their ability to govern. The chamber has not seen this level of congressional dysfunction since 1859.

Lawmakers prepared for an expected 15th vote, setting the stage for a session to stretch past midnight, with some chanting “One more time.” It was unclear what would happen if McCarthy failed again.

McCarthy supporters and some Democrats worried the concessions he made in hopes of securing the House speakership, including agreeing to allow any single member to call for a vote to remove him from office at any time, could extend the deepest congressional dysfunction in generations.

McCarthy earlier in the day had gained backing from 15 of his former hardline opponents, but drew just 214 votes in total, three short of the 217 needed if all 434 current members of the House vote.

The path to a winning tally depends on the ever-shifting math of where his six remaining hardline opponents stand and whether two McCarthy supporters who had left Washington return on Friday.

Republicans’ weaker-than-expected performance in November’s midterm elections left them with a narrow 222-212 majority, which has given outsized power to the right-wing hardliners who have opposed McCarthy’s leadership.

They accuse him of being too open to compromise with President Joe Biden and his Democrats, who also control the U.S. Senate. Some say they want a leader who will be ready to force government shutdowns to cut spending.

That raises the possibility the two parties would fail to reach a deal when the federal government comes up against its $31.4 trillion debt limit this year. Lack of agreement or even a long standoff risks a default that would shake the global economy.

Rep. Scott Perry, the chairman of the hard-right House Freedom Caucus, said he changed his vote to support McCarthy because McCarthy agreed to profound changes in how the House approves spending.

“You have changes in how we’re going to spend and allocate money that are going to be historic,” Perry said. “We don’t want clean debt ceilings to just go through and just keep paying the bill without some counteracting effort to control spending when the Democrats control the White House and control the Senate.”

Congress needs to raise the debt ceiling to pay for spending it has already authorized. Debt ceiling increases do not authorize new spending on their own.

House Republicans proposed a raft of rules that would formalize the concessions made to hardliners. These could block mandatory spending increases for programs like Social Security and Medicare, guarantee lawmakers 72 hours to review bills before a vote and empower a single lawmaker to force a vote on ousting the speaker.

One of Perry’s constituents in Hummelstown, Pennsylvania applauded his switch.

“This is good for my business and good for the United States,” said men’s wear store owner Randall Miller, 65, who voted for Perry but had been upset by his stand against McCarthy.

The remaining holdouts faced increasing pressure to fall into line and allow Republicans to take control of the chamber, after some warned that the long standoff raised questions about the party’s ability to govern.

“It has become clear to me that a couple of individuals are simply obstructionists,” said Keith Self, a newly elected Texas Republican, after switching his vote.

It was unclear what – if anything – McCarthy could do to win them over.

Of the 20 Republicans who this week have cast votes opposing McCarthy, 14 received campaign contributions totaling $120,000 ahead of the midterms from the McCarthy-controlled Majority Committee fundraising group, federal disclosures show.

The House remained leaderless and unable to begin its business on Friday, the two-year anniversary of a Jan. 6, 2021, attack on the U.S. Capitol when a violent mob stormed Congress in an attempt to overturn then-President Trump’s election loss.

“The same extremist forces continue to have a stranglehold on House Republicans. They cannot elect a leader because their conference is held hostage by members who peddle misinformation and want to dismantle democracy,” said No. 2 House Democrat Katherine Clark in a statement on Friday.

This week’s 13 failed votes marked the highest number of ballots for the speakership since 1859.

McCarthy’s last bid for speaker, in 2015, crumbled in the face of right-wing opposition. The two previous Republican speakers, John Boehner and Paul Ryan, left the job after conflict with right-wing colleagues.

Wielding the speaker’s gavel would give McCarthy the authority to block Biden’s legislative agenda, force votes for Republican priorities on the economy, energy and immigration and move forward with investigations of Biden, his administration and his family.

McCarthy has also offered influential committee posts to members of the group, lawmakers said, as well as spending restrictions that aim to reach a balanced budget within 10 years. The agreement would cap spending for the next fiscal year at last year’s levels – amounting to a significant cut when inflation and population growth are taken into account.

That could meet resistance from more centrist Republicans or those who have pushed for greater military funding, particularly as the U.S. is spending money to help Ukraine fend off a Russian assault. 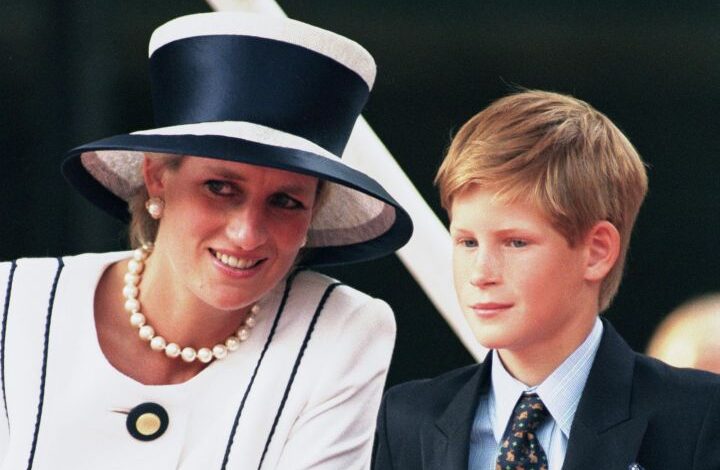 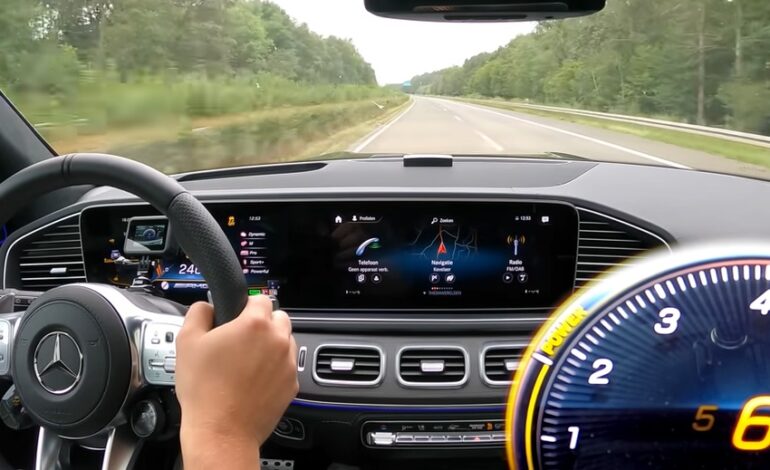 A Mercedes-AMG GLS 63 Tuned by Brabus Ploughs the Autobahn