During a swanky private event at the SLS Hotel Beverly Hills on Thursday, the Grammy-nominated quintet mingled with elves, posed with contest winners in a giant Christmas gift box and thanked “the best fans in the world” for 29 years of undying support.

“A big, big massive shout-out to all of our fans,” said AJ McLean, 44. “Without you guys, the Backstreet Boys would not be here today. You are true extension of our family, you are friends, you are our true BSB army and as Howie would — what do you always say, Howie?”

“Let’s [thank] the fans,” Brian Littrell, 47, reiterated. “At the end of the day, we make music for music lovers, including a lot of people. It includes a lot of market people, a lot of radio and a lot of fans that are true fans, so I just want to thank the fans.”

“I also want to thank our families for putting up with us over this time of work and dedication,” added Littrell, whose wife Leighanne and musician son Baylee, 20, were in attendance.

Nick Carter, who recently performed as a Sphynx cat on Canadian French singing competition series Chanteurs Masqués, thanked the band’s management team, while Dorough gave a shout-out to MeUndies, whose underwear products were used to decorate one of the venue’s Christmas trees. The group recently rocked MeUndies gear while recreating their 2000 Rolling Stone cover, which saw them posing with their pants down.

Kevin Richardson, 51, meanwhile saluted record label, BMG, who the group have a long history with. “Thank you for rolling the dice with us yet again, believing in us and in this project,” he said. “Thank you for working your tails off promoting this in the United States, Canada and around the word – and thank you for helping us achieve another number one!”

“We hope you enjoy it because we put a lot of love and a lot of heart and soul into it,” Richardson continued about the album, which features covers of classics like “This Christmas” and “Winter Wonderland,” plus original tracks “Happy Days,” “Christmas in New York” and “Together.”

Following news that their cover of late legend George Michael’s “Last Christmas” had topped Billboard’s Adult Contemporary Airplay chart — marking their first No. 1 on the chart since 1999 smash “I Want It That Way” — the musicians received a shout-out from Michael’s loved ones.

“Many congratulations to the band on behalf of George’s family and all at George Michael Entertainment,” they tweeted. “George would have been delighted. What a great start to December!🎄.”

“We’re honored to be able to bring this classic back to the charts!” the Backstreet Boys responded. “Happy holidays to you all ❤️.”

The song played throughout the night at Thursday’s festive event, where fans created their own Christmas ornaments, drank hot chocolate topped with the guys’ faces, snapped pics against a snow globe and took home The Elf on the Shelf swag.

The fun night, which was presented by Lumistella’s The Elf on the Shelf, also helped raise $8,001 for Point Hope, a charity helping youth in foster care and refugee or impoverished children in West Africa. The auction was run by Auction Cause through eBay for Charity.

Auction winners Amber Walz and Julie Wagoner have been Backstreet Boys fans since middle school and met through their love for the group. Walz said that as a mental health worker, she has long admired how the musicians use their platform to spread awareness and support those in need. She now has an annual holiday tradition with her two children, who help choose a charity for the family to support each Christmas.

“In my house, we look at Christmas as a season of giving,” she told us. “We’re blessed to have a comfortable home, stable jobs and loving family, and we talk about Santa as representing love and giving, not just a guy who gives presents. This auction benefited a charity to support youth, which fit in perfectly with what we strive to do as a family.”

“My kids love BSB too,” Walz added. “My son has seen them in concert twice and loves hearing about the causes they support and why. It’s heartwarming how much he looks up to them for that, not just their talent.”

During the group’s action-packed few days in Los Angeles, they also filmed their upcoming ABC special, “A Very Backstreet Holiday”, airing on Dec. 14, and an appearance on “The Kelly Clarkson Show”, airing on Dec. 12 The band will also appear on Good Morning America on  Dec. 9. Following Christmas radio shows, they’ll then take a break before hitting the road again to continue their DNA World Tour in Brazil, Chile, Asia and Australia before wrapping up the almost three-year run in New Zealand. 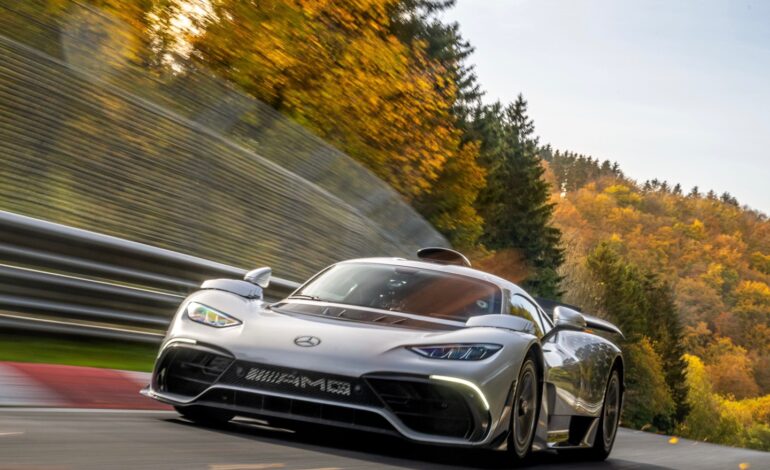 Mercedes-AMG One Is a Three-Track Record Breaker 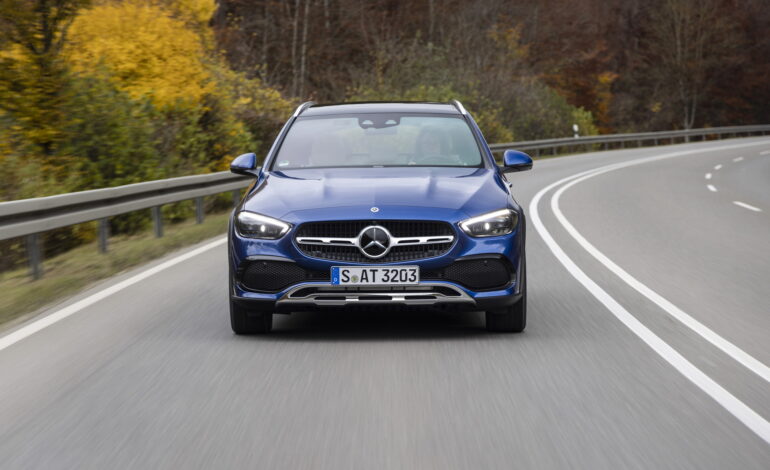 The Ultimate Guide to Mercedes-Benz Maintenance