It looks like Lewis Hamilton is back on track. Both literally and figuratively speaking. The British driver snatched a third place in the Austrian Grand Prix at the Red Bull Ring. It is his third podium finish following Silverstone and Montreal.

It looked like it was going to be a damage limitation race once again for Mercedes-AMG Petronas. The drivers of the team started in P4 (George Russell) and P8 (Lewis Hamilton). The Briton had even crashed his car on Saturday and the team had to put in some massive extra work to put it back together. 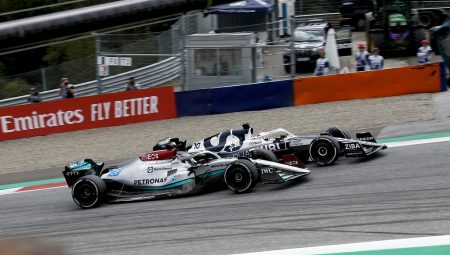 When Mercedes was trying to get as many points as possible away from the podium, the race took a dramatic turn. While he was running second, behind teammate Charles Leclerc, Ferrari’s Carlos Sainz ended up with his engine going up in flames and had to retire. The driver walked away unharmed, but what a shame after his win in Silverstone.

Starting second and overtaking Max Verstappen three times at the Red Bull Ring, Charles Leclerc finished first, in what was Ferrari’s first victory in Austria since 2003. It was the Monegasque’s fifth career win.

The Dutch managed to keep hold of his second position, making thousands of fans happy. The race ended in orange smoke fogging up the racetrack from the stands.

Lewis Hamilton got his third place in three races in a row. Meanwhile, teammate George Russell managed to overcome penalty and early damage following a collision with Sergio Perez and made his way to fourth place. 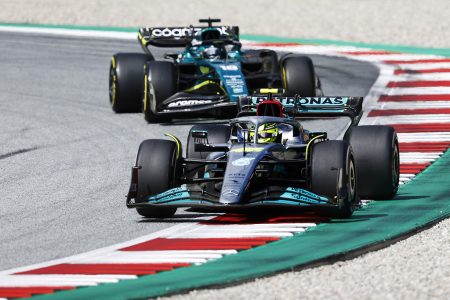 In the overall ranking, the two have to settle for the 5th and 6th spots, respectively. Champion Max Verstappen stays in the lead (208 points) with Charles Leclerc 38 points behind him. Mercedes-AMG Ptronas is third behind Ferrari and Red Bull Racing.

Next stop is France, on July 24th.