Kevin Wendt and Astrid Loch have finally said “I do!” The “Bachelor in Paradise” alums tied the knot on Friday, four years after they met on the reality dating show.

According to People, the couple exchanged vows at the Powel Crosley Estate in Sarasota, Florida. Loch stunned in a custom Gaila Lahav gown, with Wendt opting for a traditional black tuxedo. Their nearly 1-year-old son, August, adorably matched dad, and was by his side during the ceremony, waiting patiently at the altar for his mom to make her grand entrance.

Loch walked down the aisle to John Legend’s “Conversations in the Dark”, with her stepfather serving as the officiant. The couple decided against having a traditional wedding party, telling the outlet that they instead selected “special people” to help make their big day smoother.

Wendt and Loch aimed for their wedding to be “timeless” and “classy,” telling People they wanted to “look back at pictures that would still look beautiful in 20 years.”

Loch shared a look at Friday’s festivities on her Instagram Stories, writing, “Mr. and Mrs. Wendt,” over a clip that showed off a stunning scene from their sunset reception.

“Yesterday was absolutely magical, and I can’t wait to share more with you all,” she added.

For his part, Wendt shared a look at he and his bride after the wedding’s end. Zoomed in on his new wedding band, the pic saw an elated Loch in the background, smiling for the camera while wearing a white robe.

Following their wedding Friday, the newlyweds will be jetting off to the Bahamas for their honeymoon.

Ahead of their nuptials, Wendt took to Instagram to answer a question he’s often asked: “Hey, is that show you went on fake?”

By way of answering, Wendt shared a video featuring some of his and Loch’s best moments together, along with a lengthy caption about everything they’ve done together since meeting on “BiP”.

“Let’s spend forever building this family and this life’s resume hun,” he added. “Us against the world.”

The couple met on season 5 of “BiP” in 2018. Though they ended their romance ahead of the finale, the pair got back together shortly thereafter. Loch, who first appeared on Nick Viall‘s season of “The Bachelor”, eventually moved to Canada to be with Wendt.

The pair got engaged in 2019, with Wendt writing at the time, “You’ll never walk alone again. From here on out, we run together. Astrid you are my family, babe. Forever.”

“@kevin.c.wendt you’ve taught me to love, learn and grow and I can’t believe you’ve chosen me to spend this crazy life with,” Loch wrote in part on her own post. “Wonder if I’ll ever stop smiling? Probably not. In this together, forever.”

Wendt and Loch originally planned to wed in Nov. 2020, but twice postponed their nuptials due to the COVID-19 pandemic. They welcomed their son in Nov. 2021.

Watch the video below for more Bachelor Nation relationship news. 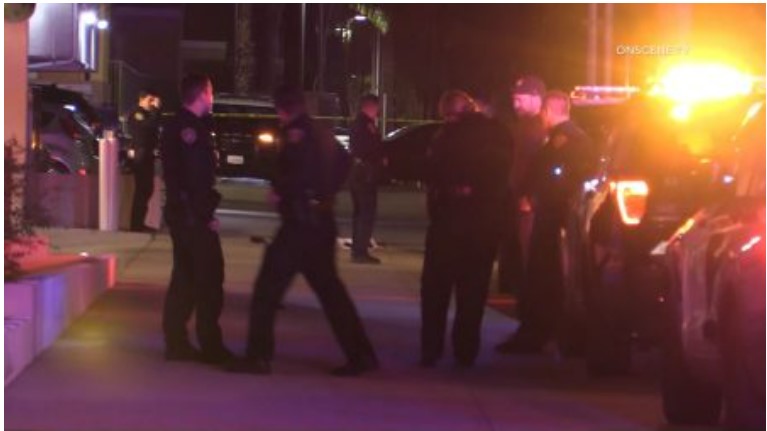