Alex Rodriguez Appears To Be ‘Happy’ With Girlfriend Jaclyn Cordeiro But Isn’t ‘Terribly Serious’ At The Moment, Source Says

Alex Rodriguez and his new girlfriend, Jaclyn Cordeiro, make a perfect match- they are both “fitness obsessed.”

A Miami source recently told People that the fitness instructor and founder of Jacfit “may be as strict about her own regimen as he is.”

“Alex and Jaclyn are both fitness obsessed and into exercise and body building,” the insider added.

It appears that Cordeiro’s interests in fitness align with what Rodriguez tends to look for in a partner.

“He would not date anyone for a few months or longer who was not into daily fitness,” the source explained. “It is a major part of his life.”

According to the source, Cordeiro is into weightlifting, nutrition and body building maintenance just like the former MLB star. She often shares many workouts and nutritional information on her Instagram account. Earlier this week, she posted a video of herself working out alongside Rodriguez.

“They also share parenting in common,” the source continued, adding “I think she is serious about him.” Cordeiro has two of her own children while Rodriguez is a dad to two daughters- Natasha, 18, and Ella, 14.

However, the source told the outlet: “I don’t see Alex getting terribly serious about anyone now.”

“He is a good father and went through a lot with the Lopez breakup,” the insider elaborated. “But he seems to be happy for the moment. I just don’t see anything more than that, at least for now.”

Another source close to A-Rod told People that Cordeiro is “beautiful, bright and educated as well as driven in her career and her life” and that the fitness fanatics “are happy as a couple,” the magazine reports.

“They are enjoying their lives now,” the source shared, “but I don’t know how serious it is.”

Rodriguez and Cordeiro were first linked romantically in October, via a report by Page Six. 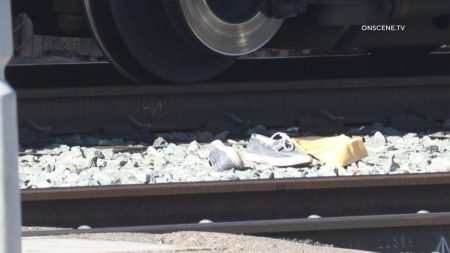