Adam DeVine Reveals That The Infamous Burrito He Threw In ‘Pitch Perfect’ Sent Someone On Set To The Hospital: ‘I Felt So Bad’

In honour of the release of “Pitch Perfect”‘s spin-off series, “Pitch Perfect: Bumper in Berlin”, Adam DeVine and his co-stars shared some of their most memorable behind-the-scenes moments shooting the new comedy.

DeVine, who returns as Bumper Allen, shared that his all-time favourite franchise scene to shoot was “throwing the burrito at Fat Amy [Rebel Wilson]” in the original 2012 film.

“I actually like took out a cameraman,” DeVine told E! News. “I’m like, ‘Where should I aim this?’ They said, ‘Just aim directly for the camera’ and I’m like, ‘Are you sure cuz I’m pretty spot on.’

“And I throw it at the camera and everyone thinks I’m gonna miss but I don’t,” he continued. “I nail the cameraman right in the eye. He had to go to the hospital. I felt so bad.”

Flash forward and the new series sees DeVine reunite with Sarah Hyland for the first time since they left “Modern Family” fans longing for more between their respective characters Andy and Haley in the popular sitcom.

Hyland shared what it was like to act alongside DeVine again.

“Adam is so funny and it’s really hard to keep a straight face,” the actress said of her comedic co-star. “There’s some moments where I would just look over at him and have to turn away.”

Lera Abova, who also stars in the new series, agreed with Hyland adding that she “couldn’t stop laughing” during a scene where “Bumper [DeVine] is recording a song” while jammin’ out with a tambourine.

She recalled thinking, ‘I can’t believe that’s real’,” as she watched DeVine improvise the scene, which she described as “pretty freaking hilarious.”

Elsewhere, Jameela Jamil gushed over Hyland being “one of my favourite scene partners to rift with.”

“From the second we stepped on set together, there was this kind of magic between us,” Jamil said of meeting Hyland for the first time on set.

“There’s a [bathroom] scene with Sarah that I think will go down in my memory as like one of my favourite acting experiences,” she said, to which Hyland agreed, adding that it was “so much fun” to film.

Jamil also had to shoot an “intense” scene with co-star, Flula Borg, on her first day on the job.

“First thing I had to do was like grab Flula in my arms, throw him down and lay one on him. That was so intense. It was such an intense way to meet someone,” she said of their “smoochy scene.” Borg agreed, noting that he wasn’t informed that their characters were supposed to kiss.

“Pitch Perfect: Bumper in Berlin” is now available to stream on Peacock. 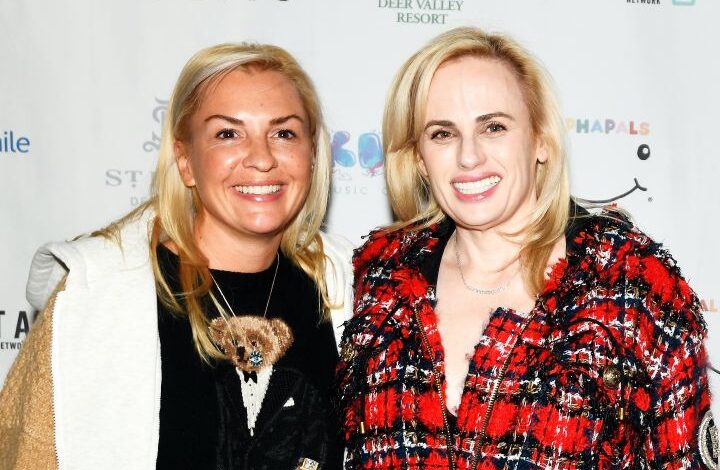 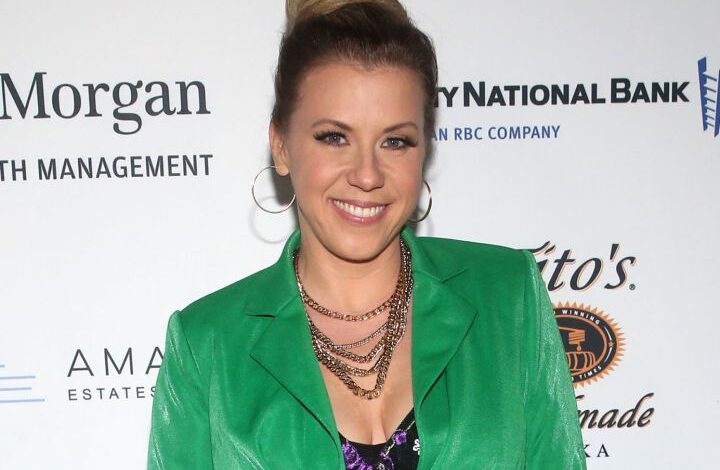